Tim Leuzarder is an effective leader whose success is rooted in understanding people. With an in-depth knowledge of NYC and clear communication with his clients, Tim is able to put their needs first to find the perfect apartment and neighborhood. Having lived in the city for over 20 years and worked in NYC real estate for 10 years, he has a deep knowledge of the city and has secured deals in every neighborhood of Manhattan, from Harlem to the Financial District.

Tim has been working in sales since he was in his late teens, and has managed sales teams on Wall Street. He started working in real estate in Northern California in 2004, and began working in NYC real estate in 2010. He then worked at a top real estate development company for 5 years, specializing in luxury new development. Tim is certified in 4 different types of coaching, and has been working with clients on the side for the past 8 years. He also produced, wrote, and starred in 2 one-man shows, one of which was selected into the United Solo festival and was performed on Theatre Row. Tim is currently finishing up a documentary that he created and is producing.

Tim is originally from Florham Park, New Jersey, and received a BA in Communications from George Mason University. He has lived in Long Island City since 2008. In his free time, he writes, plays tennis, dabbles with standup comedy, and spends some time being mildly stressed out over some of his teenage son's decisions. 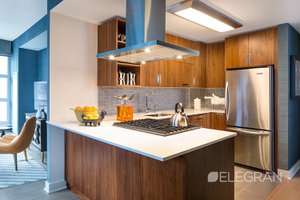