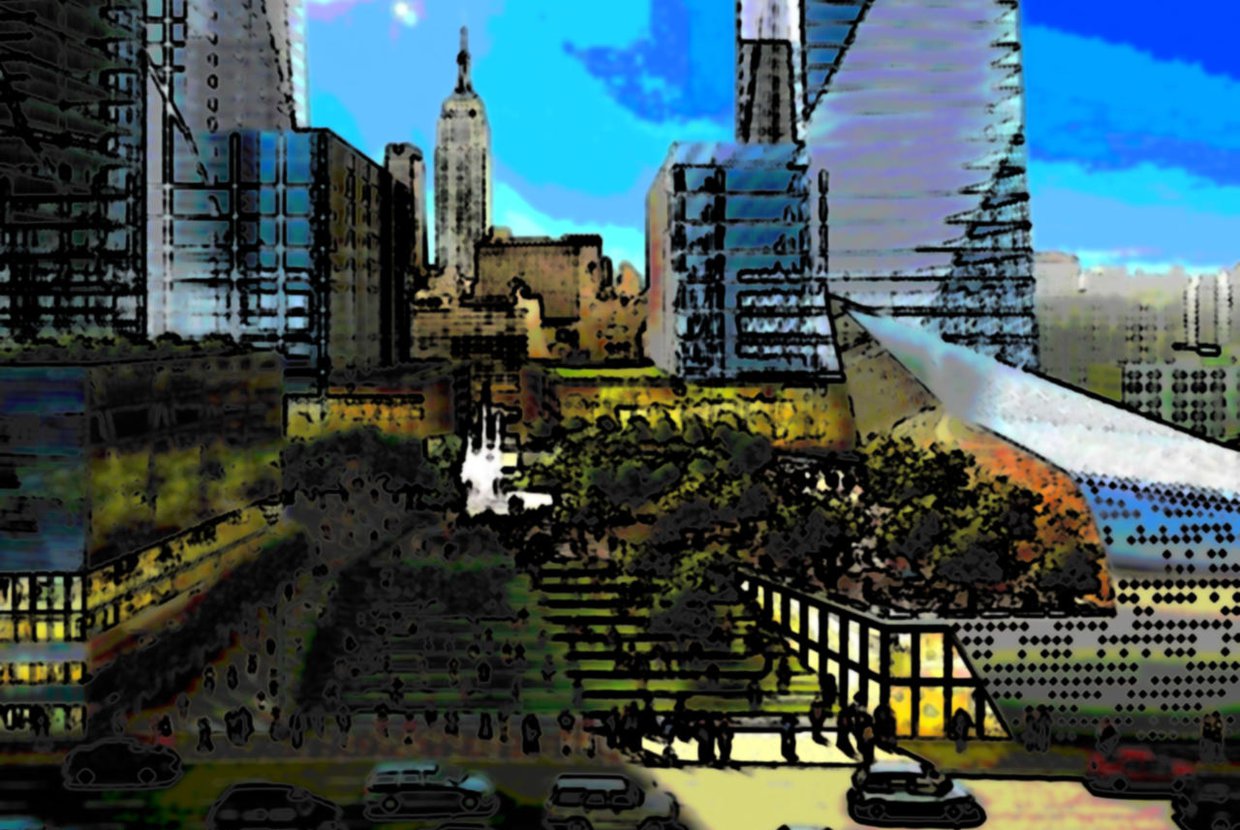 The Hudson Yards, one of the signature development projects in the works for Manhattan, is a vast undertaking, requiring the coordination of a multitude of city organizations. Upon completion, the Hudson Yards’ numerous skyscrapers are expected to contain thousands of residential units, millions of square feet of retail and office space, and copious amounts of waterfront and green space. The Hudson Yards can only be described as massive, covering a 33-square-acre area that was extensively re-zoned in 2005. But what are the Hudson Yards, especially since so little of the project has even hit the groundbreaking phase?

The Hudson Yards development takes its name from the large rail yard to the west of Penn Station, yet the Hudson Yards is larger than this. The Department of City Planning’s 2005 re-zoning roughly encompasses the area between 28th and 43rd Street to the west of Ninth Avenue, ending at the Hudson River. When the rail yard itself is decked over, the most immediate effect is the restoration of what is currently a detached and broken street grid, easing traffic in this transportation-heavy section of Manhattan.

Decidedly mixed-use, the Hudson Yards’ development densities are neatly layered. Almost completely-residential sections have a minimum floor-area ratio of 6 or 6.5, similar to mid-rise residential districts with some ground-level retail scattered throughout, slowly growing to a FAR of 9-10 in mixed-use districts, finishing off with commercial zoning of between 10-19 FAR. The highest FAR is located in a square bounded by 30th Street, Eleventh Avenue, 34th Street, and Tenth Avenue, directly above the new western terminal of the 7 line of the subway, which is currently being extended to ease access to the site and encourage sustainable development. Maximum FARs, however, can increase all the way to 33, a number seen few times outside of Midtown and Lower Manhattan. This is unprecedented not only in New York City but also the United States as whole, singalling the need to efficiently house new residents and businesses.

The most prominent feature of any Hudson Yards map, however, is the trapezoidal slice of greenery between Tenth and Eleventh Avenues, stretching from 32nd all the way to 41st Street. Surrounded by high-density commercial and residential skyscrapers, this line of parks and communal spaces ends at a square in what is known as the Eastern Railyards District, connecting to the now-finished Phase 2 of the High Line and offsetting what would otherwise be overwhelming development.

Further, to create smaller, more intimate “neighborhoods,” the Department of City Planning has divided the Hudson Yards into districts, all of which correspond roughly to the land uses present within them. The five districts -- Hell’s Kitchen, the Large-Scale Plan, the Farley and 34th Street Corridors, and South of Port Authority (SoPA, anyone?) -- each have particular zoning and height regulations that create “spaces,” in planning terms. The Hell’s Kitchen sub-district, for example, covers an area with C1-7A, R8A, and C6-3 zoning with height limits of between 120 and 180 feet in order to preserve a part of the existing neighborhood’s character, while the Large-Scale Plan’s C6-4 zoning and high distribution FAR of up to 33 allow it to centralize high-density development.

Overall, the Hudson Yards’ large scale and lofty zoning regulations will enable it to house thousands of new residents in a vibrant and centrally-located space. The Department of City Planning has, in many ways, successfully re-zoned the area so as to draw in development in a gradual yet efficient manner. However, as Part 2 in this series will analyze, the effect the Hudson Yards has on luxury real estate in Manhattan is even more profound.