New Park in the West Village on the Way 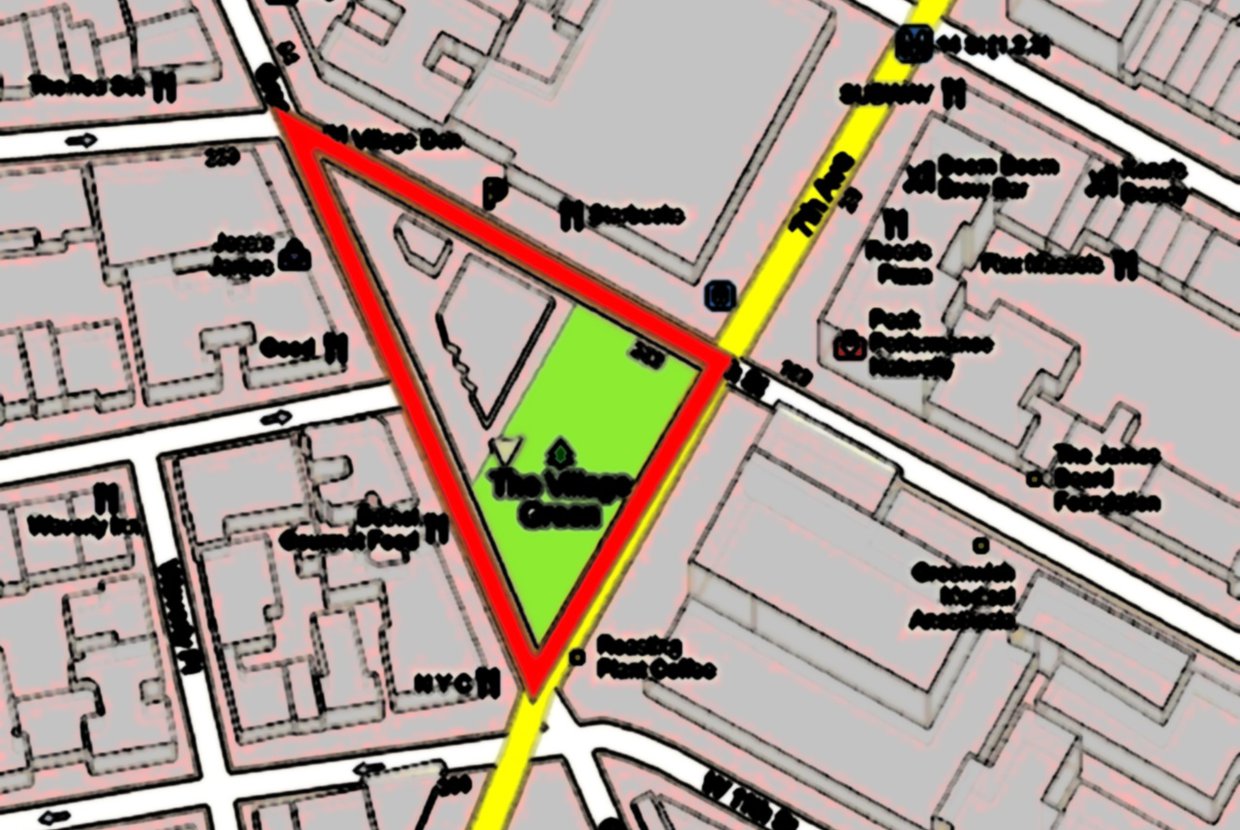 After serving the west side of Manhattan for over 160 years, St. Vincent’s Hospital permanently shuttered it’s doors last year. After the Rudin Family purchased the property in hopes of turning it into a luxury condo building, the complicated negotiations with the New York City government began. While they’re far from settled, a significant compromise has emerged: a small maintenance block off 7th Ave will become a public park. This is somewhat ironic considering that it is private property, but New York’s Universal Land Use Review Procedure requires the site to fulfill open air and public space requirements, and that gated plot of land does just that. It currently contains two separate buildings: a former material handling facility in the middle and a smaller building at the westernmost edge. The Rudin proposal will transform the plot by eliminating the facility in the middle of the park, thereby creating more than 15,000 feet of park space for the public.

This triangular tract just below 14th Street on 7th Avenue could only exist in the West Village - the unique triangular grid and criss-crossing streets give it a large part of it’s character. Whether or not the new park will actually reflect that character is another matter entirely. Residents are not keen on the Rudin plan, but not because of the remaining building; the design is apparently bland enough that it is indistinguishable from any other pocket park, at least in their eyes. The objections are amplified by the positioning of the park. Since it is situated at the northern edge of the West Village right by a subway stop, it is an “ambassador park” to the neighborhood. At the end of the day though, the land is private, so the final decisions about the design will be out of residents’ hands. Either way, a bland park is better than none at all, so keep an eye open for a new green space in the West Village.