From Tragedy Comes Community: Neighborhood Comes Together After Inwood Fire 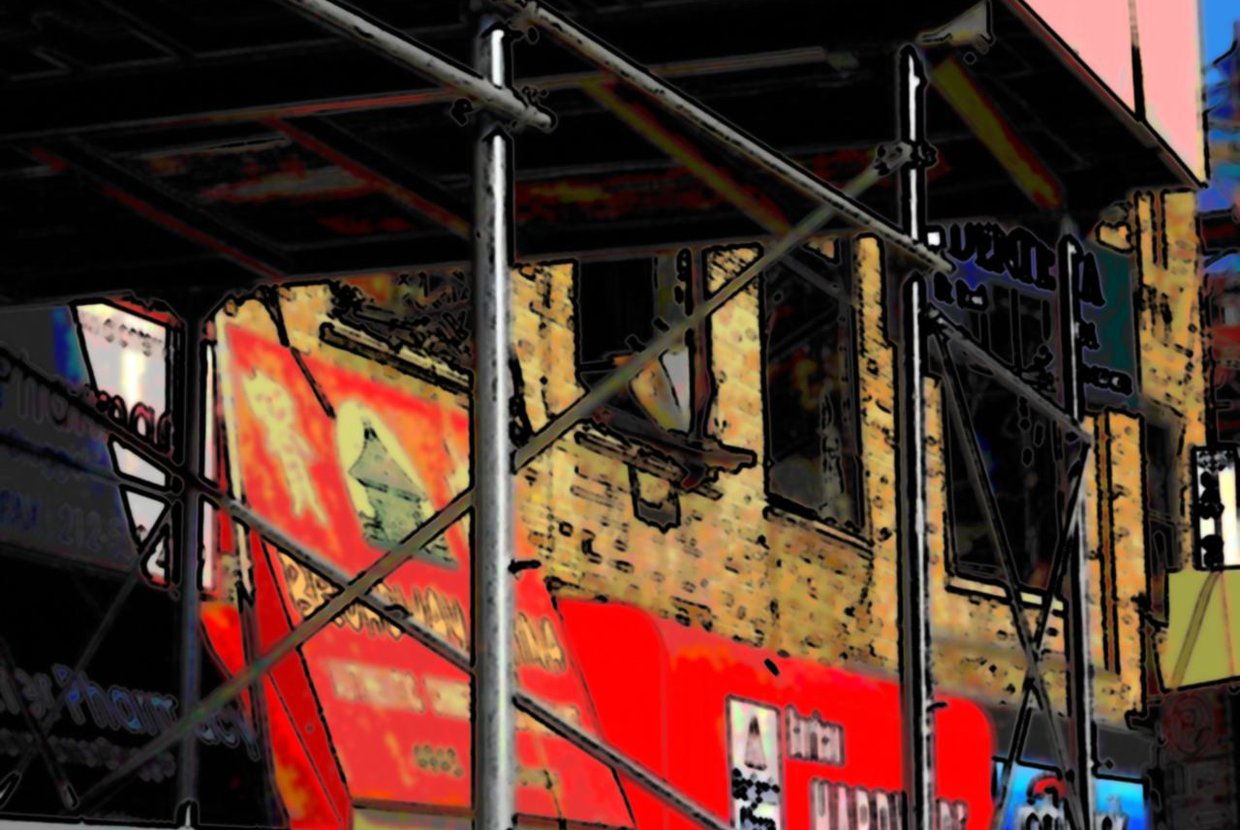 Last Tuesday night, January 3rd, beginning around 11:00 PM, a fire broke out in a commercial building in Inwood on 4945 Broadway off 207th Street. Residents and nearby store workers came outside in the freezing cold to watch the fire blaze. According to a bartender at Piper’s Kilt, a bar across the street from the building, the FDNY arrived roughly ten minutes after the fire began. It took 138 firefighters almost 4 hours to put the fire out. Two firefighters suffered minor injuries.

The next day, Inwood resident Richard Van Le formed a Facebook group called the Inwood Community Group to galvanize support for the business owners whose stores had been destroyed by the fire. Within 24 hours the group had gained hundreds of members. The members used the group to organize a community meeting that took place on Friday, January 6th. Interest in the meeting was so high the location was moved from a small Indian restaurant to a nearby church.

At the meeting, according to minutes available online, the storeowners expressed their gratitude for the community support, and representatives for some local politicians pledged to help. Now community members are planning fundraisers for the storeowners. Another meeting may be scheduled as well.

One member of the Facebook group instrumental in setting up Friday’s meeting is Emily Ackerman, an actor, playwright, and part-time realtor who has lived in Inwood for the past 5 years. After joining the Facebook group the day after the fire, she made a few phone calls to some friends about what the neighborhood could do to help. According to Ms. Ackerman, the community response has been overwhelming. “What started as a couple phone calls has become a kind of incredible community mobilization,” she said.

To understand Inwood’s response to the fire, it is necessary to understand a little about Inwood. Located in the northernmost corner of Manhattan, it’s a small NYC neighborhood that Ms. Ackerman described as a “little village” inside the city. Many of the stores lost in the fire were considered essential parts of the community. Furry Friends, a pet store and one of the stores that burned down, was the only one of its kind in the entire neighborhood.

Dichter’s Pharmacy, another casualty of the fire, was a popular local pharmacy. The owner, Manny Ramirez, has expressed immense gratitude for the outpouring of support he’s received. And Bread and Yoga Studio, a yoga studio that doubles as an unofficial Inwood community center, was particularly cherished. The store’s owner, Marcela Xavier, has already reopened her after-school program in a temporary location, in part because of the neighborhood’s wish to see the program continue. “Bread and Yoga was a huge community loss,” said Ms. Ackerman.

Other residents were equal

ly distraught by the fire, and eager to organize into a more active community. Walid Ottman is an employee at Optimo Cigar, a deli across the street from the burnt building. He says the Inwood Community Group has “definitely helped.” He went to the meeting on Friday, and is interested in going to more.

The Inwood Community Group currently has over 550 members. Posts are put up constantly by members with information about fundraising events, requests for volunteer work, new information about the fire, or anything else that keeps the community together and interested.

Local politicians have also gotten involved. Martin Collins, community liaison for District 7 City Councilmember Robert Jackson, said at the community meeting on Friday, “We are going to work together with you to rebuild, and get working as quickly as possible.”

State Senator Adriano Espaillat, who represents parts of northern Manhattan and the Bronx, reiterated that sentiment. "Together, we will continue to help our neighbors and build a stronger, more prosperous community we can continue to be proud of," he said in a statement.

But it’s the community that is making sure that everyone affected by the fire lands on their feet. Ms. Ackerman said that the next step is to set up an official fundraising effort. She has set up a charity fund with Inwood Community Services, an official 501(c)(3) organization. While no one is sure what will become of the Inwood Community Group, some have expressed hope that they can use it to organize other community programs as well. One person suggested creating an Inwood flea market, while another expressed interest in creating a neighborhood watch patrol group. If the group can stay active, it will demonstrate how the small Inwood community came together to turn the Inwood fire into something positive.

“A tragedy like this galvanizes everyone,” said Ms. Ackerman. “It’s really incredible to see how fast it happens.”

If you would like to contribute to the rebuilding effort, please make checks payable to INWOOD COMMUNITY SERVICES INC, and put FIRE RELIEF DRIVE in the memo line. Mail checks to: Inwood Community Services, Inc., 651 Academy Street, NY, NY 10034