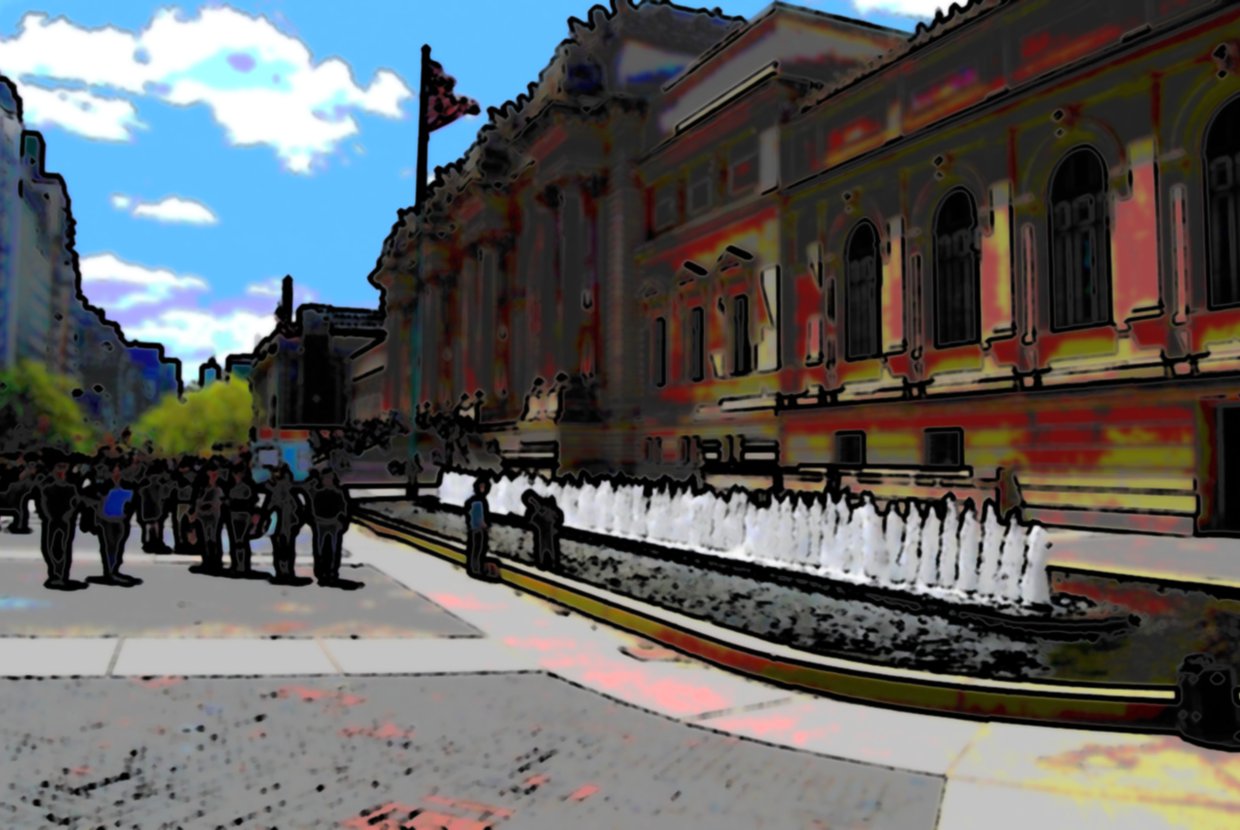 Manhattan’s Metropolitan Museum of Art houses some of the world’s finest paintings, sculptures and drawings, and newly developed plans to renovate the exterior will make the institution a work of art in itself. The museum's last alterations took place nearly 40 years ago, and the iconic outdoor plaza situated along Fifth Avenue is this project’s primary focus. Various transformations along the four-block space are expected to significantly enhance the Upper East Side neighborhood.

While the last renovation was to accommodate car access for museum visitors, an increased amount of foot traffic has contributed to making the Met's outside space more people-friendly. Enhancing the front entrance is at the top of the list, and drawing attention to the seemingly unknown 81st and 83rd Street entrances will be done through construction. The two long fountains situated along the front steps will be replaced with smaller, square granite ones, which will run year-round. The modern alternatives produce a variety of water patterns during the summer, and can function as reflecting pools in colder months. Additionally, the two sides of each fountain will serve as outdoor seating, as they can be used as benches.

Original concepts for the museum’s flowerbeds are being implemented, and the new designs will bring shrubs and plants to both sides of the central staircase along the base of the building. The 44 London Planes currently rooted within the plaza are being replaced with 100 new ones, creating paths to guide visitors into the entrances. This will also result in better shade in the summer, more sunlight in the winter, and an overall softening of noise.

Further advancements include the replacement of façade pavement with granite, and new LED lighting that will allow for energy-efficient, green-friendly nighttime illumination. Current vendor spots will be re-designated, as new kiosks are going to be built for refreshments and visitor information. Although the cost of the renovation is currently unknown, construction is slated to begin later in 2012, and take 23 months to finish.