The South Street Seaport Mall Gets a Big Upgrade 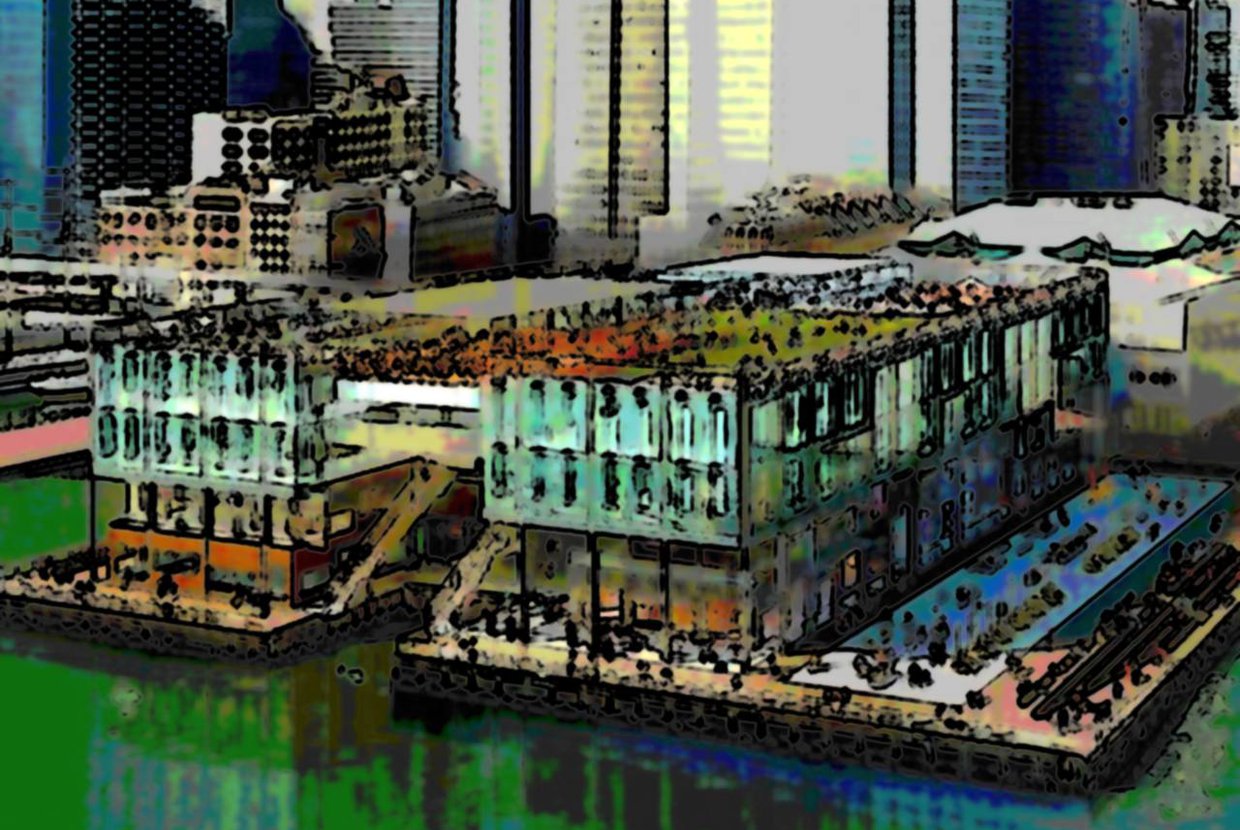 Howard Hughes Corporation executives, owners of the Pier 17 mall on South Street Seaport, revealed their renovation plans to Community Board 1 last week to enthusiastic support. The new Pier 17 mall will bear little resemblance to the current structure; even though it will occupy the same footprint, the similarities end there. Designed by the architectural firm ShoP, the new Pier 17 will be a glass-shrouded, 3-story building with a rooftop park. The transparent structure will offer sweeping views of the East River for shoppers, beautify the surrounding Financial District neighborhood, and become a crucial part of improving the new East River Greenway that runs along the East Side of Manhattan, including neighborhoods like the Upper East Side and the Lower East Side.

This architectural remodeling will feature many innovative designs: the open air bottom floor will be made to resemble a city streetscape; the rooftop park will feature a 600 – 700 seat concert hall; and bisecting walkways will run through the 250,000 square feet of retail space. All in all, it’s a vast improvement over the existing building, something best described as “barn-like,” and local residents aren't sad to see it go. Howard Hughes is investing the time and money to redo the mall on the pier largely because it has been a disappointment since its 1985 opening and has failed to generate the revenue that it was expected to.

CB 1 members loved the new plans, and understandably so, since a bold, futuristic structure like this one will go a long way in stimulating new construction of residential apartment buildings, bolstering the local economy, and raising property values for residents of Financial District luxury apartments and condos. Vera Sung, a CB 1 member, told the Tribeca Trib that, “I think it’s a fantastic makeover from what is there presently. I can’t wait to go.” The plans are still in the preliminary stages and must get approval from the Landmarks Preservation Commission and the Economic Development Commission by June of this year. There’s no timetable as of yet for its construction and opening, but hopefully it won’t take too long to become a reality.