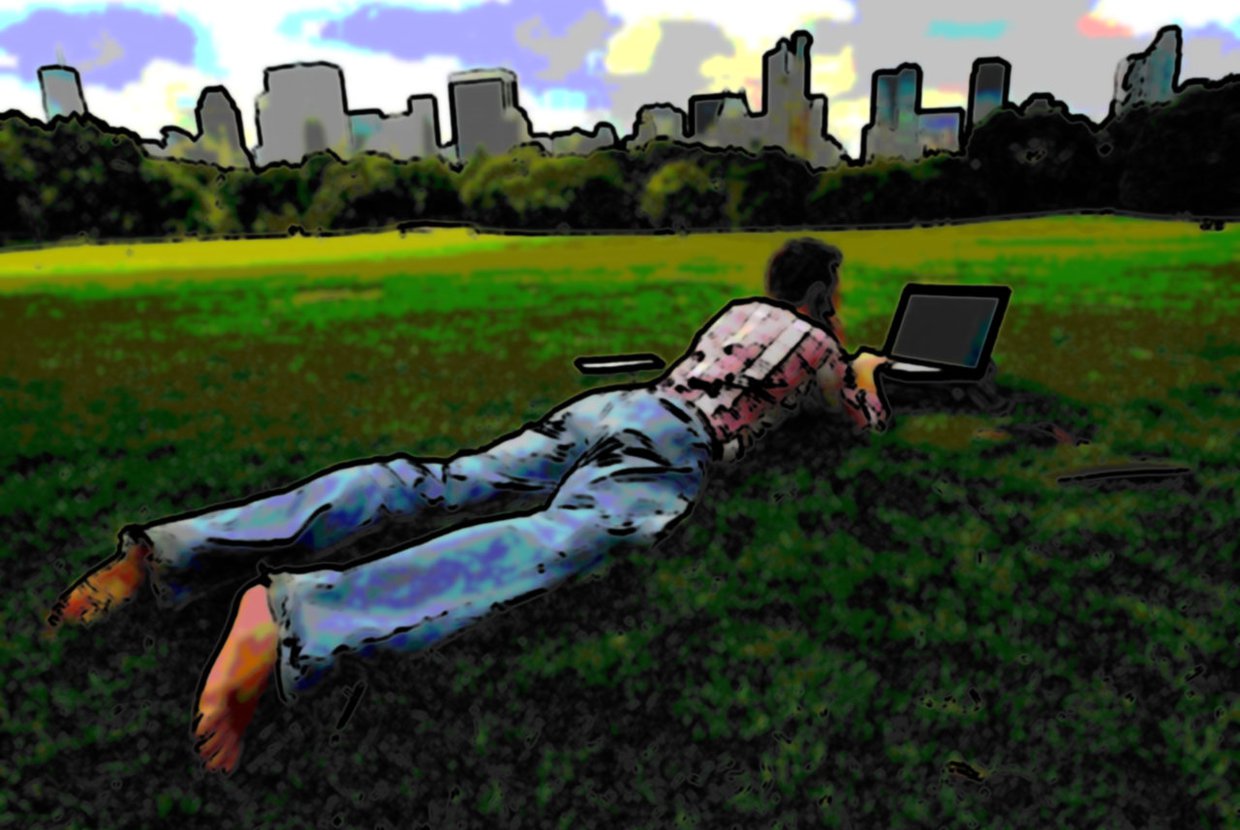 Sending e-mails and streaming your favorite shows within New York City’s most historic park could soon become a permanent convenience, as the Parks Department is applying to have once-temporary Wi-Fi hotspots remain in Central Park. The free service is powerful enough to download a book or movie, making park time even more enjoyable for many of the Manhattan neighborhood's frequenters.

Currently, there are three antennae on top of one of the Central Park Zoo buildings near East 65th Street, and two more just north of Sheep Meadow. The Parks Department needs permission from the Landmarks Preservation Commission to have the 20-inch antennae made permanent, and efforts are being made to make the towers blend in as much as possible. Along with being painted silver-gray to blend into the sky, the antennae are also above roof lines and beyond eye level, minimalizing visual impact.

Despite some hesitation from Upper East Siders, local committees have passed resolutions to support the project before it heads to the Landmarks Preservation Committee. The installation of the antennae in Central Park is just one component of a larger citywide promotion to bring Wi-Fi to 26 different locations in 20 parks. Free service is being provided by AT&T, and is so far running in East Harlem’s Jefferson Park, the Bronx’s Joyce Kilmer Park, and also lower Manhattan’s Battery Park. From July through early September, Central Park also has Wi-Fi in Rumsey Playfield, where SummerStage concerts take place. With many New York City neighborhoods still urging to have Wi-Fi in their urban pastures, visitors can certainly expect more technological expansions to come within their local parks.