Meet the Next Generation of NYC Cabs 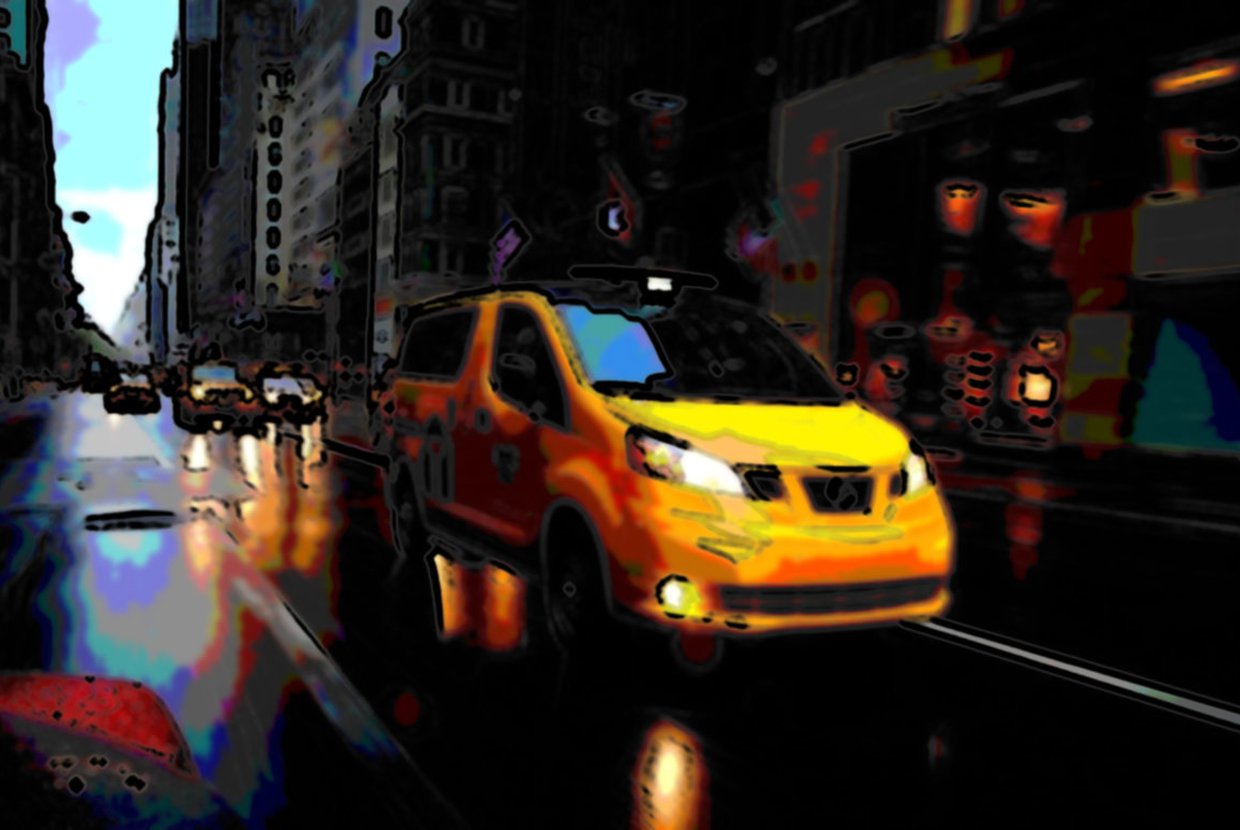 The new look of Manhattan is getting a cab to match. Timed to coincide with the New York Auto Show, the New York City cab of the future will be unveiled today when the city debuts the Nissan NV 200. These aren’t just any old cars that are being subbed in to replace the current fleet though. Nissan designed the NV 200 from the ground up for the sole purpose of being a NYC cab. Generally speaking, an international car company like this doesn’t specifically design a car for one metropolitan market, but after winning a 10-year contract in the City’s Taxi of Tomorrow Contest to be NYC’s sole manufacturer of their 13,000 cabs – a contract estimated to be worth $1 billion – Nissan’s designers tailored the NY 200 to meet the needs of New York City apartment owners and renters.

The NV 200 is the product of months of research, discussion, and fine-tuning. Nissan’s engineers, in conjunction with a delegation from the Bloomberg administration, examined everything from the horns to the floor mats, and in the process they created a new cab that will bear little resemblance to the current fleet of Ford Crown Victorians. For one thing, the look is entirely different; the NV 200 is a plump vehicle that resembles a mini-van, which Mayor Bloomberg admits looks a little suburban. This certainly has much to do with the burgeoning tourism industry in Manhattan, one that has reached new heights in the past year, but residents of Manhattan apartments will likely be pleased with the innovation too.

It’s the attention to detail which should please Manhattan residents, especially because touches like flooring made from anti-bacterial material designed to kill germs and absorb smells will help address the most common complaint of New Yorker cab riders: odor. The flooring will also resemble the speckled floors of the 6 train and be made partially from recycled tires.

The only detail that remains fully intact from the current fleet is the sliding door partitions between the driver and passengers. Virtually everything else is different: the paint is a brighter shade of yellow; the cab’s interior will include yellow stitching and a yellow trim on the seat belt; and the sound of the horn will be much less shrill – the city dubbed it “low annoyance.” The new cabs will also include airplane-style reading lights, power outlets for laptop and cellphone charging, a transparent roof, and floor lights.

Medallion owners will be required by the Taxi and Limousine Commission to purchase the Nissan NV 200 as they retire cabs from their old fleet (each NV 200 costs $29,000 a pop). The NV 200 will be phased in gradually over the next 3 to 5 years. Given that many of NYC’s existing cabs have broken underbodies, rusted-over suspensions, and dirty interiors, it definitely won’t hurt the appeal of Manhattan as a modern city of international renown. While they won’t be here for another few years, it won’t be long until every cab in Manhattan is made by Nissan, so owners of luxury apartments in Manhattan should be ready to get accustomed to the sight of the NV 200.