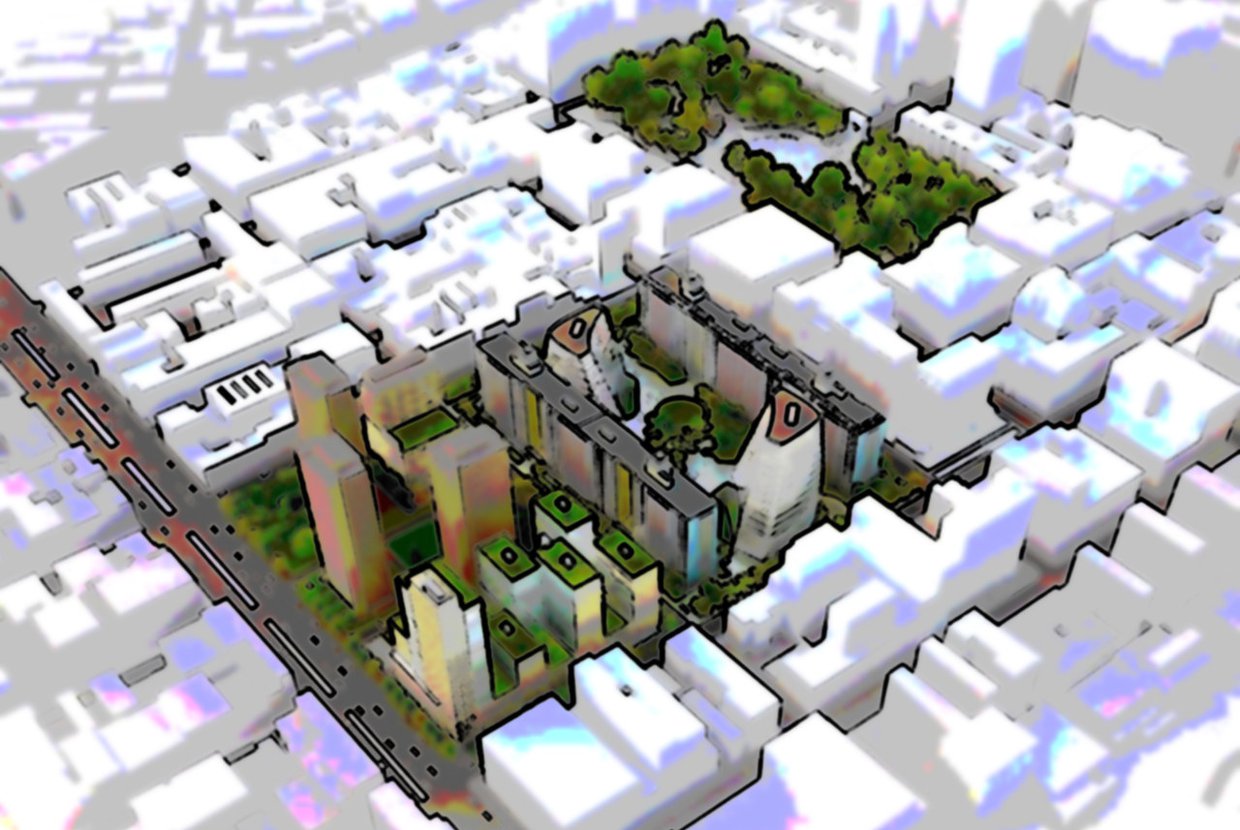 Earlier this month, New York University revised their massive 2031 core campus expansion plan – an initiative that originally planned to build 2 million square feet of newly constructed buildings in Greenwich Village - and they reigned it in enough to win the conditional approval of Manhattan Borough President Scott Stringer. He gave their project the green light assuming that they follow through on their promises to reduce the total building density by 377,000 square feet, preserve public strips of parkland and two community playgrounds near Washington Square Village, eliminate the Bleecker Building dormitories, and set strict guidelines for construction hours. Nonetheless, these concessions to community opposition have done little to quell that opposition, because many claim that the size and scope of the university’s expansion plan will overwhelm the surrounding downtown Manhattan neighborhood.

Spurred on by the fact that Stringer didn’t hold a public hearing on the plan before making the decision, community activists, local politicians, and even NYU's own faculty are still deeply concerned about what the 2031 Expansion Plan will do to Greenwich Village. Leading the charge is Andrew Berman, the executive director of the Greenwich Village Society for Histoic Preservation (GVSHP). He told New York Press that, “Paring down the buildings in the NYU plan doesn’t address the fundamental problem; unless NYU develops a long-term strategy for directing its growth outside of the neighborhood, they will taking over more and more of the Village, tipping the balance of neighborhood character.” He added that similar universities such as Yale, Harvard, and Brown compromised with their local communities by creating satellite campuses in neighborhoods that needed the economic stimulation of new construction.

He has a point, because it’s not as if NYU couldn’t find places in New York City to build. Bronx Borough President Ruben Diaz Jr. said that he would seriously consider any offer from NYU to build in the borough, telling the Press that, “It would be a great asset both for the Bronx and NYU if the school would consider returning to the Bronx and building a campus in our beautiful borough.” Many other opponents of NYU’s plans agree that the massive expansion project would be better suited for a location where large building density wouldn’t be as much of an issue. Simeon Bankoff, executive director of the Historic Districts Council (HDC), said that, “The amount of growth proposed is titanic, and, just like the ship, it might sink the community.”

They aren’t alone in their concerns. A group that includes the HDC, the GVSHP, and NYU faculty has retained the law firm Gibson and Dunn to legally challenge the plan. Even Assemblywoman Deborah Glick released a statement saying that NYU’s plan “continues to be a travesty.” So while Stringer believes that NYU has struck a balance with the community with their revisions, many others would beg to differ, despite the fact that the plan would probably create 9,500 permanent jobs and 18,200 new construction jobs over the next 20 years. Residents of apartments in Greenwich Village are also understandably concerned about living next to a construction site for the next 20 years, but they may have to endure it, because NYU successfully compromised enough to keep their plans moving forward.