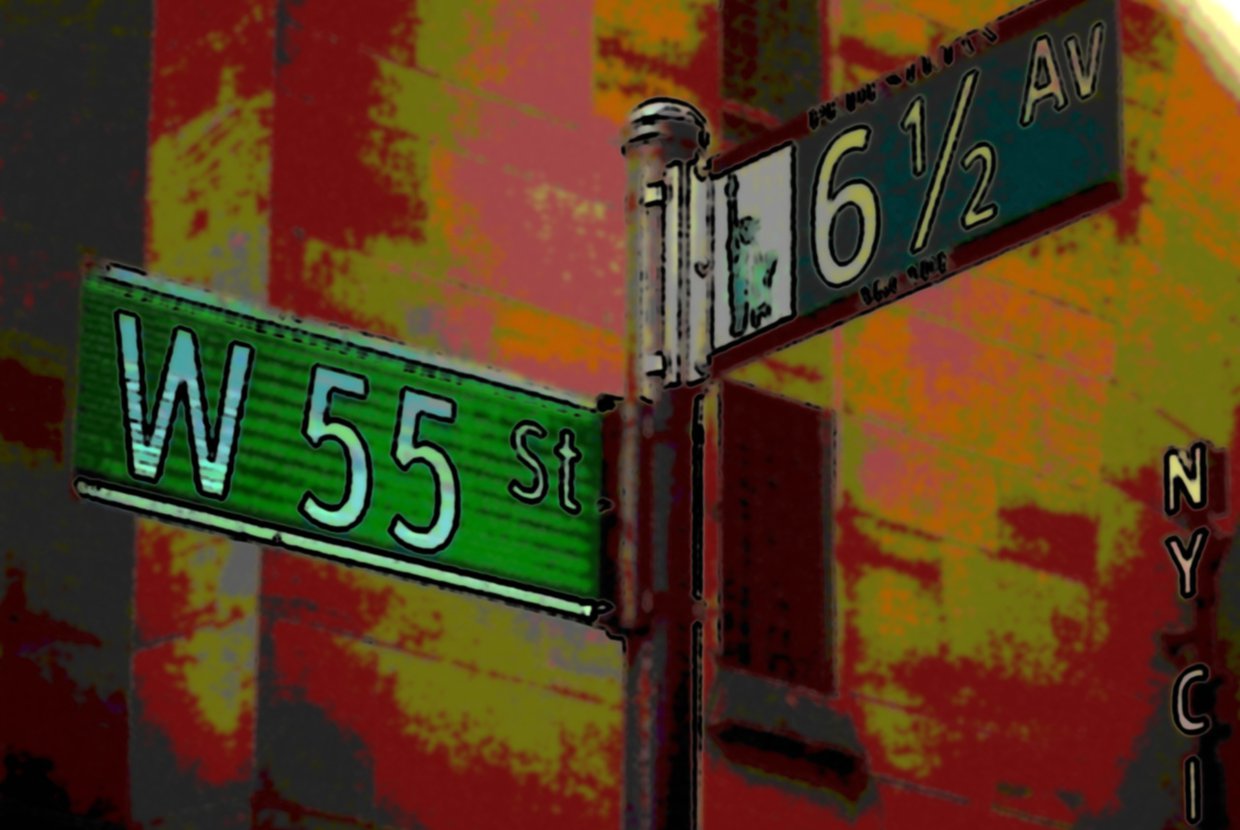 London has a Platform 9 and ¾. Now New York City has 6 ½ Avenue. From 51st Street to 57th Street—between, obviously, 6th and 7th Avenues—a string of several pedestrian sidewalks is now being categorized under this new name. Apartment residents of Midtown West will now see off-green signs announcing “6 ½ Avenue” along the pedestrian crosswalk. Even Google Maps has already christened as such.

The Department of Transportation was the entity behind the new developments, while Community Board 5 proposed the initial plans, approved this past March. The new project reportedly came with a price tag of $60,000, according to DNAInfo. The goal was to optimize the use of the public plazas between streets on 6 ½ Avenue and to cut down on pedestrian congestion on 6th and 7th Avenues—for example, at 51st Street, pedestrians have been known to number up to 1,200 people at peak hours according to Josh Benson, the DOT’s bicycle and pedestrian program director.

In addition to the new street signs, 6 ½ Avenue will also bring a couple of stop signs. Many residents have expressed annoyance at the new stop signs and think they will delay crosstown traffic even more. On the other side of the spectrum, other pedestrians believe that people might not even pay attention to the stop signs. “You’re probably going to see a lot of people blow through it,” said Tony Garcia to DNAInfo, who drives a commercial van through the area on a daily basis.

The loss of public parking space as a result of freeing up space for pedestrians is also a concern. The DOT, however, cited the long-existing need to make crossing streets safer for walking Manhattanites. They added that new parking spaces would be opened up in other parts of Midtown.