Wanted: A Home For The “Sphere” 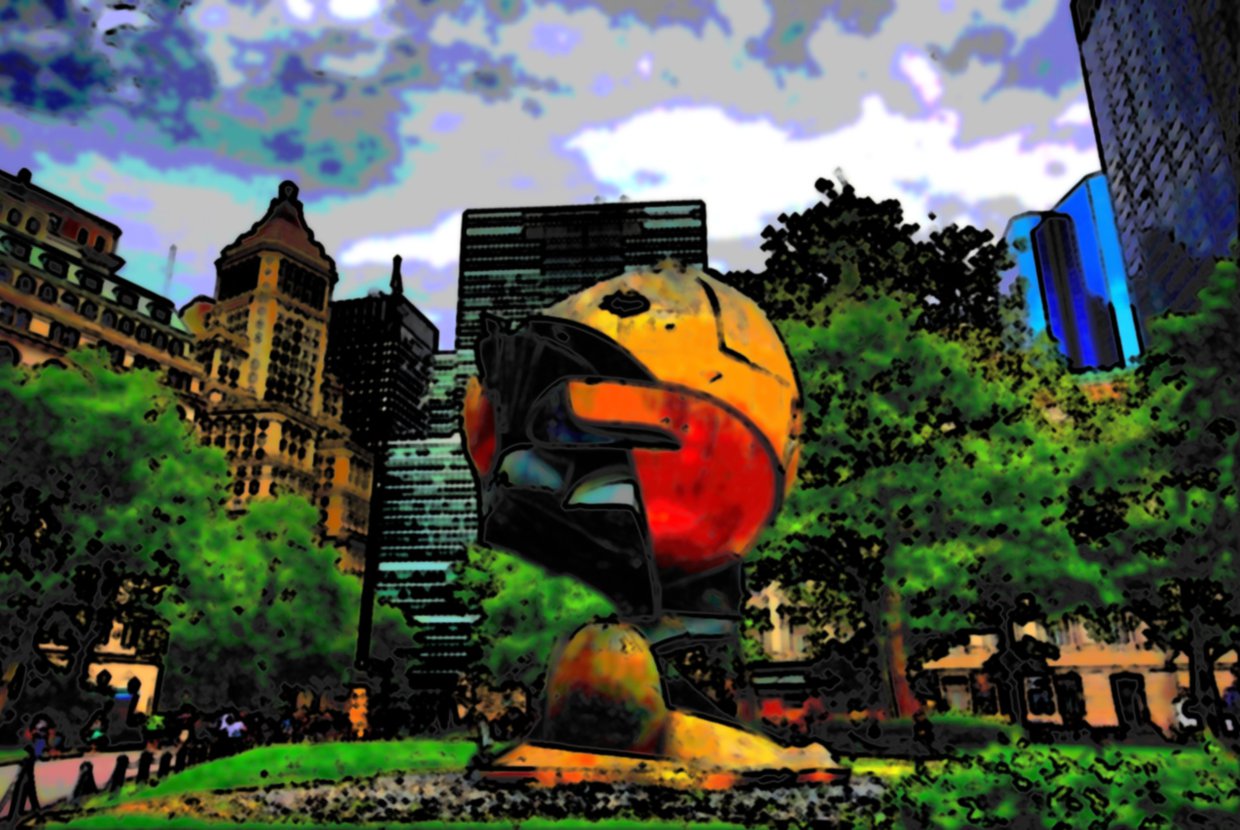 When it comes to New York City parks, Battery Park in the Downtown Manhattan neighborhood doesn’t seem to have the same high profile status enjoyed by other Manhattan parks like Central Park and Bryant Park. However, it is this 25-acre park that has been the home for “The Sphere for Plaza Fountain” for the past ten years, a vestige of the September 11, 2001 terrorist attacks that destroyed the World Trade Center, the Sphere’s former home. But although Battery Park was never intended to be the final resting place of the “Sphere,” it seems the city and its administration have still not decided where this awesome, albeit disfigured, creation of German sculptor Fritz Koenig must be placed.

The “Sphere” was installed in the World Trade Center plaza in 1971, with its structure representative of "world peace through world trade." After the September 11 attacks, the sculpture was recovered from the rubble pile and six months after the attack, it was installed in Battery Park, under the watchful eye of Koenig, as a 9/11 memorial. At the time, Koenig had said, “It was a sculpture, now it’s a monument,” a feeling that was reinforced with similar statements from Governor George Pataki, Mayor Mike Bloomberg and others. But despite the many effusions of praise from them and residents of New York who consider it a very important piece of the city’s history, the “Sphere” hasn’t been able to find a permanent location to be grounded at.

While the new 9/11 Memorial Plaza would seem like a good place to keep the sculpture, the mayor and his administration have distanced themselves from that idea. The New York Times seems to think that this is because the memorial has been designed “to underplay evidence of the savagery of 9/11.” But given that the Memorial Plaza has taken in the “Survivor Tree,” a callery pear that was damaged in the attacks but later tended and grown back to full health, this doesn’t seem like a good enough reason. Several New Yorkers, upset with the mayor’s actions, had also banded together to raise a petition to persuade the mayor to give the “Sphere” the centerpiece location at the 9/11 Memorial Plaza.

However, if the 9/11 Memorial Plaza refuses to take it in, there is another location that could potentially be home to the “Sphere.” The New York Times has revealed an open space opposite the north memorial pool, a space that is under the control of the Port Authority of New York and New Jersey, who originally commissioned the creation of the “Sphere.” Michael Burke, who started the aforementioned online “Save the W.T.C. Sphere” petition, is in agreement with the proposed location as well, where it wouldn’t disrupt the design of the Memorial Plaza but, at the same time, remain at a location where its significance will forever be remembered and treasured. As Burke told The Times, “It’s a perfect solution.”