Retrospection and Reflection at 9/11 Anniversary in Lower Manhattan 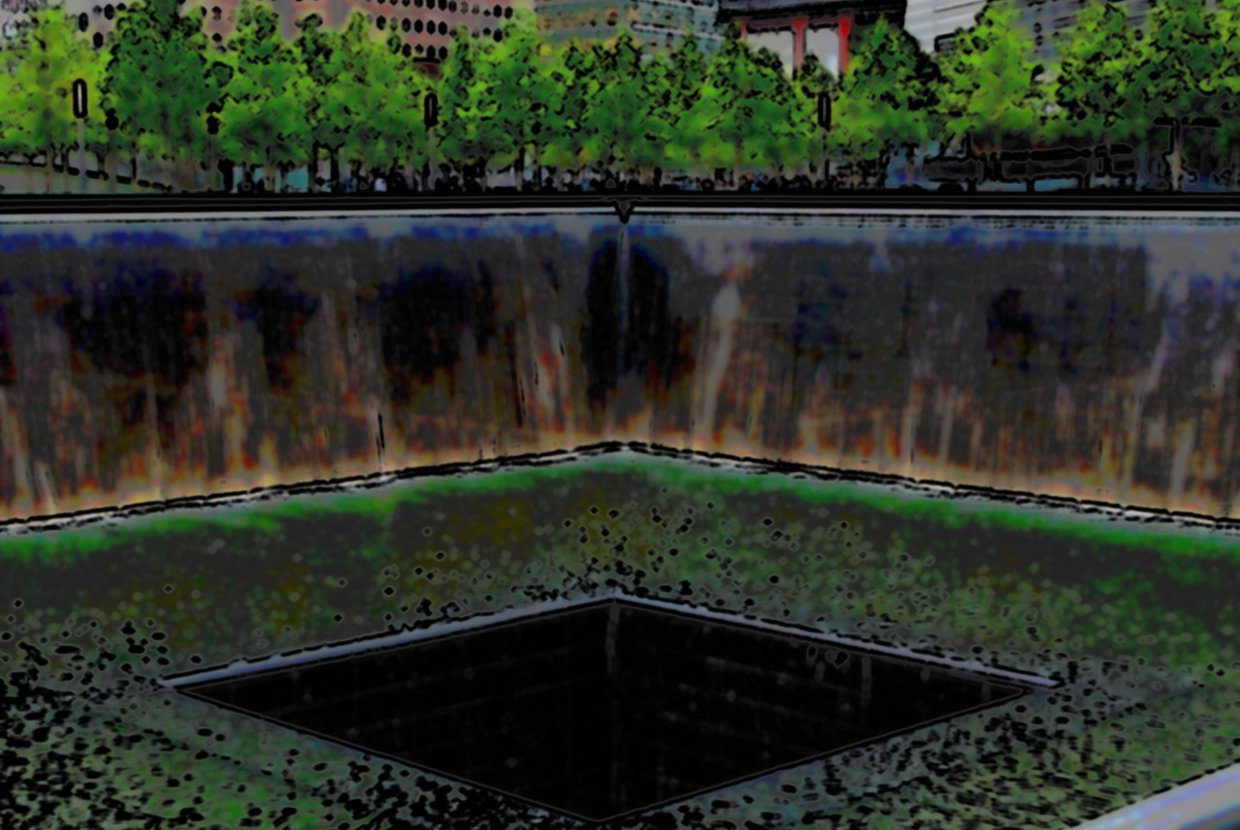 Despite the sudden chill heralding the arrival of autumn, Tuesday morning saw thousands of people make their way downtown to commemorate the 11th anniversary of the terrorist attacks on September 11th, 2001. With tight security measures in place, the mood was quiet and somber, with relatives of the nearly 3,000 victims of the attacks converging at the 9/11 Memorial to remember and reflect on the lives that were lost on that fateful day.

Even though a number of New Yorkers and tourists hung around the neighborhood at nearby places like St. Paul’s Chapel and Zuccotti Park yesterday, there were some who felt that the number of people who had come to mark the occasion had substantially decreased from years past. Joe Loliscio, an ex-captain of the Long Island Fire Department who was one of the first responders to Ground Zero, felt that the low numbers were because people seemed to have forgotten the events that happened 11 years ago.

“I’ve been coming back here for 11 years,” he said. “Today; not a lot of people coming out, which is a shame. It’s a little less every year. Next year, probably less than this.” Loliscio, dressed in his uniform and standing at a corner of Zuccotti Park, also lamented about the fact that despite his services on September 11, 2001, he wasn’t able to be a part of the ceremony happening inside the 9/11 Memorial Plaza, but, at the same time, politicians were allowed to walk right in.

But regardless of whether he gets invited or not, Loliscio promises to return here again for the anniversary next year. “Why do I come here? My wife’s asked me that too. I am drawn here. I got to return. Maybe it’s a way of me dealing with what happened—I feel I have to be here,” Loliscio said. He paused for a minute before continuing: ”I’ll be back next year. Disappointed as I am [on not being a part of the ceremony], you’ll see me standing here next year at Zuccotti Park.”

But for families who lost their loved ones, coming back to Lower Manhattan every year has become a pilgrimage of sorts. “We come up every year. It [New York City] becomes more familiar to us every year,” said Bud Salter, who had lost his sister, 37-year-old Catherine Patricia Salter, in the 9/11 attacks. Salter, an Ohio native who had come to the city with his mother, Eleanor Salter, said that the passage of years have caused them to rethink on how to deal with the memories of the family member they lost.

“For me, last year, the tenth anniversary, was the turning year,” said Salter. “I think my mother said it best when she said it’s time for the mourning to stop, and the remembrance and reflection to begin.” However, Eleanor admitted that even now, some days were still a struggle when thinking about the daughter she lost. “I don’t think it’s something that I’ll ever get over with,” she said. “But it’s something that I can learn to accept. And that’s the hardest part--accepting it.”

“Some day it’ll make sense,” Eleanor said, about her attempts at understanding the tragedy that hit her family. She confesses to being racked by questions occasionally, “and then, other days, when I think about Cathy, I can see her bop up and down these New York streets, and having a good time, and that’s what I remember,” she said. “I remember her having a good time in life.” Both Eleanor and her son described Catherine as an accomplished 37-year-old, a “happy-go-lucky person” whose presence continues to be fondly missed.

“She had a good life,” Eleanor said. “She should have had a longer life; that’s all.” With that, both mother and son nodded, smiled and walked away, promising to return to the city again next year.