A Spooky “Tick Tock” Halloween is Headed to Greenwich Village 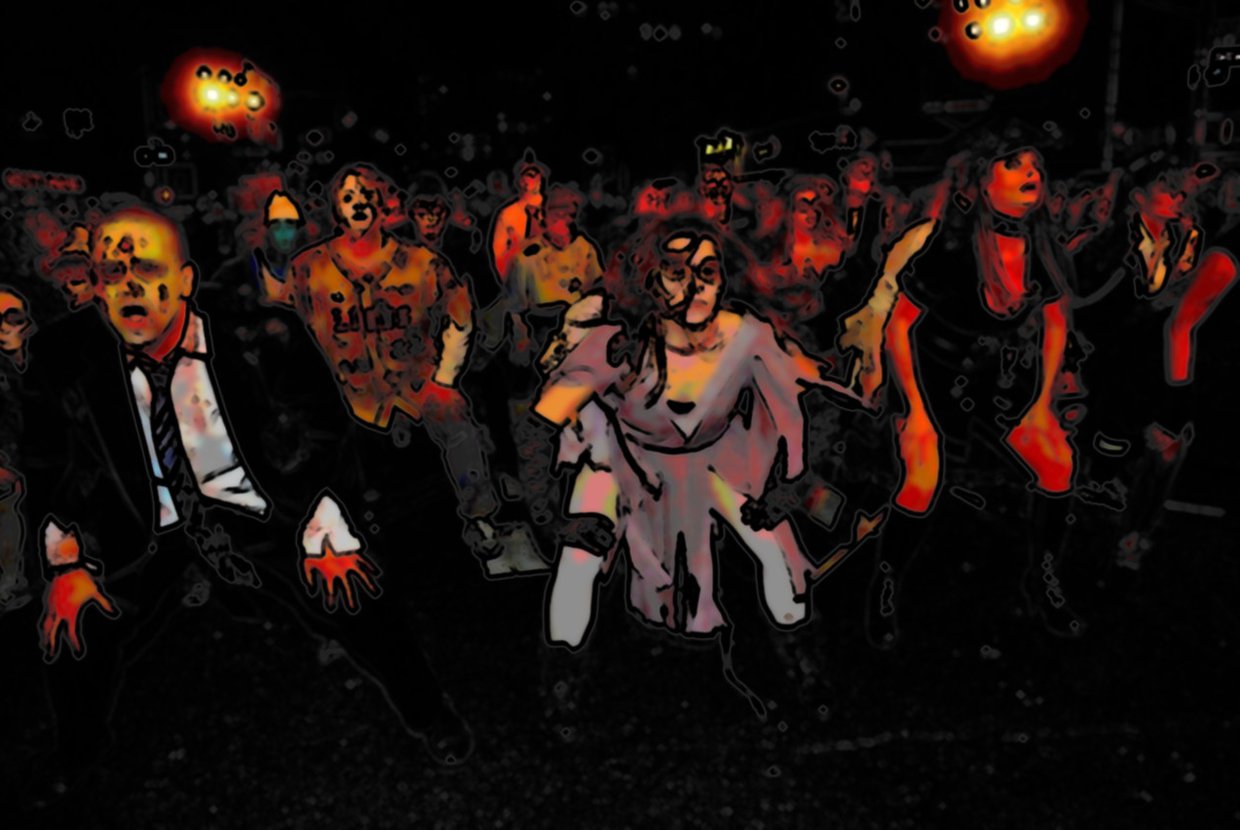 If you haven’t already decided what you want to be Halloween, get ready to shop for the scariest costume you can find, or dig through your closets for your Cinderella costume from last year as soon as you can—it’s time for this year’s 39th annual Village Halloween Parade! On Wednesday, October 31st, more than two million people are expected to fill the streets of Sixth Avenue in some of the most creative costumes in the world. This year’s thriller theme is “Tick! Tock!” which acknowledges the ancient Mayan calendar prediction of the end of the world this year.

This year’s festivities will officially begin at 7:00pm and will include an array of puppets and bands. After a four year absence due to the renovation of the Greenwich Village library, the parade’s giant spider puppet will return to the library’s clock tower.  For the first time this year, Camp Broadway theater educational group will perform two cult classics, and of course, the annual “Thriller” dance will be ready to start off the parade. Residents in Downtown Manhattan will have easy access to the parade, a great opportunity to scare the heebee jeebies out your family and friends while enjoying a night of spooky activities.

New Yorkers, be sure to put the together the most out-of-the-world costume you can think of, as “secret scouts” will be searching for the costumes that can win the Best Costume contest. Those who win might also be lucky enough to win $5,000 from Webster Hall’s own costume contest for the official Village Halloween Parade after party, which will take place at 125 East 11th Street. This seems like a huge benefit for Manhattanites who live nearby and are attending these Halloween events, as they can return to their West Village apartments and sleep off the effects of the festivities in time for work the next day.

If you are not a participant in the Village Halloween Parade this year, then it might be in your best interest to avoid this neighborhood on that date due to the street closures and subway changes that will occur here. This may be hectic for those coming from work and trying to get to their homes in Lower Manhattan, but hey, if you can’t get home, you can always join the parade! For New Yorkers who are unable to go, you can still participate from afar by tuning in to the parade on WPIX 11 and NY1.