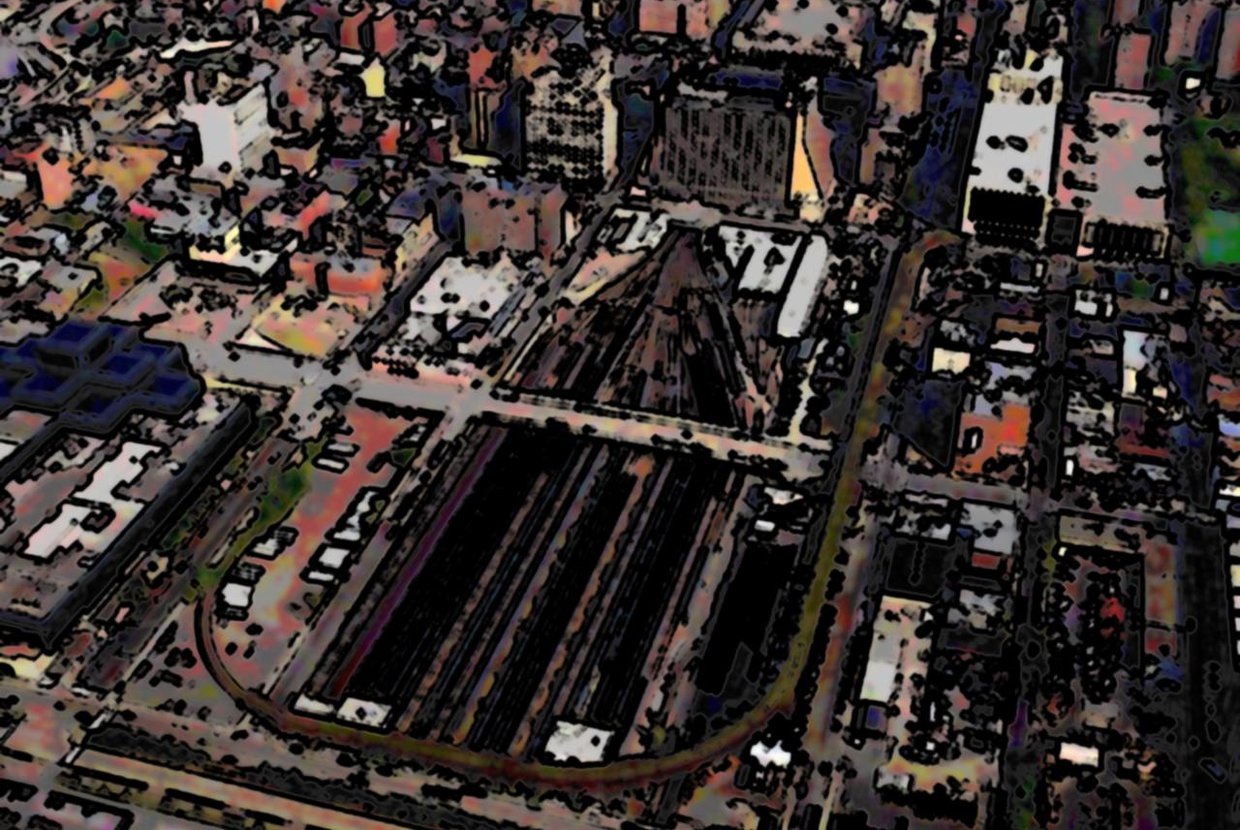 In a few years, this image of the future Hudson Yards will be virtually unrecognizable. With typical New York City speed, this 26-acre storage yard for the LIRR will soon be the central plaza of a new series of developments linking together the High Line, Hudson River Park and Hudson Boulevard. The site will eventually host 16 buildings including offices, residences and even a school, while Hudson Boulevard will be extended north to West 38th. Late last year, Related Companies began work on the first building of the project, a 51-story headquarters for luxury-goods maker Coach. Of course, the lynchpin of the project is New York’s most unique and innovative park.

The project is an excellent example of the symbiotic relationship between developers and designers. The High Line will undoubtedly add value to real estate in the area, an effect that has already been witnessed by property owners fortunate enough to have real estate in Chelsea near the already completed sections of the High Line. Buildings like Avant Chelsea and The Caledonia have already felt the positive effects of their proximity to the park. Meanwhile, to spur on the construction, Related Companies and partner Oxford Properties Group will contribute $27.8 million to completing the third section, almost a third of the project’s $90 million cost.

The sheer scale of the work is undeniably impressive. It is a neighborhood literally being built from the ground up. Underground, workers are digging to install a new water main and drainage systems. On street level, crews are digging up the 150,000 cubic feet of soil that has accumulated since the line was last operational in 1980. Across the street, construction has begun on the Coach headquarters and a new residential building, and above all of these operations, the High Line itself is being rebuilt.

The High Line has enjoyed a special reputation among the parks of New York since its initial opening in 2007. In addition to its elevation, the long, winding park is unique in that it blurs the boundaries between the urban and the natural. While the lines between Central Park and the city are sharp and unmistakable, the idea behind the High Line is to blend with the urban environment as it weaves between, underneath and even directly through buildings. As Peter Mullan, Vice President for Planning and Design at Friends of the High Line told Crain’s, “When you're on the High Line, you think you're on a landscape. But it's really a hybrid between a building and a landscape.”

Although The High Line will be completed long before anyone had previously thought, the construction will be an ongoing project. More than half of the third section will be temporary, and may remain for up to 15 years for the simple reason that the neighborhood the park is set to frame does not yet exist. Not setting the design in stone gives designers the flexibility to allow the final section to evolve organically once the neighborhood takes shape.

Since the surrounding neighborhood will be under construction for years after the completion of the high line, the first strollers should not expect an instant replication of the rest of the walkway. However, it will provide an excellent vantage point from which to witness the creation of one of New York’s newest and most exciting developments.