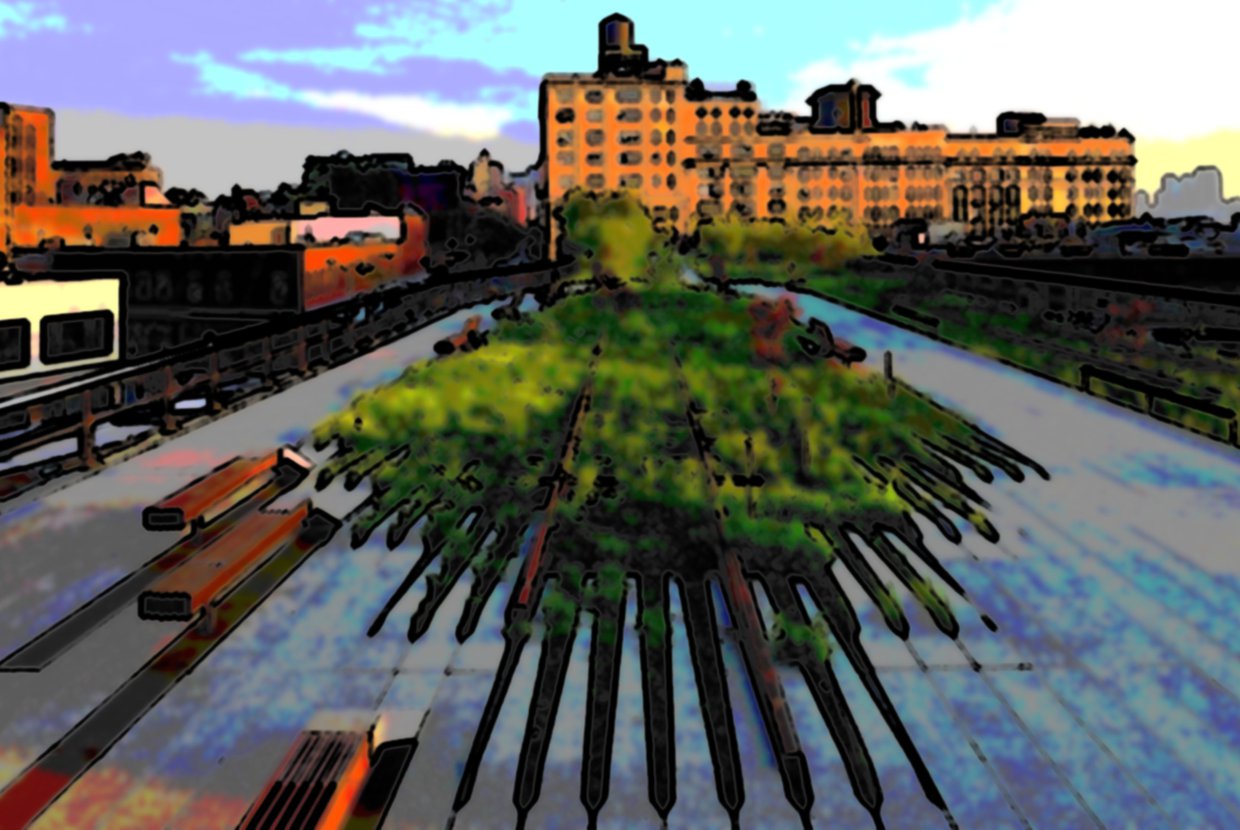 The High Line may soon have company. While it has remained one-out-of-the-two railroad tracks transformed into parks, similar concepts have been popping up all over the world. The elevated, mile-long strip of greenery runs along the lower west side of Manhattan. Standing out amongst the surrounding glass and brick buildings, the linear-park sprang to life back in 2009. It was previously an old misused railroad track--the West Side Line--which met its end in the 1990s. While the concept of transforming an abandoned train-track into a park was born in Paris with the 1993 debut of their Promenade Plantee, the High Line was (and continues to be) a highly praised accomplishment.

Such success and innovation is to be admired, and it’s seeming that the park is not only the talk-of-the-town, but has reached a lot of ears around the globe. One could call them copycats, but one can also recognize the flattering gesture that these other areas are subconsciously making. They’ve seen what New Yorkers were able to do with a mere mile of old railroad tracks and have challenged themselves to do the same.

Down in Mexico, similar designs have been surfacing. Plans have been drawn up to present Mexico City with its very own elevated linear-park. Although striking in concept, this project is lacking the theme of redeveloping a deserted railroad track and instead the park is going to be freshly constructed. There will be both paths for pedestrians and cyclists, plenty of scenic views, and many plants and flowers--naturally. The Chapultepec Project will also act as a path, and will meet it’s end at the city’s majestic Chapultepec Forest. Daniel Escotto Sanchez, a representative of Mexico City’s Public Space Authority, admits to being inspired by a stroll on Manhattan’s High Line. The project will cost $4.3 million and construction is expected to be finished in four months.

In the midst of Chicago lies three miles of elevated railroad tracks. The last train seen squealing along these tracks was back in 2001. Discarded of it’s initial duties, the Bloomingdale Trail is being set to become a challenger of Manhattan’s High Line. Eight access points, four access parks, a terraced lookout and even a skate park are some proposed aspects of the trail. With a mind to connect park systems (while simultaneously connecting communities), designers are hoping to transform the long strip of nothing into “Chicago’s Next Great Park”. With $12 million of raised money already in their pockets, and another $37 million in federal funding, the old railroad tracks are close to becoming a third in the railroad-turned-park duo.


Contrasting the idea of an elevated park is the ‘Low Line’. Although these underground areas looking to become tree-lined paths, parks, and spaces of leisure initially seem far fetched, the concept is innovative (and quite cool).

The idea of the High Line reached London, yet became inverted along the way, and is now an idea of the Pop Down. During a competition in an effort to find a new use of a series of old tunnels under London, the concept of an urban mushroom garden manifested. The winner for the competition, Fletcher Priest Architects, presented a design for the tunnels which will not only provide local restaurants with ingredients, but will also provide travelers with underground cafe’s at each entry. Openings at the ceilings of the tunnels will be topped with glass-fiber mushroom-shaped sculptures, allowing light to seep into the darkened tunnels and aid in the growth of the funghi.

Back in the states, Manhattan’s High Line will soon meet it’s opposite over in Williamsburg. Proposals of the Lowline are being drawn over the forgotten Williamsburg Trolley Terminal which sits beneath Delancey Street.  As is the issue with most underground spaces, the idea of sunlight came up, which Lowline representatives easily shrugged off. The subterranean park will be filtering its sunlight from solar collective dishes which will be placed on street level. Fiberoptic tubes will then transfer the sunlight to below domes which will reflect and distribute the collected sunlight onto the awaiting plants. Performances and exhibits are also reaching to be hosted in the underground utopia and the proposal itself has raised thousands of dollars, but is still looking for financial help.