Money out of Thin Air: Air Rights and Manhattan (Part 1) 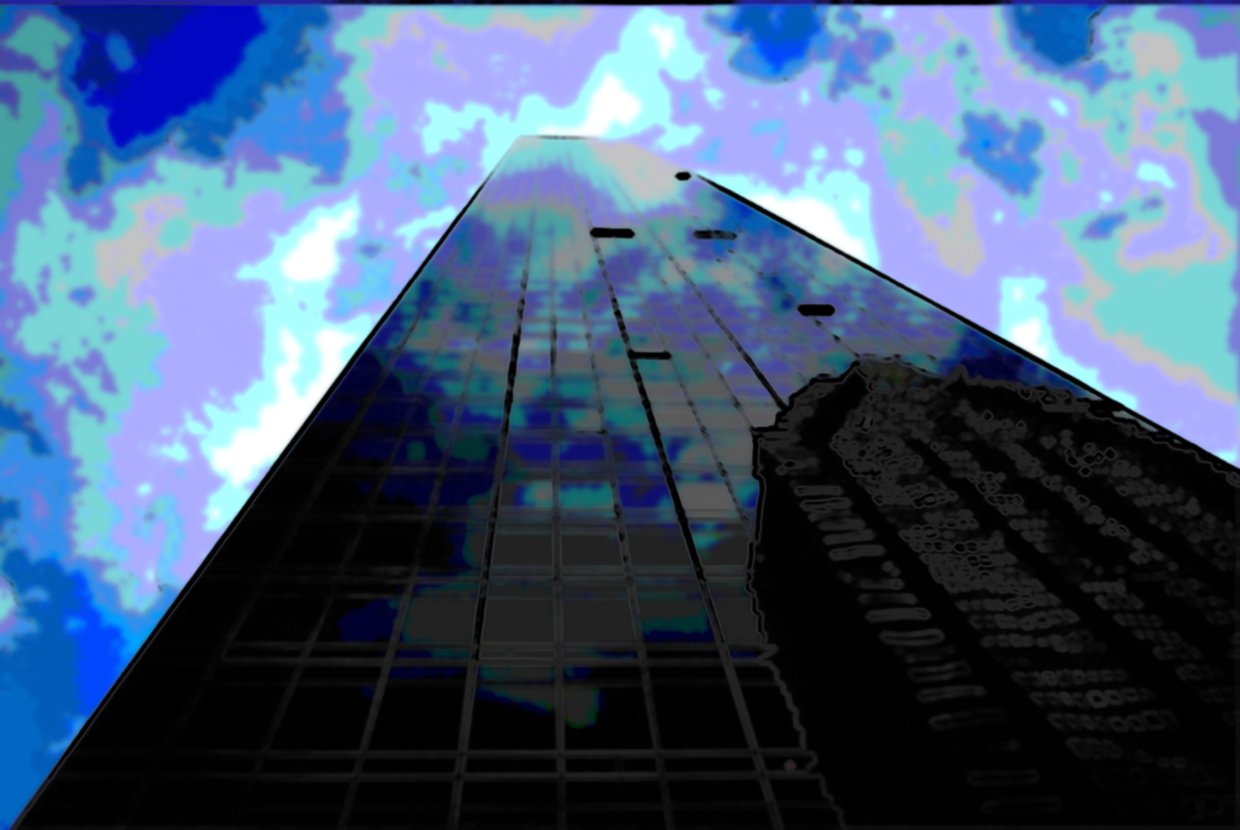 What exactly does a square foot of air look like? Instead of trying to visualize this rather abstract concept, simply picture anywhere between $250-$600 in cash. It’s a more concrete image, and in today’s Manhattan real estate market, it’s virtually the same thing. In the age of Ebay and Craigslist, we have learned that one man’s junk truly can be another man’s treasure, and empty space is no exception. Over the last few decades, the phenomenon of air rights has become a unique feature of New York City real estate, creating a massive multi-million dollar market quite literally out of thin air.

Air rights generally refer to the maximum amount of floor area permissible on a zoning lot. When the actual floor area is less than the maximum per­mitted, the difference is referred to as “unused” or “transferable” development rights, a term that sounds notably less bizarre than “air rights” to those outside the market. Although air rights have only become a source of vast profit in the last few decades, the concept has existed for some time.

In their original form, air rights simply meant that owning or renting a building gives the owner the right to use and develop the space above and below the plot of land. It even had a catchy Latin phrase to encapsulate the concept: cuius est solum, eius est usque ad caelum et ad inferos—for whoever owns the soil, it is theirs up to Heaven and down to Hell. This keystone of property ownership is what allows landowners to become rich when natural resources are discovered on their land. Surprisingly enough, the concept has its origins in medieval Roman Law, and was popularized by William Blackstone in his Commentaries on the Laws of England in 1766, a text considered to be a major source of common law in the United States. In the first half of the twentieth century, technological innovation would make this straightforward law significantly more complicated.

Before the invention of the airplane, air rights were considered unlimited. Once flyover rights became an issue, people were only entitled to the airspace they could use, lest airplanes be constantly trespassing.  This was cemented in the Supreme Court case U.S. v. Causby, in which a farmer sued the government claiming that low-flying military planes would cause his chickens to "jump up against the side of the chicken house and the walls and burst themselves open and die." The suit was rejected, and not because of the somewhat comical image of the complaint. The court ruled that everything beyond the “reasonable use” of the property owner would be public domain. Of course, in a city with nowhere to grow but up, the boundaries of “reasonable use” are arguably far beyond the limits you would find anywhere else.

Thus From the Air Would be Taken Wealth

New York City did not give birth to the concept of air rights. It did, however, witness the first attempt to turn those rights into profit. In 1910, William J. Wigus, chief engineer of the New York Central and Hudson River Railroad, proposed building a platform over Grand Central to allow for the development of buildings overhead. “Thus from the air would be taken wealth,” he wrote in his memoir. The original plans for Grand Central featured a 24-story Renaissance-style office tower above the concourse. For reasons that are not fully clear, the final plans scrapped the tower, and it was not for another three decades that the proposal would be revisited.

After World War II, the railroad was looking for ways to increase its income. Utilizing their air rights over Grand Central seemed to be the easiest way of generating income without investing in new land. In 1950, architects Fellheimer & Wagner announced a sleek 50-story tower that would completely replace Grand Central Terminal. However, by that time the public already saw Grand Central in its current form as an architectural monument of New York. The magazine Architectural Forum led the outcry, and in 1955 Emery & Roth designed the Pan Am (MetLife) building as a compromise. While their air rights failed to trump public opinion, it was only a few years later that changes to the city’s zoning laws would dramatically change the future of New York City development.

The real value of air rights can be traced back to the changes made to the city’s zoning laws in 1961. The major alteration to the laws stated that if a building adjacent to a construction site is lower than neighborhood-zoning laws allow, the developer can acquire that building’s unused air space and add it to his project. In other words, if the zoning laws of a particular neighborhood allow 40-story buildings and the building next door is only 35, you can purchase those extra five stories, transfer them to your current development, and create a 45-story building. Since higher floors mean higher prices, developers are often willing to shell out millions for a few extra stories. In rare cases like 318 3rd Avenue, developers will even build directly above a standing building in what is called a “lollipop” configuration.

One of the most famous instances of transferable development rights is Donald Trump’s 72-story tower at 845 United Nations Plaza. In a shrewd maneuver that outraged the Upper-East Side, Trump amassed the air rights from the surrounding buildings and created the tallest residential building in the world at the time. Of course, while it may be the most extreme example of the use—or abuse, depending on your perspective—of air rights, Trump World Tower is far from an isolated occurrence.

The Holy Family Catholic Church on East 47th was one of the buildings that sold its rights to Trump, receiving $10 million for space they were never going to use. Places of worship often sell their air rights because the typically low-rise buildings rarely come close to zoning limits. In November 2005, Christ Church in New York sold their air rights for a $430 per square foot, raking in more than $30 million. St. Teresa’s Church used the $2.1 million of its 1998 sale of air rights to pay for the building’s restoration.

While churches and other owners have simply sold off their development rights once they realized there was a market for them, savvy investors have begun factoring in air rights into their acquisitions. Last year, Sherwood Equities purchased the graffiti covered, half-completed building at 508 West 20th. The main draw of the building seemed to be its proximity to the High Line, but Sherwood realized that selling the undeveloped space above it could generate an even larger profit. They now are in a position to make $10 million—$3 million more than they paid for the building itself—by simply selling the five stories of empty space above the building.

Air rights generally sold at about half the price of the land below, but prices have skyrocketed since developers have realized the potential profit. In February, developers William L. and Arthur W. Zeckendorf paid a record-setting $600 per square foot, $40 million in total, to add floors to a luxury tower on 60th Street. This beats out the prior record set last year when air rights in Chelsea were sold for $500 per square foot for a planned tower at 21st Street and 11th Avenue.

Of course, developers are not the only name in the game. Even the city is trying to use air rights as a source of revenue. The city’s new zoning laws for Midtown East are specifically geared around air rights. The looming proposal comes along with a plan to sell the city’s air rights in the area for $250 per square foot. The money would be put towards creating more public space and improving local infrastructure with the ultimate goal of increasing the competitiveness of the district by encouraging developers to build bigger, in some cases doubling or even tripling the size of their buildings.

Co-op and condo boards, previously hesitant to alter the status quo of their neighborhood, can no longer ignore the potential profit. In 2005, the co-op board at 152 West 58th Street sold most of their air rights to the Extell Development Corporation, grossing over $4 million in profit. The board used the money to pay off the remaining mortgage, taxes, and closing costs while financing repairs and reducing maintenance costs by 20%.

The concept of air rights is not unique to New York, although the profit they generate is a truly isolated phenomenon. Highways in Boston and LA have tried to capitalize on their air rights, but nowhere else have developers and individual owners been able to rake in such large profits off of unused space. Still, the transfer of unused development rights is an extremely nuanced dance. Air rights only have value when developers come knocking, and the negotiations process can be a highly tense and long-term affair. For a look inside the current laws and recent negotiations behind air rights deals and to see how it might affect your building in the future, check back next week for part 2.