Taking the Gloves Off: MSG and Penn Station 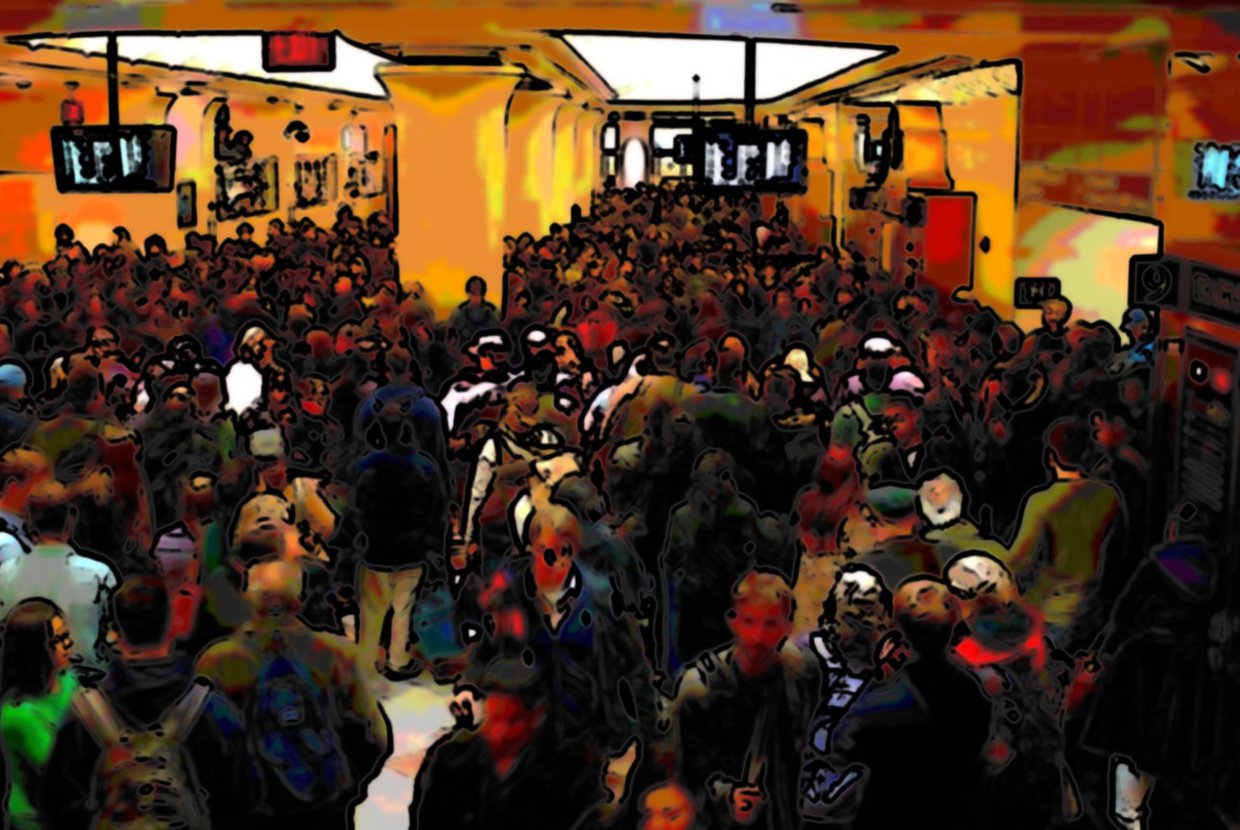 Penn Station is about to burst at the rafters. It likely would have done so already, were it not for a certain 19,000-seat stadium sitting squarely on its head. Manhattan’s entire subway system is notorious for packed subway cars at rush hour, and commuters have learned to suspend any notion of personal space for the duration of their ride. Nevertheless, overcrowding at the famous NYC station has reached critical levels.

In 1962, the original Penn Station was demolished by Pennsylvania Railroad and Madison Square Garden. The new building was only designed to accommodate 200,000 passengers per day. It now serves nearly half a million, and that number is only expected to rise. Already the busiest station in North America, it’s long overdue for sweeping renovations.

The station itself cannot be relocated since moving the tracks would be an impossible task. The Midtown West Garden, on the other hand, is already the fourth iteration of the stadium, and unfortunately for MSG, their new home came with a caveat: the permit for the building only lasted for fifty years.

A coalition of city officials and developers see this as the perfect opportunity to send the Garden packing to a new home and breathe new life into Penn. The community board, Manhattan Borough President Scott Stringer, the Municipal Art Society, and a bevy of architecture critics advocate renewing the permit for a shortened ten-year period, during which time a plan to move the arena and expand Penn Station can be devised.

The Garden clearly expected the permit to be renewed without much fuss. If they hadn’t, they wouldn’t have spent nearly $1 billion in renovations over the past three years. On February 15, Manhattan Community Board 5 voted unanimously against granting a permanent renewal to MSG, proposing the 10-year limit instead. In an ironic twist, MSG already spent years and millions of dollars trying to move into the old Farley Post Office. When that move was blocked, they opted to renovate instead. This time around, the Garden has no plans to vacate.

In a heated statement concerning the proposed 10-year permit, the Garden argued that adding an arbitrary expiration date sets a questionable precedent in terms of development. Madison Square Garden Chief Executive Hank Ratner added that MSG has faithfully served New York by drawing in jobs, events and revenue while adding to the prestige of the city.

Proponents for moving the Garden counter that the stadium’s very existence is hindering the economic development of the city. By preventing the expansion of a main artery into the city, the area’s growth is hampered by an overburdened public transit system. With massive new developments like the Hudson Yards set to dramatically change the West Side, inadequate public transportation would certainly stifle growth.

With Amtrak’s Gateway project planning to bring a new high-speed rail to Penn, billions of dollars in federal aid only ups the ante. A final decision is expected in the summer, when the permit application will be reviewed by the City Council.