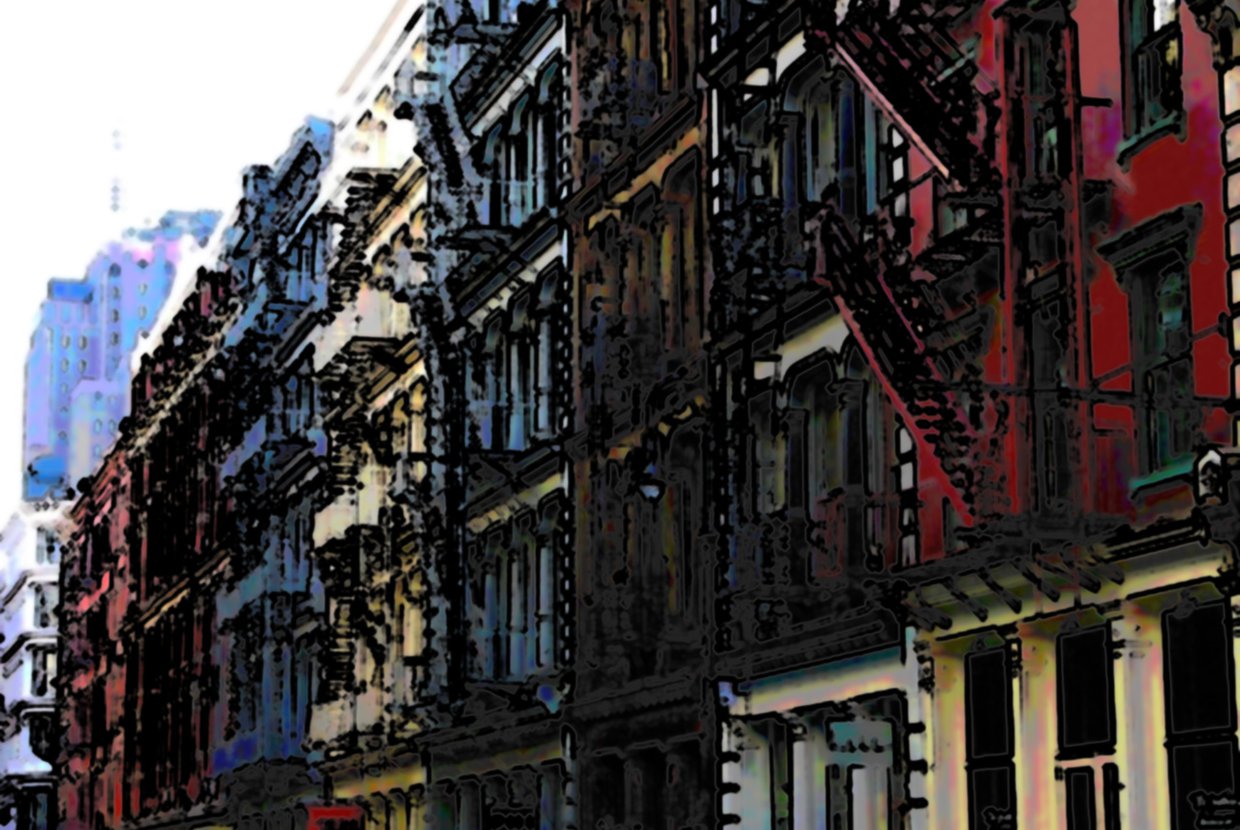 Stephane Boivin, head of the development firm Nordica Soho, is in hot water after a series of foul plays in his attempts to develop on two SoHo properties purchased in 2011 and 2012. A private equity fund, Silo Capital, has filed a $5.6m foreclosure lawsuit against the Canadian developer after he used the property at 186 Spring Street (just down the road from Urban Glass House) as collateral to secure a loan, and then proceeded to demolish the building – improperly, according to the firm.

They have requested a restraining order to block Boivin from demolishing the adjacent building at 182 Spring Street for the time being. Apparently, Boivin had stopped making monthly interest payments, leaving his principal balance standing at $6.2m with a default interest rate at 24%. Adding fuel to the flames, the former owners of the property at 182 Spring Street have filed a contract suit against him for alleged misappropriation and conversion.

Boivin has managed to paint himself a villain with SoHo residents from the get go with his development plans. The property at 186 Spring Street was purchased for $5.5m in March, 2012 from none other than Adam Horovitz, also known as King Ad-Rock of the Beastie Boys. Boivin’s plans to raze the property were opposed by the local population, and the Greenwich Village Society for Historic Preservation fought tooth and nail to have the property named an official landmark in an attempt to ‘freeze’ any demolition plans. In a completely uncharacteristic decision from The Landmarks Preservation Commission, the application was denied, citing the townhouse had deviated too much from the original floor plan for it to qualify for landmark status.

The decision to deny SoHo residents’ wishes to see the former Beastie Boys’ property saved from destruction is odd, as not too long ago the Landmarks Preservation Commission had no qualms about elevating a BP gas station to landmark status. The LPC, whose mission statement claims they are “responsible for identifying and designating the City’s landmarks and the buildings in the City’s historic districts”, does not seem to have a set criteria for what establishes a building as historic.

Robert Tierney, commissioner for nearly 10 years, has frequently been criticized for being too liberal in his role as a New York City conservationist of sorts. When a building or neighborhood is granted landmark status, the properties are essentially frozen – demolition is prohibited and any modification or renovation to be done on the buildings must be submitted to a lengthy process of approval.

While there is no doubt that areas in SoHo, Greenwich Village, and Tribeca all benefit from the ability to retain their architectural character, many of the areas that Tierney has blessed with the landmark status have contested the LPC. Most obviously, the development freezes have caused annoyance, but residents and landlords alike complain that a ‘historic’ status only brings trouble. The permit application process can delay maintenance and restoration projects for months, and apparently the landmark status warrants an increase in rent prices. While the increased rent is the result of the historic designation actually increasing the property values, the added level of bureaucracy is still completely undesirable.

Stephane Boivin’s recent blunder has once again brought the Landmarks Preservation Commission’s authority into question. While most every New Yorker would agree with protecting the historic architecture, the trend of ever-lowering standards for what qualifies as a landmark coupled with the decision to deny SoHo residents’ wishes to save the property at 186 Spring Street may have some wondering if commissioner Robert Tierney is doing a service to New Yorkers or becoming a nuisance. Whatever the case may be, a more rigid set of principles for defining what is or is not a landmark would be helpful, rather than the open ended criteria for landmark designation and the transparent online application process that is currently in place.