10 Facts You Should Know About Independence Day 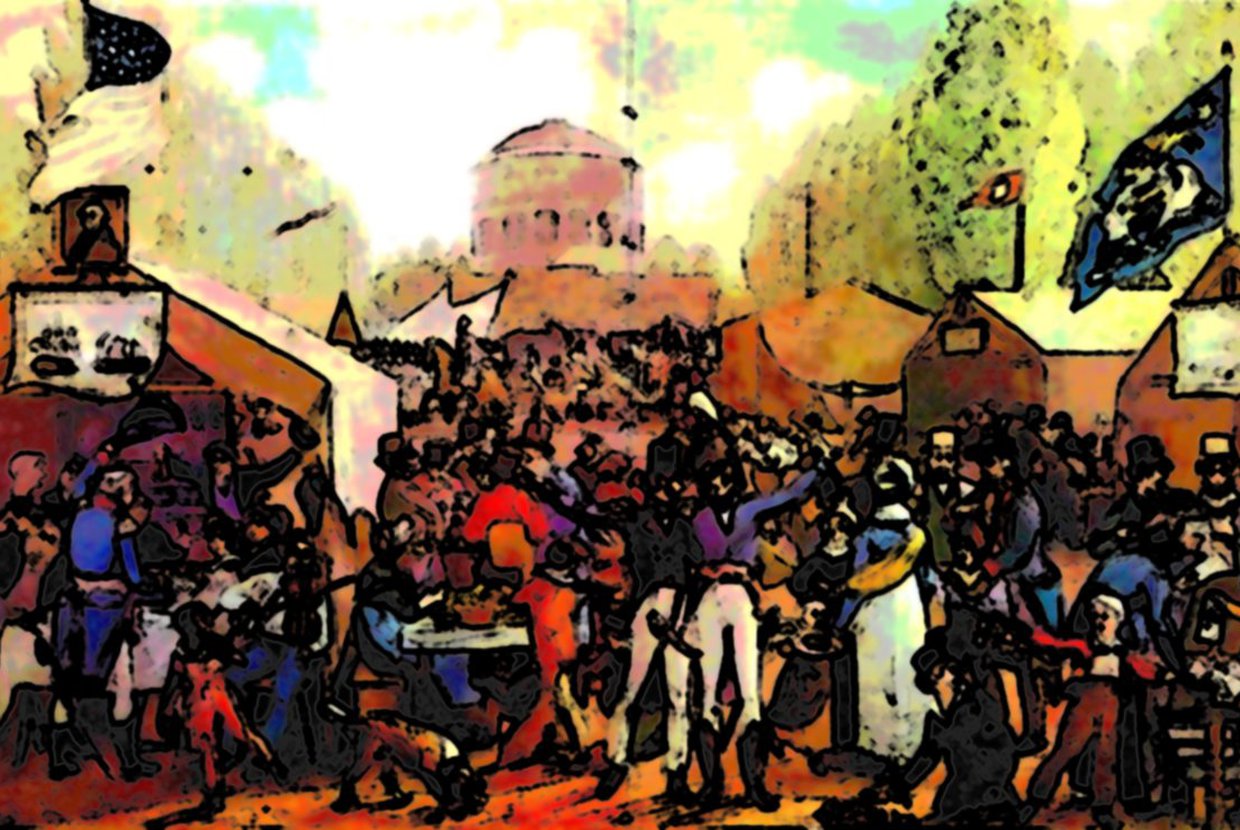 With the Fourth of July coming up, you’re probably wondering about things like, where am I going to see the fireworks? Are the fireworks worth the wait? Should we plan a barbecue? Sweet potato fries or French fries? Hot dogs or burgers? Should I take the Friday off? But as you fret over these existential questions, a little history might do you good. There’s probably no need to tell you that we celebrate the Fourth of July for being the day the Declaration of Independence was signed in 1776. But here are ten facts about the Fourth of July that you might not be aware of, and that are worth noting:

First Signature Made History
John Hancock, President of the Second Continental Congress, was the first and only person to sign the Declaration of Independence on July 4th, all others signed later. He signed in a big blank space, making it one of the world’s most famous signatures--his name is still used today as a synonym for the word ‘signature.’

Fresh Off the Press
Benjamin Towne gave birth to the first daily newspaper in the United States, The Pennsylvania Evening Post, which was the first newspaper to print the Declaration of Independence on their edition dated July 6th.

A Turkey as the United States Emblem?
Benjamin Franklin wanted the wild turkey to be the national emblem, and also have it on the flag. He thought the bald eagle was of bad moral character as he is known for stealing food from other birds, whereas turkeys were original natives of America and, according to Franklin, “ a bird of courage.” The bald eagle was much prefered by the colonists sitting at the Second Continental Congress, they considered the eagle to be a symbol of freedom, spirit and integrity.

The national anthem, “The Star Spangled Banner,” was originally written by Francis Scott Key way back in 1814. On September 13, 1814, the British began the bombardment of Fort McHenry, situated two miles above Baltimore. Key, a gentleman of the city, set out with a flag of truce to try and secure the release of one of the civilians who had been captured by the British--the prisoner happened to a friend of Key’s.

However, Key found himself arrested soon after, as the British were afraid that he’d disclose their plans for taking the city of Baltimore.

He was taken to the admiral’s boat and had to watch the bombardment of Fort McHenry all day. On September 14th, at dawn, Key realised that the American flag was still flying and bade defiance to the fleet. That’s when he composed the “Star Spangled Banner,” with him writing lines of the song wherever he could. As soon as he was released, Key rushed back to Baltimore, made edits to his song, and it soon became extremely famous. The song was then given the honor of becoming the country’s official national anthem in 1931.

July 4: 19th Century’s Death Day?
Three U.S. presidents died on July 4th. John Adams and Thomas Jefferson both passed away in 1826, within hours of each other. The third one was James Monroe, when in 1831, he died in New York of heart failure and tuberculosis.

Dandy Songs
The patriotic “Yankee Doodle” song was first sung by British officers so as to mock the disheveled and unorganised descendants of colonial English settlers, aka “Yankees”, with whom they fought during the French and Indian War.

Stars & Stripes ...
The U.S. flag was adopted a year after the signing of the Declaration of Independence on June 14th 1777, which is also the date of the founding of the U.S. army in 1775.

The First July 4th Celebrations happened on the 8th!
The first celebration for Independence Day was held on July 8th 1776 in Philadelphia. It is only in 1801 that the White House held its first 4th of July party.

Once an Enemy, Now a Partner
England was once our adversary, when in 1776, the colonies were denouncing the practice of taxation by England without representation in the English Parliament, and wanted to be set free. It is today our sixth-leading trading partner with $107.1 billion value of trade in 2011.

With all this trivia, we hope you now have lots to talk about as you wait with your friends and family for the Fourth of July fireworks to rise into the air. Happy Fourth of July!