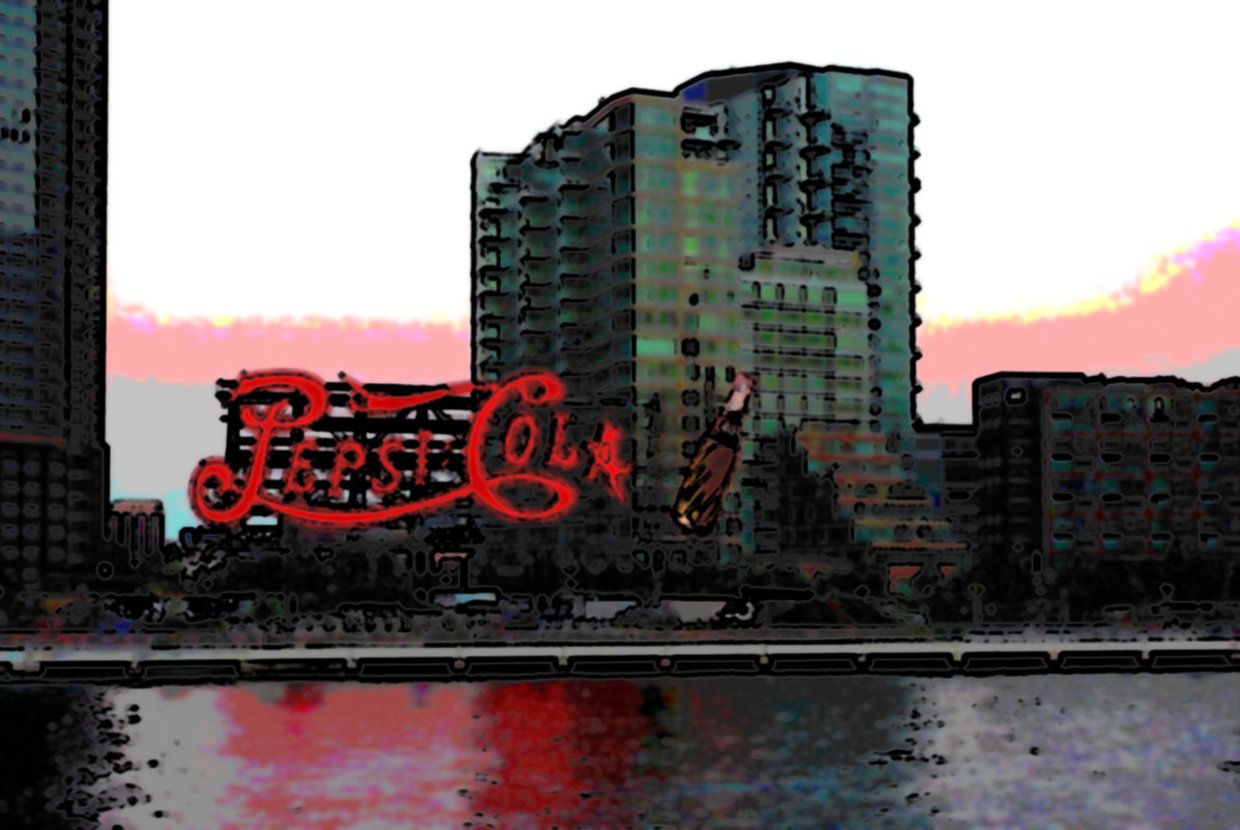 Lately, it seems like everyone is feeling a bit nostalgic. From lusting after vintage everything to chatting about the good old days of 80's, 90's, or [insert your favorite decade here], memory lane fever has struck us all. Yet in spite of this, many New Yorkers were surprised by the news that Long Island City's iconic Pepsi Cola sign will eventually become the focal point of the area's new construction. TF Cornerstone, a New York real estate developer and property management company, is in the middle of constructing the massive, ongoing development right along the East River that will produce a total of 2,100 new apartments in 6 different buildings as well as the community park that will put the cola company's famous billboard on display.

The famous LIC sign itself displays the words "Pepsi Cola" alongside a tilted glass bottle of Pepsi. It stands at 147 feet tall, and its bright red logo represents a style of the past, having been designed in the 19th century. The area in which it resides, Hunter's Point, was formerly a vibrant industrial zone back in the 1930's. In fact, it was during this decade that Pepsi Cola (what we now know as just Pepsi) set up shop in the neighborhood. Taking the place of an old Standard Oil refinery, Pepsi Cola established its New York nucleus. From then on, the plant was home to the production of the company's own bottle caps, syrup, and packaging, and it was also the building from which they shipped their products around the country. To showcase their pride in their company, Pepsi Cola commissioned the sign to be made for all the world (or rather, all of New York) to see.

Yet both fortunately and unfortunately, Pepsi saw exponential success in years to come, and by the 1950's they were forced to expand beyond their Long Island City location. At first, the world headquarters was moved to Midtown Manhattan. In the 1970's, research and development left its LIC home base. By 1998, the building was entirely abandoned by the company, which was forced to find a newer, larger space to accommodate its growth and vastly increased production. Long Island City's era of industrial production appeared to be nearing its end, especially when considering the wave of artists and newfound interest in capitalizing upon the area's neighborhood feel and ample space for development.

Bernardo Fort-Brescia, a founder of the international corporation Arquitectonica and the main architect behind the construction, is the sign's biggest and most vocal advocate. In fact, his infatuation with the billboard goes way beyond his interest in displaying it in a park. According to an interview with Brescia in The New York Times, the rounded corners design of 4610 Center Boulevard, one of the towers within the development, were influenced by the sign's "swirls-and-curls." As he explained, "I didn't want the sharp corners of a rectangle competing with the letters. I chose to curve the corners so the building seems to fade away." Although the concept of framing a development around a fading sign and not the other way around may seem a bit unorthodox, TF Cornerstone is not concerned. In fact, they believe that future renters will take pride in living behind the Pepsi sign. After all, it is vintage.