A slice of Chiswick, London in Manhattan? 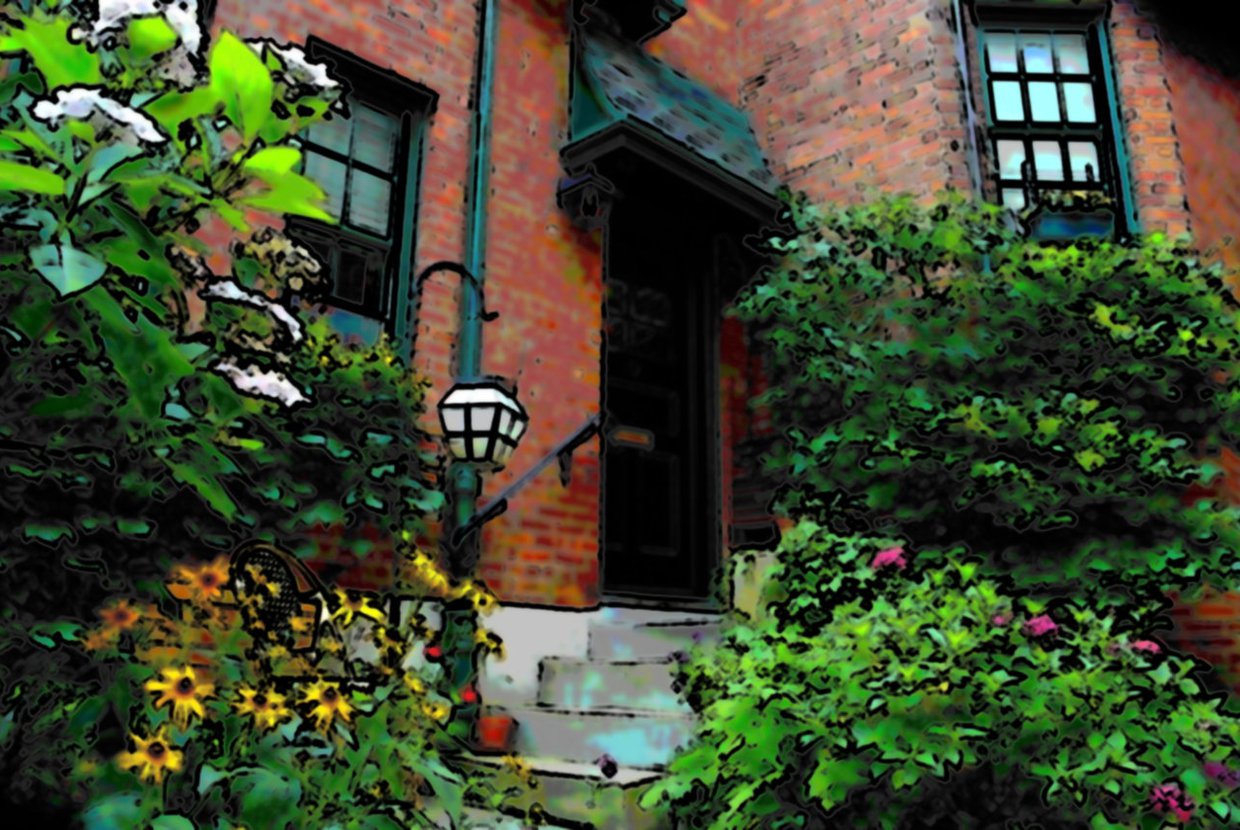 A hidden gem? A slice of London in New York? A village in the heart of Upper West Side? Architects, residents, the press, and everyone else who have had the privilege to get a glimpse into the landmarked site - Pomander Walk, have given it a title and a tag!

I’m sure New Yorkers have walked right by this stone wall, gated entrance and thought nothing of it. Next time you are on the Upper West Side along West 94th to 95th Street between Broadway and West End Avenue, don’t forget to make it “ A walk to remember”. Behind those black metal gates, is a whole other world out there, that will leave you speechless. While your eyes do all the ogling at the 27 Tudor-style-homes that line up on both sides of this quaint little narrow street on the iconic “Pomander Walk”, and your mind plays pictionary, you cannot help but pinch yourself as a reminder that you are in Manhattan, New York City.

Before its claim to fame, this old-English village-like neighborhood was on the brink of extinction. History takes us back to the man behind it all - Thomas J.Healy, an immigrant Irishman, a realtor and a nightclub owner at the time, who built Pomander Walk in 1921-22. While his plans to build a hotel on the plot was waiting on financials to be approved, Healy built this row of homes, inspired by the then released Broadway Show in 1910 called Pomander Walk, a romantic comedy,in which it was described as “ a retired crescent of five very small, old-fashioned houses near Chiswick”.

Part of his inspiration was also drawn from the row of mews turned into homes along Washington Square North, between Fifth Avenue and University Place. While the plan was to eventually tear down the apartments for the hotel, it was something that of course did not happen. Thanks to Healy, this picturesque stretch of homes, painted in vibrant blues and reds, that beautifully complement the stone grey, russet brown, and buff whites on the exterior, made of stone and brick - has become one of New York’s hidden gems.

Bound by tall walls, Pomander Walk is full of whimsical architectural elements, like decorative stucco, brick, painted wood trims and half-timber. Facades made to look like single home cottages from the outside with single-leaf painted wood-doors & square heads at the entrances, whereas they are actually two-apartments one above the other on the inside. The King and Campbell (architects) designed homes with door hoods and window details, painted wood shutters, and cherry flower window boxes, that add to the old-world touch, just like Healy had pictured it to be.

Restored to all its glory, iron lampposts at both ends of the Walk, hedges, flower beds, low rise homes in all their English charm, and the one symbol that defines the Walk - the ornate iron fixture from which the black, painted sign with a rooster says “Pomander Walk”; and its landmarked iron plaque which describes it aptly as “a picturesque dwelling ornamented with Tudor revival details” - are the very elements that define this little piece of village-like heaven bang in the heart of the Upper West Side, now surrounded by soaring high rises and modern structures.

I recently had the pleasure to take a peek behind those black metal gates, and experience what it is like to live in these Tudor style homes. Homes in hues of blue, green and red, with beautiful bright doors; flower beds lining both sides of the narrow walkway, with garden decor elements like frogs and birds; at one point I found myself staring at these pretty homes and dreaming of owning one someday!

The little chairs outside each home, toys left at the front entrance, and signs of events coming up in the neighborhood, residents sitting outside their homes in their pj’s and enjoying a cup of tea - Well, the perks of being a Pomander Walk resident were evident!