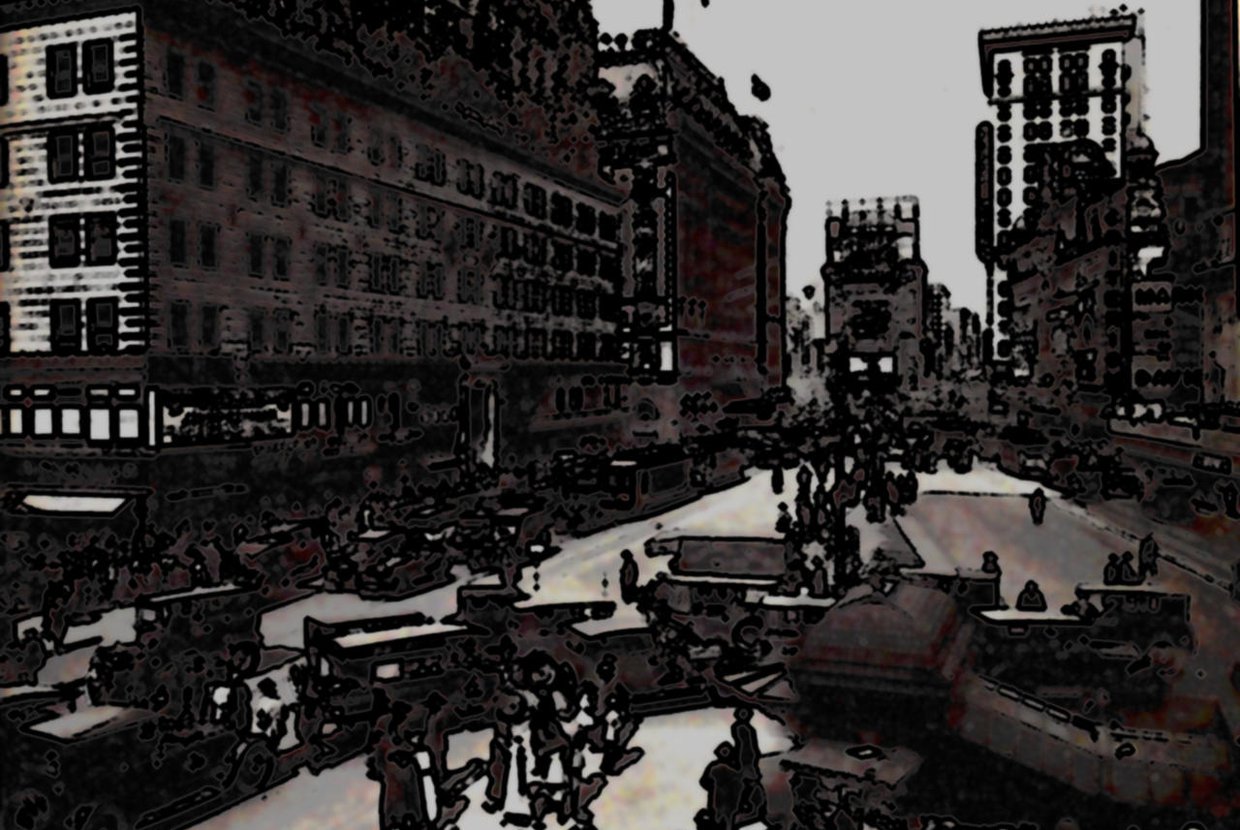 From the days of the Giovanni da Verrazzano, the first European to arrive on the island, to the time it was known as New Angoulême, until it was christened to be known as New York - NYC has tremendously transformed from its days of infancy, to her golden years, all while retaining much of her glamor, form, and function.

While low-rise buildings are a thing of the past, its cobblestone streets, old-world buildings, historical landmarks, and its majestic bridges have stood the test of time. Thanks to the Historical Society of New York, Landmarks Preservation Society and the creme de le creme of the city and their generous donations, the city has retained its history, for everyone to experience.

So, here is a random list of the oldest buildings, bridges and more.

This cobblestone street, was one of the first paved streets of the city, that is today quintessential to the character of this neighborhood tucked away in the Financial District. Six restaurants, four pubs, a patisserie, an oyster bar, historic buildings, and a wine bar - line up on either sides of this street. What makes this street unique? Picnic tables all along the middle of the street, making it the perfect summer brunch place, and more so the perfect place to catch up with the Wall Street men and hit the bars!  Once nothing more than a garbage dump, today most of the neighborhood is owned by a former beekeeper from Sparta, Greece; who worked his way up from being a busboy in the neighborhood in 1956.

Located on Clarendon Road in Brooklyn, the Wyckoff Farmhouse Museum is the oldest surviving structure in the city. Built in stages from 1652, it was home to the descendants of Pieter Claesen Wyckoff until 1901. The Wyckoff family later repurchased it and it has since remained in the family. It has the distinction of being one of the very first buildings to be granted protection under the then newly formed Landmarks Preservation Commission in 1965 and is still in operation to this day.

Although closed to traffic since the 70’s, the High Bridge over the Harlem River, that connects the boroughs of Bronx and Manhattan, is the oldest surviving bridge in New York. This stone arch bridge, constructed to resemble the Roman Aqueduct, was built in 1848 to bring the city water from the Croton Aqueduct. Today the best views of the bridge are from Depot Place just south of the bridge, and in the background of the High Bridge is the Washington Bridge which connects the Cross-Bronx to Cross-Bronx to West 181 St.

As part of the first subway lines that opened to the public back in October 27, 1904, City Hall was one of the them. It was one of the most grand subway stations of all, and today it lies quietly under the City Hall Park. An ornate centerpiece among other subway stations, this was stunner with its arches, vaulted ceilings, colored glass tiles, skylights and brass chandeliers, that made the opening night nothing short of a carnival. Taking that first subway ride from City Hall Station was the coolest thing to do that evening, as couples dressed in their finest, went back and forth from 145th street to City Hall for hours.

One of the oldest Subway cars that were built back in 1964-65, these were also the very first mass-produced stainless steel cars that were built for the New York City Subway. It first ran bright and gleaming on September 9, 1964, running from New York Central Railroad’s Mott Haven Yards to the Grand Central Terminal in Manhattan. These cars were first fitted on the Q train, and are the only passenger service cars that were still functioning until 2012. In August of 2011, NY Times called it “a dreary reminder to passengers of an earlier subterranean era”.

Known to be the oldest delicatessen in New York, it was established in 1888, and is still known to be the only place where they hand-carve their pastrami and corned beef. Their frankfurters, knockwurst, knishes and other Jewish deli staples are known to be their best. For that moment of nostalgia, there is a table smack in the middle of this place, where a little sign says “ You are sitting at the table where Harry met Sally”. It is worth checking out their photos and walls for testimonials from stars like Billy Crystal, Meg Ryan, and Bill Clinton among several others.

Joseph Brewster - The man behind the brick and marble row house on Fourth Street, which was once the city’s exclusive suburb. In just three years in 1835, the house was bought over by the Seabury Tredwell, whose family lived in the house for more than a 100 years, and to date the building stands intact. It was made open to the public since 1936, when someone in the family purchased it and decided to preserve for its historic value and converted it into a museum, located on 29th East Fourth Street, between Lafayette Street and Bowery. Over the years the museum has battled damages and has been restored, with the help of a number of city preservation organizations, although threat of demolition looms over the place, from a wealthy developer who has proposed to build a hotel next door.

The brainchild of six civic-minded individuals, who formed the New York Society Library, back in 1754, a time when there was no public library. Offering a large array of books, proved to be instrumental to the public, with a reading room in the Old City Hall, on Wall Street facing Broad Street. The library since its opening, faced turmoil during the Revolution, when the library’s books were looted by British Soldiers occupying Manhattan. The library was able to recover a small chunk of the books that were stored at St.Paul’s Chapel in Lower Manhattan, and several others were also found much later. The library reopened in 1789, and renamed Federal hall, as it served as the first Library of Congress, used by George Washington and John Lay. By 1795, it had 5,000 volumes and ever since its growing collection has forced the library to move from Nassau Street, then in 1840 to Leonard Street, to University Place in 1856, and finally to its present quarters on 79th Street. With so much history to it, the New York Society Library, even after 258 years is an integral part of the city, adding an ornamental element to the city’s history and culture.

Known to be one of the countries most eminent institutions, dedicated to preserving history and art, for generations to come, New York Historical Society was founded in 1804, with political, cultural and social history steeped deep in its roots. It has been known that the museum has brought to the forefront several rare exhibits like Alexander Hamilton: The Man Who Made Modern America; Slavery in New York; Nature and the American Vision: The Hudson River School at the New-York Historical Society; Grant and Lee in War and Peace; and the 2009 exhibition Lincoln and New York, among many others. Founded 70 years before the MET, it comprises of a staggering 1.6 million pieces of prized art pieces. The museum also houses the Patricia D.Klingenstein Library known to be oldest and most distinguished library in all of the country, with over three million books. Added to this, its Henry Luce III center for Study of American Culture, Education Center, and its Gilder Lehrman Collection - make the New York Historical Society, New York’s most treasured assets, and the country’s mecca for art, history and culture.


10. Oldest Neighborhood: Southern Tip of the Island at Financial District

The Dutch arrived on the lower tip of the island in 1626, named it New Amsterdam, and settled on the island, predicting its possible lucrative real-estate business. The area was later known as the Financial District, which remained an office only space for decades, when streets wore an abandoned look post 5pm during the workweek and even more so on the weekends. Today it is thriving neighborhood, with restaurants, tourists, and office goers, all harmoniously going about their lives, on the very grounds that once the Dutch made home.


With that dose of history, we wrap up our tour of the city’s oldest, and hope you will go out there and check them out for yourselves.