Garment District: The Woven Saga of Fashion and Fabrics 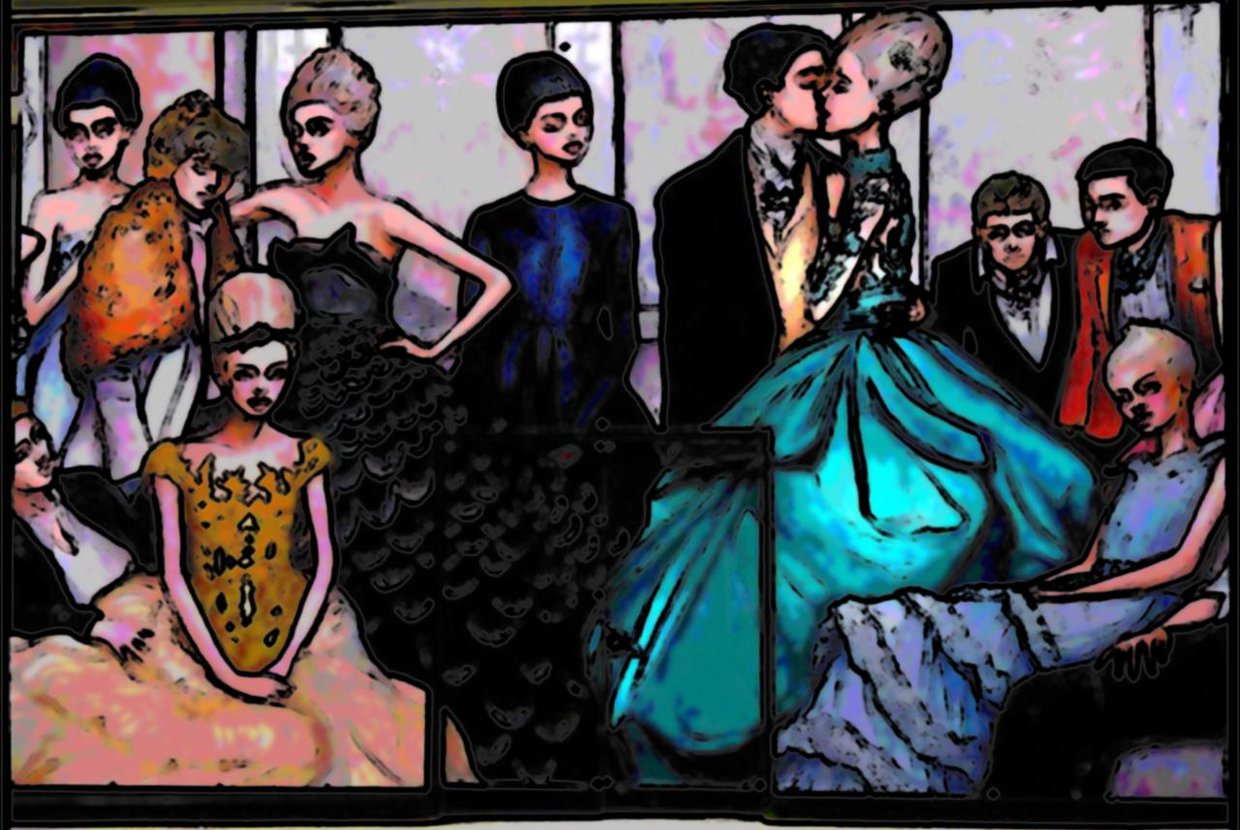 New York and Fashion are like hand-in-glove, like birds of the same feather that flock and rock together! Walk down the streets of SoHo, Chelsea, Brooklyn, or the Meatpacking District, and you see fashion in every street, sidewalk and store front.

Quintessential to fashion is fabric, and who better than Cecilia Metheny, an industry insider, a professor at the prestigious Parsons School of Design, who was hired by the very stylish Tim Gunn, to tell us “No Fabric no Industry (Fashion)”.

So, this is where I began my journey, at the forefront of fashion, glamour and style, at the Garment District, as I hurriedly walk past the touristy streets to experience the real thing. To some it might seem just like a bunch of stores, but look through the eyes of a Parsons School of Design student, or an emerging designer, and you see this treasure trove of fabric stores that line both sides of the street, along a one square mile stretching from 34th to 42nd streets in Midtown West.

Among the sea of fabric stores selling everything from velvet to velcro, buttons to batik prints, and silk to sequins, and everything else in between, is a store that has elevated to star status, thanks to the “Project Runway Show” on TLC. Filmed in the Parsons School of Design, that sits smack in the middle of Garment District, and hosted by the industry’s best - Heidi Klum and Tim Gunn, among other fashionista’s who grace the judging panel of the show; the contestants run along the aisles of Mood Fabrics, pulling out yards of weaves in every hue imaginable.

Speaking to the very humble owners of the store, Mr.Eric Sauma, a second generation of this simple Italian family, who began the store as a wholesale business, says they are stoked about how the show has completely flipped their business model from wholesale to retail. True to the trend, you will find a blend of design students with their sketch and color scheme, as well clueless shoppers in their maiden venture into the world of fabrics, doing the rounds at the store; and tourists walking in just to take pictures of “Swatch” the dog, who struts in style and knows he is the star of the show!!

As I strolled through yards of vibrant weaves, I caught up with Riyan a fashion student from Canada, who said she was here shopping for one of her college assignments while on a holiday in NYC, and a mother-daughter duo who have have visited the city several times but never came to the Fashion District, and oh-boy were they excited!

I continued my conversation with Cecilia Metheny and she tells me that the Garment District was not like what it is today. An FIT student herself with a deep understanding of textiles, she tell’s us that the need for the garment making industry was born out of the slaves working at the Southern plantations, and later during the American Civil War, when they needed uniforms for the men at the frontlines; and it was only in the late 1800’s and early 1900’s that New York became the country’s largest manufacturer of garments.

This $14 million dollar garment industry, is marked off by the statue of the Jewish worker busy at work, representing a generation of garment workers who have made what the neighborhood is today. Right next to the statue is the Fashion Avenue Information Center, which is topped off with a needle threading through a button.

I began walking up form 38th street all the way to 41st street, along the infamous “Fashion Walk of Fame”, modeled after its world renowned cousin - Hollywood Walk of Fame. Sadly most tourists walking by don’t know much about it, so they just walk by, and give curious people like me & my lens, strange looks! The Fashion Walk of Fame marked by silver plaques of the most celebrated designers of the time, starting from Donald Brooks in the 50’s, Betsey Johnson in the 60’s, Halston in the 70’s, to designers like Ralph Lauren, Calvin Klein, Norma Kamali, and many more - is a true celebration of excellence in design and mass production, which led to the growth of the apparel trade in the mid-19th century.

As we know, no neighborhood in the city, is spared from the pressures of the growing real estate market and zoning laws, the Garment District is no different. Created by the members of the New York fashion industry, which includes designers like Anna Sui, the “Save the Garment Center” movement, is an effort towards warding the area from realtors and the city putting up condo’s and office spaces.

With Parsons School of Design moving downtown early next year, and the growing popularity of the Garment District and Fashion Avenue, the hope is that this industry does not become a slave to cheap foreign labor and keeps going for generations to come.