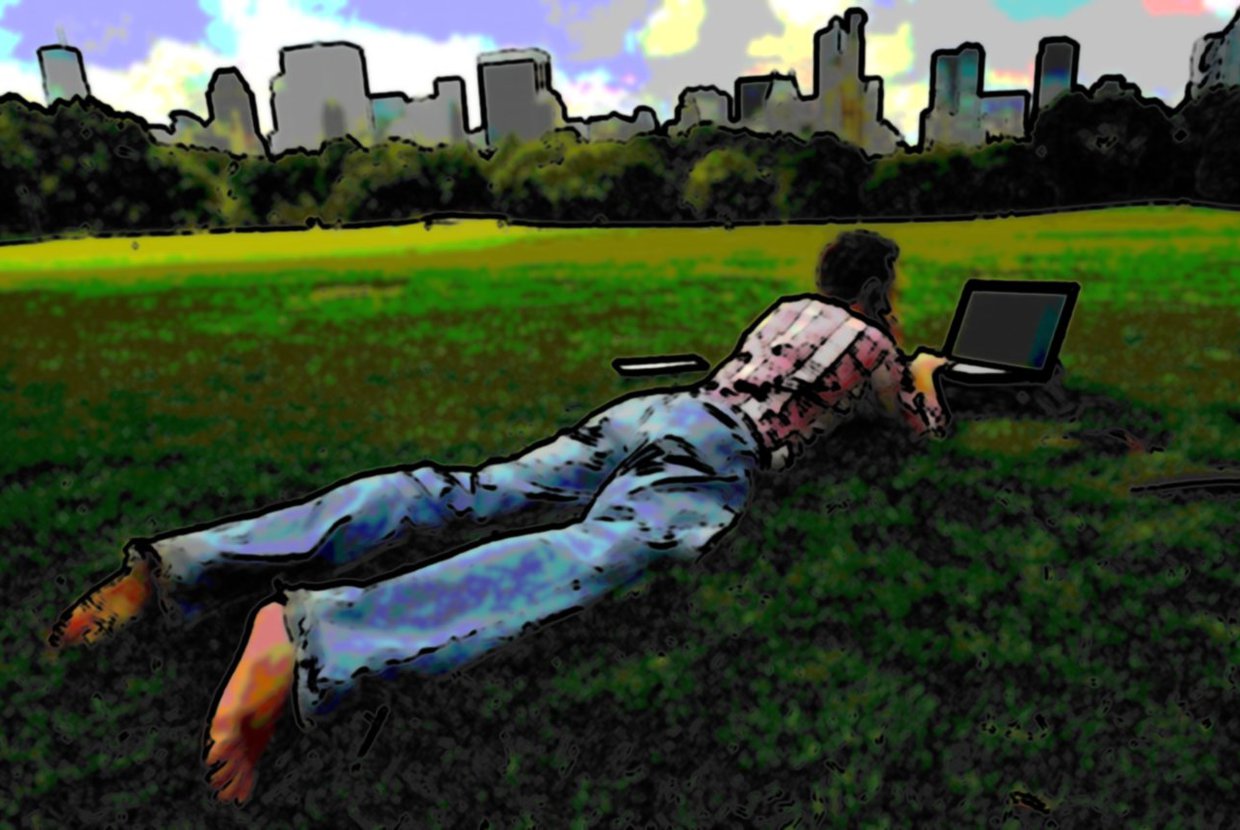 You may have already complained about the bad internet connection in the city. And you were right, especially for a world city such as New York. Hopefully some spots offer free-wifi throughout the city. It started with cafes, but recently outdoor areas have been gradually catching up, trying to combine technology with nature.

Time Warner Cable and Cablevision have recently announced that, starting July 16th, they will provide Wifi service in 32 New York City parks. Expanding the Wifi system to million of New Yorkers sounds like a nice and much needed initiative. However there is a but coming... Only Time Warner Cable and Cablevision subscribers will have access to full service. Guests on the other hand will only be able to log-in for free for 10 minutes, limited to three times within a 30 days period. Or non-subscribers who do not wish to be restricted could also purchase the full-service for 99 cents a day. Suddenly sounds much less innovative or generous, does it?

The two carriers will be responsible for the service and maintain it until 2020. Until then hopefully some parks around the city have shown greater generosity. Bryant Park for instance has teamed up with Sky-Packets in 2011 to offer free wifi to all its visitors. You just need to log onto the BryantPark.org network, accept the terms of use and you’re connected for however long your battery will allow.

AT&T has also been working closely with New York City’s Mayor Office to provide services for free in 26 park locations throughout the five boroughs. Among these publicly accessible hotspots you will find Battery Park and the High Line, pretty cool places to go for a walk and then surf the internet. This offer comes as pretty convenient but is perhaps not as extensive as New Yorkers would like it to be.

Subway stations should also be the next spots to be targeted for internet improvements. 30 platforms, ranging from 14th to 96th street, already allow commuters free access to Wi-Fi and another 40 should do so by early next year.

Whether New Yorkers will want to update their social networks or reach their work office, they will probably soon be able to do so throughout most of the city. At this pace, next summer the concept of working from home or from Starbucks will be redefined into working from under the shadow of a tree. Hopefully in a very near future the next issue will be where could people go to have a technology-free break?