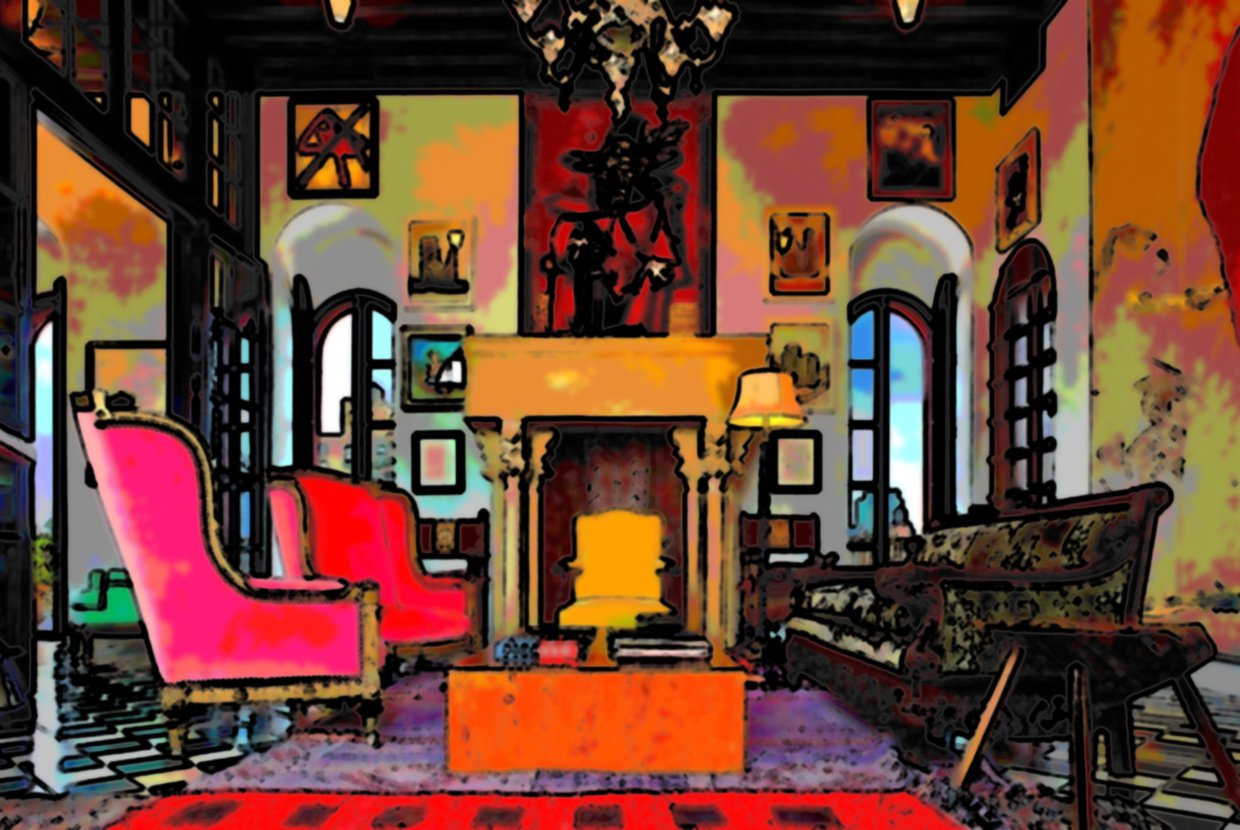 New York has its share of luxury condos, but how about palaces? Well Julian Schnabel was probably missing the romance and originality of Venice when he designed his own Palazzo Chupi. Right in the heart of the West Village, on 360 West, 11th street this little piece of architecture is one of the few eccentricities you will find in New York.

Julian Schnabel is mostly known as an American filmmaker but he’s also an artist with paintings exposed in museums all throughout the world, from New York to Madrid and London. His close connection to Spain probably have inspired him the designs and the very name of his Palazzo. Chupi stands for the Spanish lollipops “Chupa Chups” and the interiors remind of the inside of an 18th century Spanish castle.

With its pink color and its candy name, the Palazzo is definitely a one of a kind piece. Formerly used as horse stables, Schnabel turned the four lower floors into a studio, and built five palatial units, on top. The terraces offer absolutely breathtaking views of the Hudson River, and of the whole city. From the balconies, you will feel like you’re admiring the New York skyline from a different era and from a different country as well.

Its pale pink colors gives the impression that the building was already standing there centuries ago and that it has seen history passed before its walls. In reality, 360 West just had a recent makeover last year. It went from a garish Pepto Bismol pink to a lighter shade of pink that looks aged to enhance the Palazzo’s Italian style.

As any self-respecting palace, it features voluminous living spaces with ceilings up to 19 foot high, grand stone fireplaces, and oversized doors. The furniture is aged as well, antique chairs and sofas, wooden tables, chandeliers, dramatic looking-glass and weaved carpet.

The swimming pool is just as mind-blowing as the rest of the interior designs. With its sky light windows and its unusual shape, we could not resist to dive in.

The Palazzo could just be counted as one of Schnabel’s pieces of art. Outrageous and theatrical, there is no risks it is to be mistaken with a Barbie beach house. One triplex is currently for sale for those who would like to have a taste of the wealthy Mediterranean lifestyle while enjoying the city that never sleeps... It seems like the best of both worlds!