Marking the 12th Anniversary of 9/11: Memories, Memorials, the Museum and more 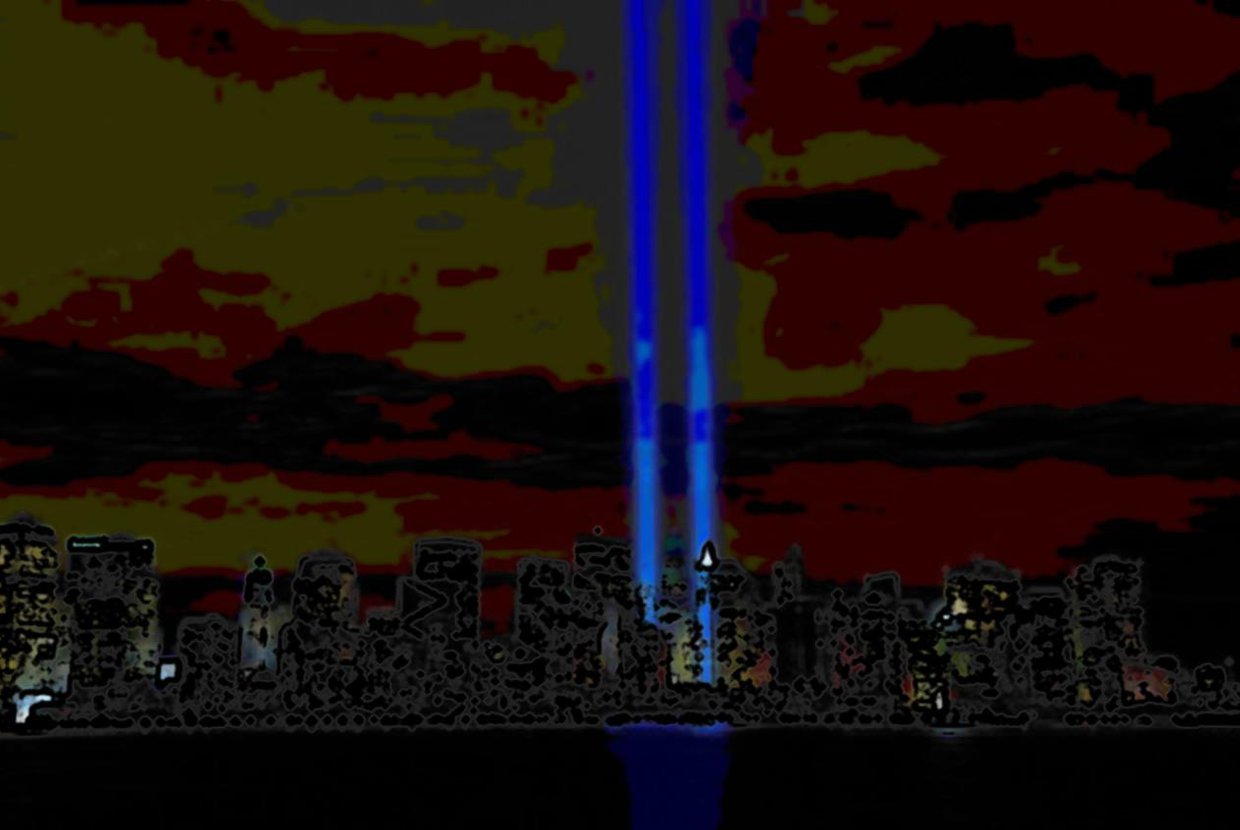 We mark the 12th Anniversary of 9/11 today - a tragic day that claimed the lives of 3,000 people, and has continued to affect friends, family, and every single visitor that has set foot on the grounds of the memorial ever since.

Millions have walked these hallowed grounds to reflect, remember, and pay their respects to the 3,000 victims whose names have been etched along the walls of the reflecting pool. Marking its 12th anniversary this year, folks at the memorial are busy giving the final touches to the 9/11 Memorial Museum, set to open in the spring of 2014. The museum that will be sitting beneath the very grounds where the twin towers once stood, will include 24 large relics, meant to chronicle the history of events that unfolded on that tragic day, and dig deep into “living in a post-9/11 world”.

Winding it way deep down to the bedrock upon which the towers once stood, the museum will take visitors to the bottom of it all. Mangled piece of steel known as “impact steel” - which was bent back on impact of Flight 11, massive structural pieces, the last piece of steel removed in 2002, a battered staircase from the day, the “flag steel” - a piece of rubble that became a symbol of hope for hundreds of recovery workers; resembles a flag blowing in the breeze, and several more will be housed along the hallways of the 9/11 Memorial Museum.

As museum director, Alice Greenwald, was quoted saying, "You're literally following the same pathway that hundreds followed on 9/11 to survival, to safety”. A visit to the museum, will be like stepping back in time through the events that took place on 9/11 all the way to the current events of today - living post 9/11.

As the world awaits for spring of 2014, we take you through some of the artifacts of 9/11 on display in New York City.

A ray of hope, a group of steel beams in the shape of a cross found amid the rubble of the WTC, was one of the first shrines after the attacks. Friends, family, and visitors placed flowers, candles, notes and pictures of loved ones, and today the cross has been moved to the St. Peter’s Church, that faces the Ground Zero. Once the 9/11 Memorial Museum is open, the cross will be moved into the museum as a part of the exhibit.

It is here in this 80,000 square-foot Hangar 17 located at the John F. Kennedy Airport, where large pieces of metal and steel are cut and sorted, fulfilling thousands of requests pouring in from around the world to have a piece of the hallowed material for shrines and memorials.

A glimmer of hope, the “Tribute in Light” has since become a very important part of the ceremonies at the 9/11 memorial. An art installation of 88 searchlights that light up the sky, is a tribute to the spot where the towers once stood. Known to be seen from as far as 60 miles, has become an icon of the losses suffered on that tragic day.

Walking through the Memorial Plaza, along the reflecting pools, stands the Survivor Tree. A string of hope and positivity in moments of despair. The Callery pear tree, survived the attacks on 9/11 and was nurtured by the Bronx Park, before it was replanted and incorporated in the Memorial Plaza design.

The Fritz Koenig Sphere that once stood in Tobin Plaza between the Twin Towers at the World Trade Center, today stands at Battery Park. After the 9/11 attacks, the sphere recovered from the rubble, was moved to Battery Park near Hope Garden. Sending out a positive message, the plaque reads. “It was damaged during the tragic events of 11 September 2001, but endures as an icon of hope and the indestructible spirit of this country. The Sphere was placed here on 11 March 2002 as a temporary memorial to all who lost their lives in the terrorist attacks at the World Trade Center”.

Situated near the site of tragedy and today a site a hope, the ladder company located near the 9/11 site is home to the very first responders. Firefighters from Ladder & Engine 10 who lay their lives on 9/11, have been etched forever in this 56-foot bronze sculpture.

Dedicated to the men and women who lost their lives on that tragic day in 2001, the Firefighter’s Memorial, on 100th Street at Riverside Drive, built and dedicated in 1913, is today a special place to remember and reflect on the lives of the 343 comrades of 9/11.

This one is unusual, a cross located in a parking lot in Rockaway Beach. A plaque remembering the victims, and a cross vert similar to the Ground Zero Cross at St. Peter’s Church. Donated by the Department of Sanitation to the local Knights of the Columbus Chapter, it was erected here at the beach close to Jamaica Bay.

On this 12th Anniversary, let us lookup at the skies as the “Tribute of Light” shines above NYC, shining bright as a symbol of hope, American resilience, and triumph over terrorism.