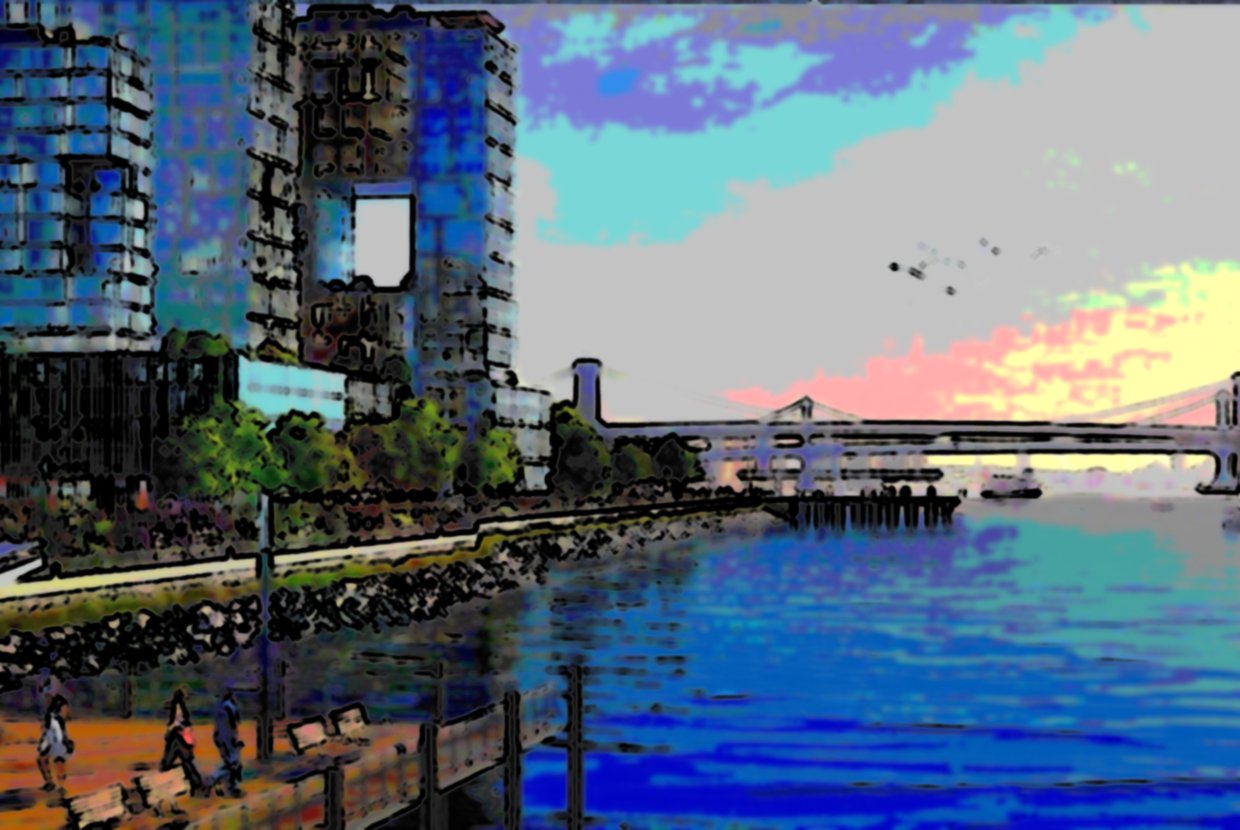 The effects of Hurricane Sandy are still lingering in New York City as we try to recover and rebuild what was lost. In the wake Sandy, the city is understandably imagining bold means of flood prevention that could once more devastate large portions of the city. Although it may ease our anxieties to think that such a storm was a fluke, experts estimate that another such storm is quite likely in the foreseeable future. In June, Mayor Bloomberg subsequently proposed measures to protect New York City from storms in the future. Among the proposals was the idea to expand Manhattan’s eastern edge by building new, elevated platforms or landfills onto the East River in the Lower East Side and thereby prevent future flooding. The proposal effectively calls for the creation of a new neighborhood, Seaport City, which would be much like its artificially-constructed counterpart, Battery Park City, and for good reason. Battery Park City, despite its location on the south end of Manhattan had relatively little flooding when compared to other parts of the city due to its design. A second artificial expansion to the city, argues Bloomberg, would further protect lower Manhattan in the future.

While this idea may sound good on paper, it is a highly ambitious project that would cost billions to complete. Bloomberg has subsequently requested that a study be conducted to test the feasibility of Seaport City. Even should Seaport City be proven possible, doubts still linger whether or not it is a good idea to further increase the population of the Lower East Side when it is difficult to tell how sea levels will fluctuate in the future. Although the plans are still preliminary and subject to change, Bloomberg’s request conveys that he is serious about Seaport City and will likely fight for the new neighborhood’s construction.

Yet the biggest obstacle for Bloomberg and Seaport City to date, however, is a less-than-thrilled public. In a recent panel discussion, community activists from Community Board 3 were skeptical at best of the true motivations behind Seaport City. According to The Lo-Down, multiple members of CB3 were particularly vocal on the issue and accused Bloomberg of using the fear of another storm as an excuse to build even more luxury condos. They were furthermore upset at the prospect of excluding the public’s access to the East River waterfront and instead promoting further business and luxury development. Such accusations are hard to defend when Bloomberg himself included the possibility of high-rise offices and residences in the proposed Seaport City.

Mayor Bloomberg will not be around for any further development of the proposal as early feasibility studies won’t be ready until the end of the year. Such a fact may influence revisions to the proposed Seaport City and make it resemble the recreation-oriented East River BlueWay project should it receive approval. Yet in light of the initial outrage expressed by community activists, who are now mobilizing to fight the project in its infancy, Seaport City may already be sunk.