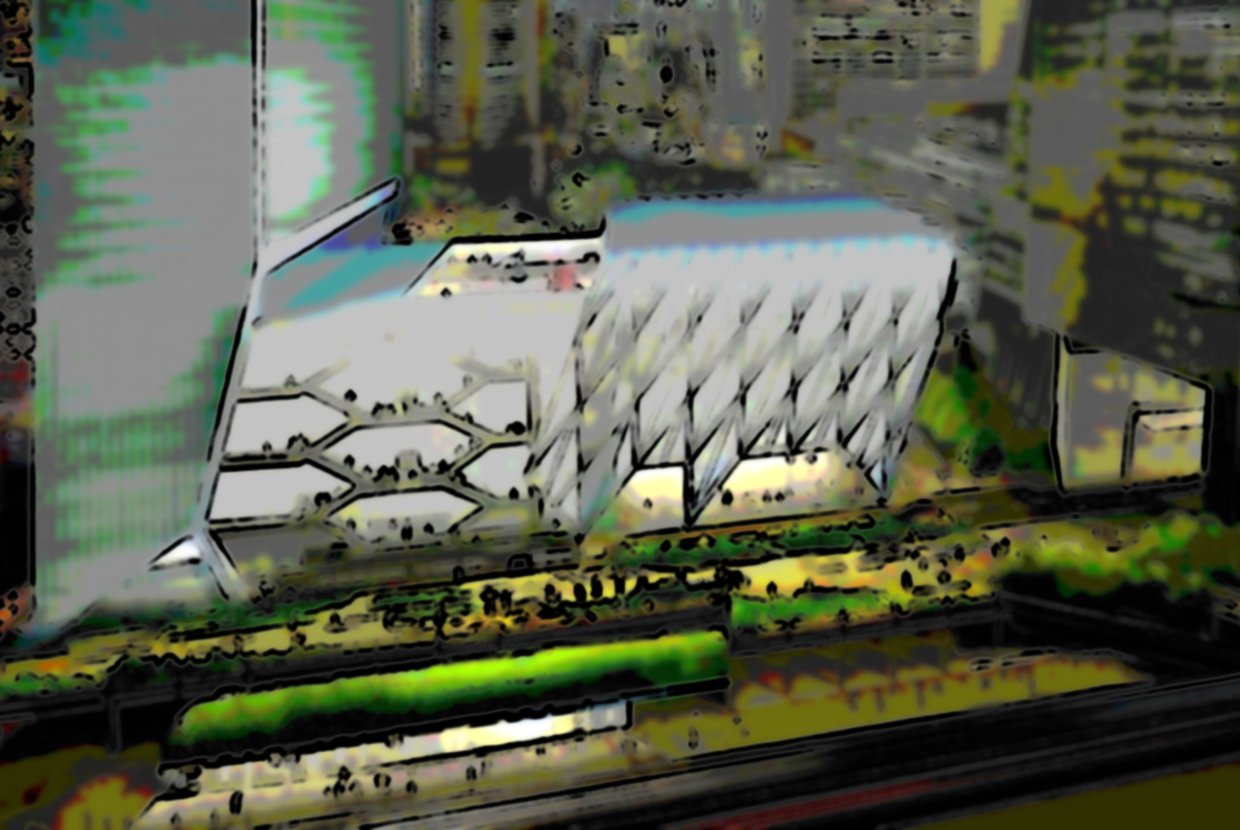 New York City will soon add yet another artistic center to its already lush cultural landscape: the Culture Shed. Although its name is somewhat unambitious, its aspirations certainly are not. At the end of July the city announced that it would provide $50 million for the project. Mayor Bloomberg argues that it will become a cornerstone of a new museum mile. The mile will be an ultra-sleek conglomeration of artistic institutions—an enduring display of urban modernitity and cultural prowess. It will fuse all aspects of the Hudson Yard Project, which includes a new high-rise office tower across from the Culture Shed and an extended Highline Park. The High Line extension will supposedly amalgamate the new developments into some sort of esoteric culture-sphere. The Culture Shed will sit at its northern border—invigorating the currently desolate far West Side—and the Whitney Museum will relocate to Chelsea, officially establishing the modern museum mile.

The Culture Shed is striking architecturally. It is an unquestionably modern structure, as attested by the massive amount of glass, steel, and sharp edges. But, unlike many new buildings, it manages to radiate a uniqueness (for better or worse). Its shape is odd, but not particularly spectacular. It basically looks like (surprise) a huge glass shed. Interactive renderings of the Culture Shed can be seen here. The building will eventually cover 170,000 square feet and will feature a retractable roof. There will be an open-roof cafe on the fourth floor (if the roof has been retracted, obviously). The Shed’s primary purpose is to host traveling art exhibitions, performances, and other transient cultural activities that would otherwise have difficulty finding a temporary home in NYC. The center will also offer local exhibitions and shows, and will occasionally host corporate and political functions. Some areas of the building will be reserved for commercial and retail office space.

Like everything in New York, there are critics. Some people simply hate the design, which is somewhat understandable. Others hate the retractable roof, which is less understandable. They argue that the 20,000 square feet are reserved for the roof, despite the fact that those 20,000 square feet will only be used when the roof is retracted. Aka, the roof is a waste of space, and members of the community think that space belongs to them. Others claim that the $50 million grant is too much. They think that other artistic institutions were only given thousands of dollars, and that to award $50 million to one project in one year is excessive. Detractors aside, the vast majority of Culture Shed opinion has been positive. As Erika Mallin, director of the Signature Theatre on 42nd Street said, “The shed will help to connect us all, a kind of cultural artery for the entire West Side.”