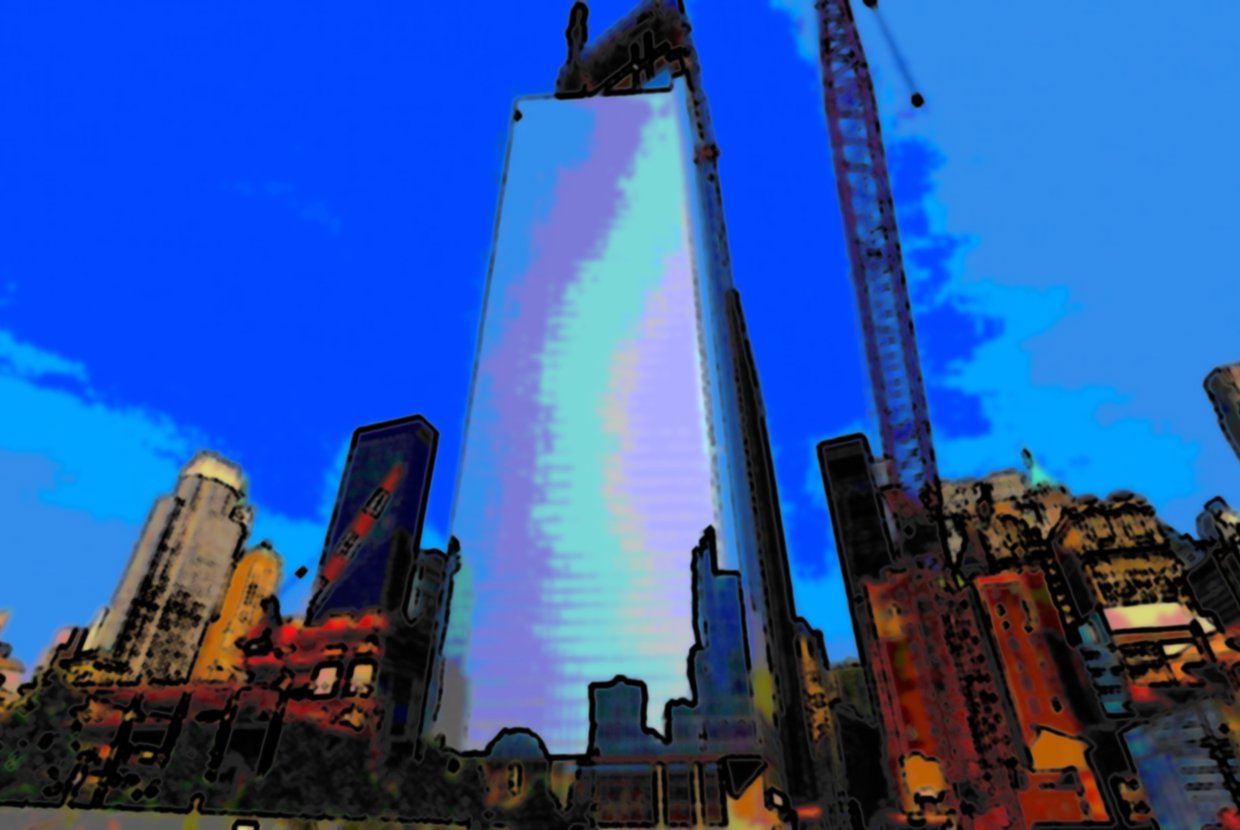 4 World Trade Center is minimalist and modern. It was designed by Fumihiko Maki, whose work is generally grey and glassy. He occasionally employs robust circular corners and daring window placements, although 4 World Trade is decidedly modest. It is 72-stories (977 feet) of coated glass, creating an elegant facade that blends effortlessly with the surrounding architectural landscape. Like 1 World Trade, 4 World Trade was designed to reflect the adjacent buildings and the sky. The 47-foot black granite lobby mimics this theme—it will reflect the 9/11 Memorial across the street.

The building’s floor plates/plans are somewhat unusual. Floors 7-36 are shaped like parallelograms—they feature 44,000 rentable square feet. Floors 48-63 are shaped like trapezoid’s—they feature 36,000 rentable square feet. Floors 7-36 are “designed to echo the configuration of the site”, while floors 48-63 are designed to “open toward the tip of Manhattan.” The floors are largely “column-free” in order to maximize office space.

Rents begin at $70 per square foot. The current anchor tenant is the Port Authority of New York, which has reserved 600,000 square feet.

Some of the other buildings in the burgeoning World Trade family have had more difficult lives. 3 World Trade is a late bloomer; only 7 of the intended 88 stories have been built. However, a few big name tenants tentatively agreed to anchor the tower in July, and Silverstein Properties now claims that the building will be completed by 2015. 2 World Trade may never find its place in this world; 0 of the intended 80 stories have been built. Silverstein Properties says that construction won’t begin until they are able to attract additional tenants.

In May, 1 World Trade became the tallest building in the Western Hemisphere. Its construction was plagued by delays and controversy, but the iconic building pressed on. It is set to open to tenants in early 2014 and to the public in early 2015. This is (obviously) an overwhelming positive for entire WTC development, as the opening of 1 World Trade will likely amplify the construction of the uncompleted towers. 4 World Trade Center is yet another example of New York City’s perseverance; the eventual completion of the entire World Trade development will epitomize the vitality of Lower Manhattan and augment its rapidly expanding commercial, retail, and tourism sectors.