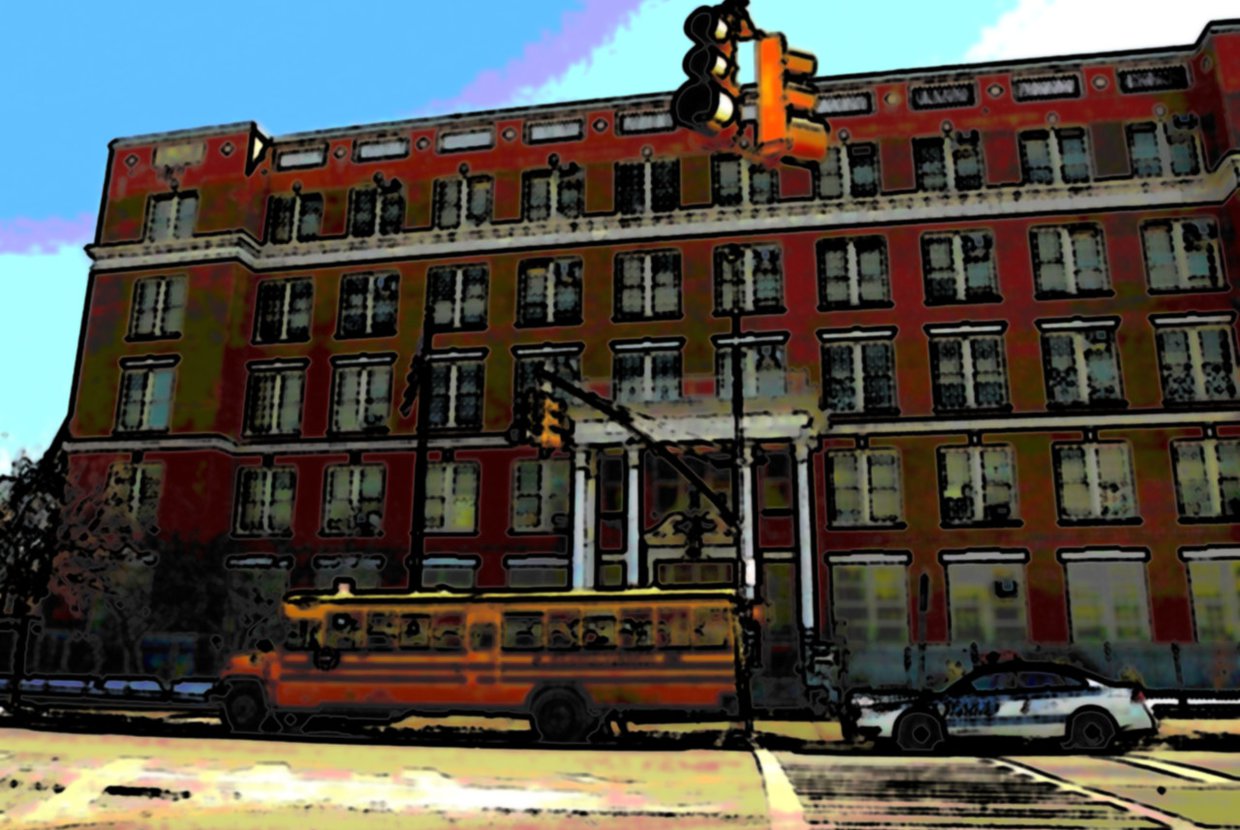 The vast majority of new buildings in NYC are distinctly modern. The basic theme is robustness; new buildings are designed to be so shockingly unique that they dwarf the older and more pathetic structures that surround them. The proposed 100 Norfolk Street is a good example. Previous generations valued conformity (exemplified by the square, concrete, and brick buildings that uniformly line most streets in New York). New Age architecture aims for sleek, sustainable, rearrangeable, integrated buildings that comprehensively unite every nuance of the human experience into an invigorating living and working space.

Which is (apparently) what New York City schools are becoming. Gone are the days of long, dark hallways with squeaky floors, matchbox classrooms and chalkboards, buzzing florescent lights and wet asphalt.

We now have mood lighting. The Grace Church School in the East Village was recently remodeled using new design principles; it now looks more like a Google corporate headquarters than a high school. The school is a somewhat strange combination of winding stairways, office-like classrooms, and large windows. It features (among other amenities) lounge areas with couches, artificial lawns, and enormous amounts of natural light. The walls and floors are a special mix of colors intended to mimic the natural environment. The goal is to create an extension of society within the school, facilitating creativity, ambition, and happiness. "The facility actually becomes part of the curriculum," said the headmaster of Grace Church.

Some prestigious schools—including the Collegiate School on the Upper West Side—are wary of change. They argue that their school’s weathered sophistication and elegance facilitates creativity, ambition, and happiness. There is “pride in how limited the facilities are," boasted an administrator.

Unfortunately, pride doesn’t pay the bills. Collegiate’s current building is too expensive to maintain and too small to properly house its students. The school is moving to a new facility several blocks away, which will be completed in 2016. Like Grace Church, the new Collegiate will feature creative common spaces and an abundance of natural light.