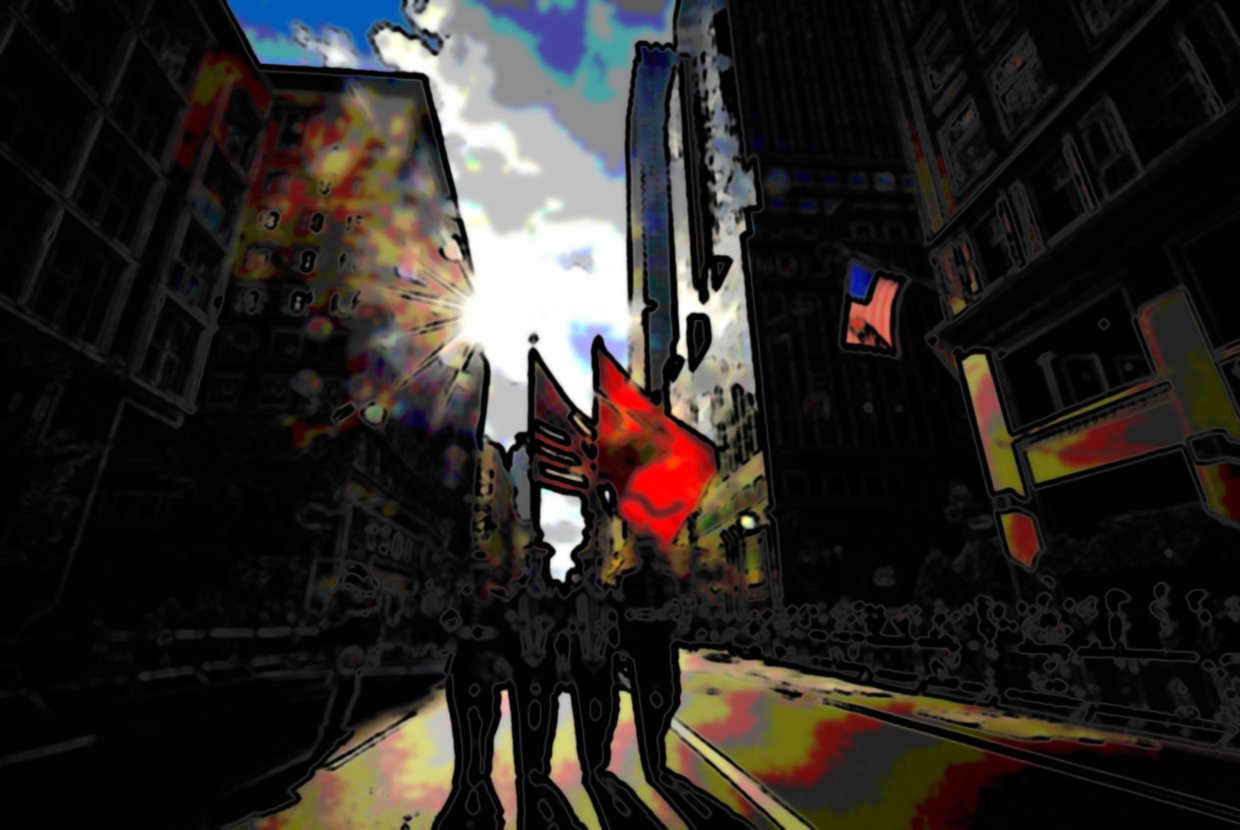 In the spirit of Veterans Day and venerating the pain, sacrifice and courage of our country’s servicemen and women, we will look at some of the major war memorials and monuments throughout Manhattan. While there are many fantastic dedications to the sacrifices of American soldiers located throughout the 5 boroughs (look some up here), it would simply take too long to go over them all. So let us proceed, chronologically, and highlight some of Manhattan’s most prominent war memorials and monuments.

While not commemorating a war exactly, it is hard to compile a list like this and avoid mentioning George Washington. Among the many pieces dedicated to the memory of Washington, the Washington Arch of Washington Square Park in Greenwich Village is by far the most prominent. The Washington Arch was erected in 1889 to commemorate the centennial of Washington’s inauguration and imitates Paris’ Arc de Triomphe. On the arch are two statues of Washington to depict his services to the U.S through the roles of general and president.

Although Marquis de Lafayette was a French noble and not an American, his service to our fledgling nation during the Revolutionary War has earned him widespread veneration in the U.S despite his relative obscurity in France. Lafayette’s loyalty to democratic ideals and willingness to help the Continental Army was instrumental in its victory over the British Empire. The sculpture, located in Union Square Park, was a gift from the French in 1876 for American aid during the Franco-Prussian War and depicts a triumphant Lafayette.

The Soldiers’ and Sailors’ Memorial located in Riverside Park on the Upper West Side is dedicated to Union soldiers who served in the Civil War. The monument was completed in 1902 and resembles a Greek temple with 12 columns supporting an ornate structure that venerates the sacrifice of Union soldiers to preserve the Union.

The Maine Monument is the centerpiece of Midtown West's Columbus Circle and yet many know little about the monument and its purpose. The monument commemorates the American sailors who died on the USS Maine in the Spanish-controlled port of Havana, which triggered the short-lived Spanish-American War. The monument came shortly after the end of the war in 1898 and depicts a triumphant Columbia on a Neo-Classical styled chariot, conveying America’s emergence as a global force.

The Eternal Light Flagstaff in Madison Square Park is a victory monument dedicated to American servicemen following the end of World War I. The monument was dedicated on Armistice Day (November 11th), 1923 and functions as the launching point for the NYC Veterans Day Parade each year.

A less glamorous WWI memorial in Central Park honors the memory of American soldiers, the 107th New York infantry regiment, in particular. The piece is a sculpture that depicts 7 ‘doughboys’ conveying a variety of emotions and poses as a response to combat. The monument was designed by a 107th veteran, Karl Illava, and unveiled in 1927.

In Harlem, a modest black obelisk venerates the 369th infantry regiment, better known as the Harlem Hellfighters. The all-black Hellfighters were subject to some of the most brutal fighting during WWI and despite incredible odds, proved their valor and worth repeatedly. The memorial is a replica of a similar one in France and was erected in 2006.

The abundance of World War I monuments caused those seeking to memorialize World War II veterans to scale back on the number of monuments to just one per borough. Manhattan’s WW2 memorial is the East Coast War Memorial on the south end of Battery Park and honors American servicemen lost at sea during the war. The monument, dedicated in 1963, is a plaza surrounded by pylons that feature the name, rank and home state of the 4,601 casualties while a bronze eagle on the east end of the plaza grips a laurel wreath above a wave.

The Korean War, often referred to the Forgotten War, also has a memorial in Battery Park. Dedicated in 1991, the memorial is a large, hollowed-out granite slab that depicts the silhouette of a soldier. Visitors can look through this “Universal Soldier” to see the Statue of Liberty and reflect on the cost of freedom. The memorial, designed by Mac Adams, is also a sundial that allows sunlight to shine through the soldier’s head and onto the nearby commemorative plaque every July 27th at 10 am, which is the time that the war ended.

The Vietnam Veterans Memorial Plaza is a dedication to the 250,000 New Yorkers who served during the Vietnam War and the 1,741 of them who died. Dedicated in 1985, the Plaza is located along the East River in the Financial District. The memorial was originally a wall of glass blocks with excerpts of personal writings from servicemen and women and news dispatches engraved onto it. In 2001 it was redesigned to also feature a black granite fountain, a stainless steel map of South Vietnam battlegrounds and a “Walk of Honor” that consists of 12 granite pylons listing the name of New York Vietnam War casualties.

The sacrifice of those serving our nation throughout its history echoes throughout New York City in these monuments and memorials and reminds us of the unfortunate human cost of preserving the United States and a stable world. So please, this Veterans Day pay your respects to our heroes.