The 2013 Mayoral Debates in Review 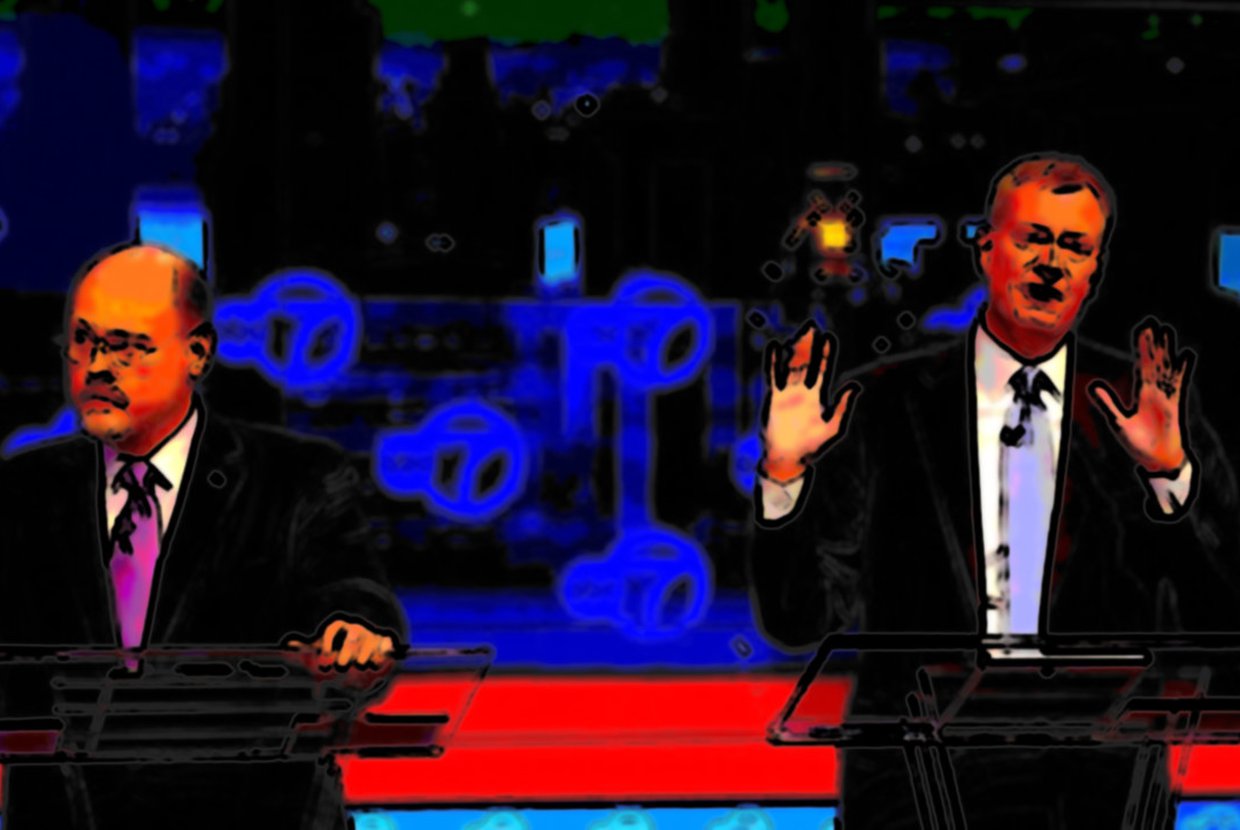 De Blasio’s meteoric rise from the depths of political nothingness to the forefront of the New York City mayoral race is quite extraordinary. At last night’s debate, he proved that he's right where he belongs.

Everyone agrees that de Blasio won the debate. He was far more aggressive than commentators had anticipated. Most assumed that, considering his lead, his attitude would be one of reserved-confidence. Instead, he pummeled Lhota from all angles—a siege that the republican hopeful was completely unprepared for and unable thwart. The New York Times reported that Lhota “found himself consistently outmaneuvered” and that de Blasio “revealed the depth of Mr. Lhota’s difficulties in front of a large audience.”

It was a catastrophic blow for Lhota. Recent polls put Lhota at 22% and de Blasio at 65%. Last night’s debate will, at best, maintain Lhota’s numbers. But, it will probably make them even worse. There are two more debates before the upcoming election, and if they go anything like the first, the race won’t be a landslide—it will be a landslaughter.

The formerly unknown de Blasio—who lives in a small apartment in Park Slope and is New York City's third Public Advocate—quickly gained an enormous following during the democratic primaries. The other democratic hopefuls were plagued by their pasts (and their very poor decisions). Anthony Weiner’s texting scandal destroyed his chances, and Christine Quinn was unable to overcome her ties to Bloomberg.

Much of de Blasio’s success is attributable to his stance on affordable housing, which is perhaps the most crucial issue in the entire election. De Blasio vows to create 200,000 new units of affordable housing (a promise that he repeatedly reiterated last night). He intends to mandate affordable housing: aka, developers would be forced to create a percentage of affordable units, whether they want to or not. He also advocates a year-long rent freeze.

Lhota claims that mandating affordable housing is unconstitutional. He wants to increase incentives for developers to build affordable units, thus expanding upon Bloomberg’s current 20-80 plan, which provides significant tax breaks for developers that make 20% of their units affordable.

Although de Blasio has captured the hearts of the general populace, his policies have irked real estate developers, who think that freezing rents and mandating affordable housing will smother the possibility of new development.

A battered Joe Lhota—who is slowly but surely drowning in the fierce waters of the New York City mayoral race—managed to surface and desperately grasp for air at the second 2013 NYC mayoral debate on Tuesday night.

Lhota viciously attacked de Blasio’s stance on crime. He claimed that de Blasio will lead the city into a cataclysmic wasteland of theft and murder, transporting New York back to “where we were” in the 70’s. Lhota argued that de Blasio supports softer policing, citing his desire to end the stop-and-frisk program.

A recent Lhota advertisement embodied these criticisms. It featured a clip of the now infamous biker gang beatdown, followed by the caption: “De Blasio wants to visit motorcycle clubs and talk to bikers.” The ad ended with a photo montage of decay and crime, before ultimately concluding with the message: “Don’t let Bill de Blasio take New York backwards.”

De Blasio slammed the advertisement, claiming that it was “race baiting and it’s fear mongering.” He went on to criticize Lhota’s connection to the Giuliani administration, on which Lhota served as the Deputy Mayor of Operations. De Blasio, whose “tale of two cities” rhetoric has been driving his campaign, said that Giuliani's tenure was “not a good period in our city’s history.” And that Lhota was “the right-hand man of Rudy Giuliani when he was going out of his way to divide this city.”

Lhota was equally critical of mayor David Dinkins, whom de Blasio served as a former aid. He argued that Dinkins oversaw a dirty and crime-ridden New York, and that the “last time we had a race riot” was during his term.

Other topics at the debate included education reform, parks, and taxes. Lhota claimed that de Blasio will raise taxes on the middle class and close charter schools. De Blasio, not used to being on the defensive, sometimes struggled with coherent rebuttals.

De Blasio has also been critcized for his desire to redistribute 20% of Central Park’s funding to more run-down greenspaces. A writer for the New York Post bashed the plan, saying that de Blasio is “looking to loot the city’s parks.”

Joe Lhota threw a few desperate jabs at Bill de Blasio in the final round of the New York City mayoral debates on October 30th. He connected a few times, but none of his punches managed to cause any serious damage.

Lhota needed a haymaker. He stands at 26% in the polls; de Blasio stands at 65%. De Blasio, keenly aware of his tremendous lead, was calm, collected, and confident.

Lhota insisted, yet again, that de Blasio’s policies will increase crime. And, yet again, he used the stop-and-frisk program as an example.

Lhota vehemently opposes ending the stop-and-frisk program. He insists that it is (at the very least) partially responsible for New York’s historic drop in crime. In August, a federal court deemed the tactic unconstitutional. Lhota vowed that the ruling will be “completely overturned upon appeal” if he is elected. And that this will be “good for New Yorkers because it’s going to continue the proactive policing that has driven crime down.”

Social stratification is a hot topic in this election. De Blasio has adopted a populist message; at the final debate, he argued that Lhota’s New York will be plagued by income inequality, and hence “look very much the same as today.”

Lhota claimed that de Blasio’s plan to address wealth gaps are unrealistic. He was especially critical of de Blasio’s proposal for universal pre-kindergarten, a policy de Blasio would fund by raising taxes on those making over $500,000.

When de Blasio was asked if he had “Plan B” for his Kindergarden proposal, he said that, “We intend to pass this. Anyone who’s a leader doesn’t start talking about Plan B’s, Plan C’s.”

Lhota slammed de Blasio’s response, arguing that it reflects the Public Advocate’s naivety. “He has no management experience whatsoever,” Lhota said. “Real leaders not only have a Plan B, but they have a Plan C.”

Storm protection and racial profiling at department stores (due to the recent high-profile incidents at Barney’s and Macy’s) were among some of the other topics at the debate.

Despite Lhota’s respectable performances in the last two debates, he will need a miracle to win the election on Tuesday. Maybe it’s time for him to bust out Plan D.