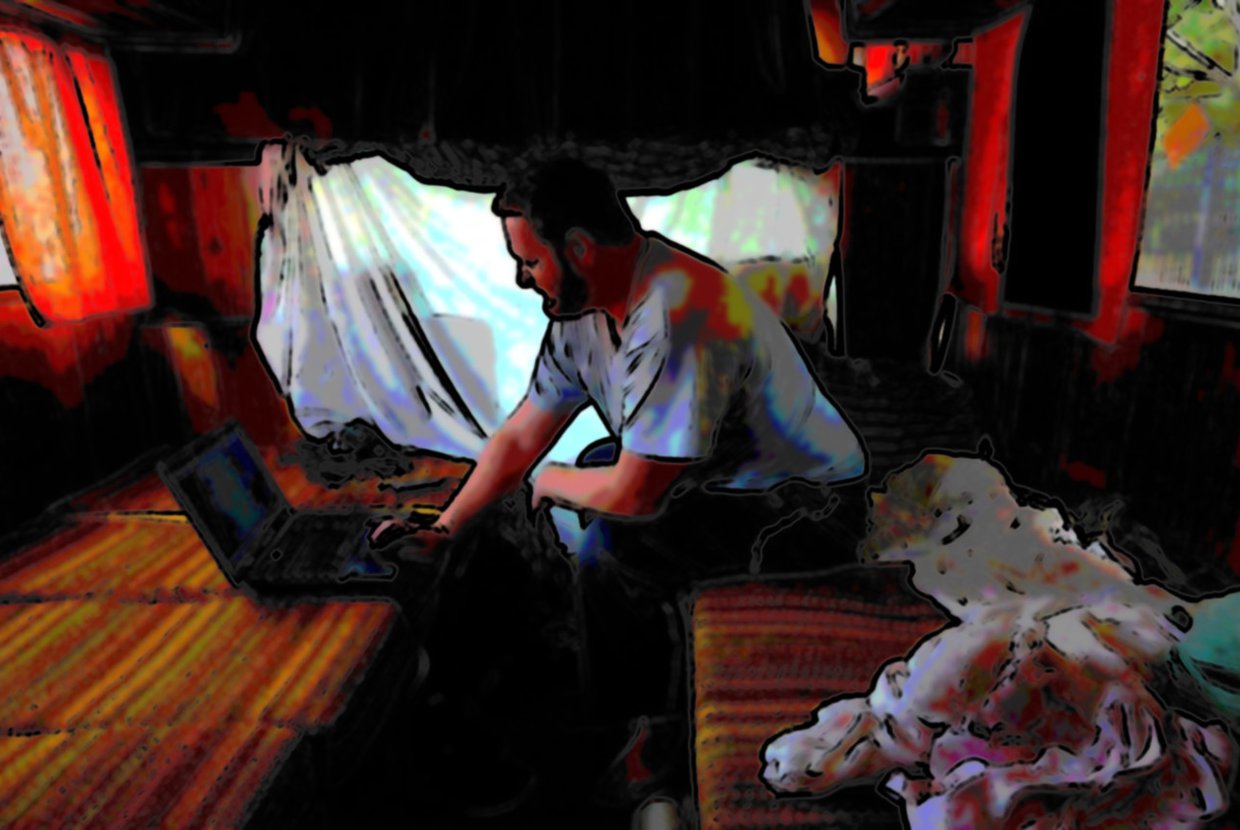 Average rents for NYC apartments are increasingly absurd. But, some New Yorkers have a simple solution: they don’t live in an apartment.

RV’s now sit on street corners in New York City’s trendiest neighborhoods. Residents of these mobile homes live rent free in the center of the most expensive rental landscape in the country.

Most RVer’s live on wheels by necessity, not by choice. However, some have easily adapted to the mobile lifestyle. Steven Crinton—a Park Slope native who bought a Gulf Stream on Craigslist for $5,000 after breaking up with his girlfriend—said that he’s "got everything” he needs.

Crinton’s “everything” consists of a moldy bed, a couch caked in dog hair, mini fridge, stove, and tiny bathroom.

B. Bryan’s $15,000 1994 Thor Industries Pinnacle is a little more snazzy. It is fitted with two flat-screen TV’s on which he plays video games, a satellite dish, and a security camera. He gets water for his bathroom from fire hydrants, electricity from solar panels, and Internet from his mobile phone.

According to Bryan, “Everyone wants to hang out in my RV.”

By “everyone” Bryan most likely means his beer-bellied friends. Rick Hall, an Ohio transplant who bought an RV to save money as he studies at Saint John’s University, said that, “the ladies aren’t exactly kicking in the door.”

Although there are “no city laws specifically addressing living in an RV or any prohibition against living in a parked vehicle," there are neighbors—and police. Crinton, who was bumming electricity from a nearby hotel with an extension cord, was ordered to move by the cops because the cord violated city safety regulations. He now lives in a parking lot.

These RV dwellers are among a growing demographic of alternative housing connoisseurs in NYC. A California designer made news when he turned a dumpster into an “apartment.” A group of artists made news when they turned a 1954 Shasta trailer into a $80 a night “hotel.” Then there was the band of ingenious hipsters that attempted to transform an abandoned nut factory into an indoor trailer park. Unfortunately for the hip visionaries, their nut factory project was deemed a little too nutty by the FDNY, who shut it down after going “to the location with DOB to check it out and found unsafe conditions.”

Although Steven Crinton has adapted to life in his $5,000 RV, he bemoans the loss of the neighborhood he grew up in.

"It's bad out here," he said. "All the yuppies came in and that changed everything."