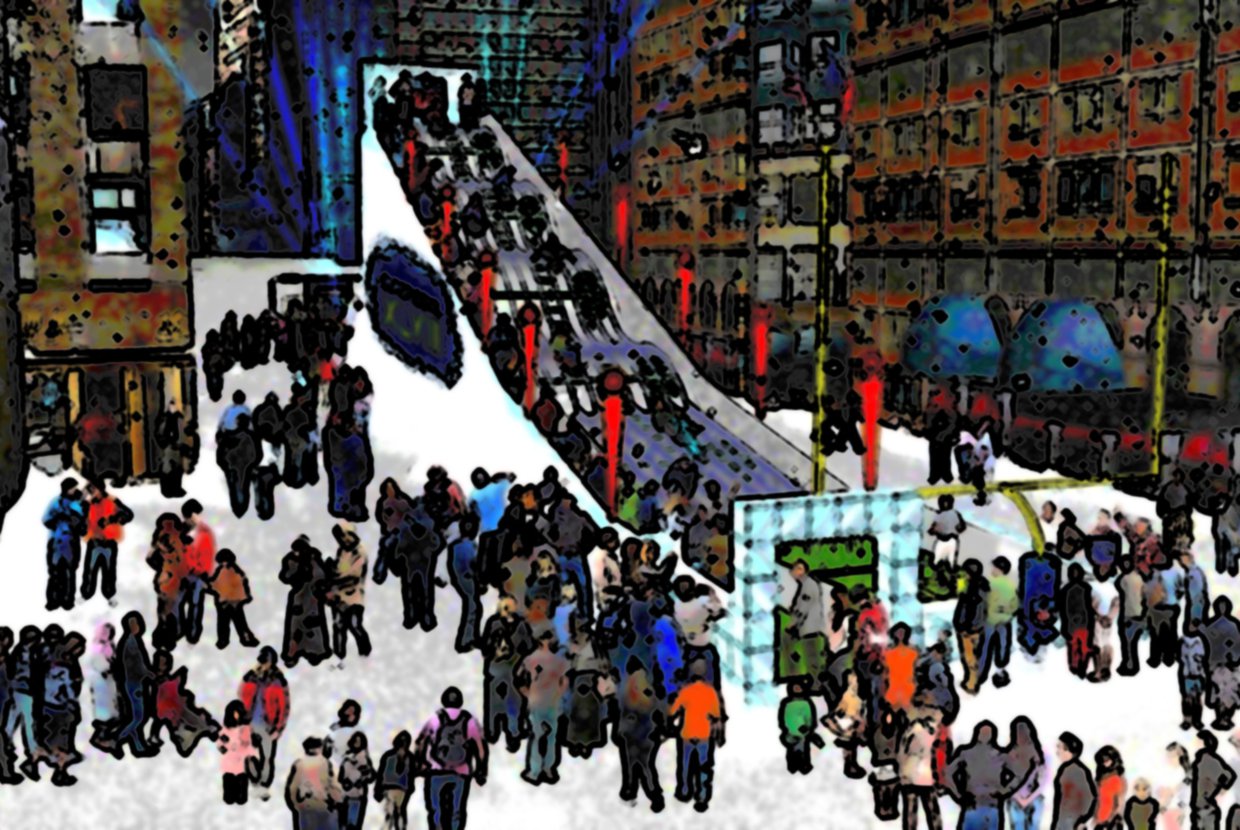 This Sunday, the Super Bowl will be held in the New York metropolitan area for the first time in National Football League history. Just across the Hudson River in New Jersey lies Metlife Stadium—home of the New York Giants and the New York Jets. On February 2nd, the Denver Broncos will face the Seattle Seahawks in the NFL’s first Super Bowl played in a cold-weather, non-dome stadium. Though fans of New York teams have no horse (or bird) in this race, Super Bowl week is an exciting time for the City.

Construction crews have been working non-stop to transform 14 blocks of Broadway in Midtown into Super Bowl Boulevard, which will play out as a sort of opening act for Super Bowl XLVIII. Various events include football clips projected onto the Herald Square Macy’s, autograph tents, a 60 foot tall, 8-lane “Toboggan Run” slide, and of course, merchandise, merchandise and more merchandise.

For many, the Super Bowl is the grand finale of the NFL season. A time to eat greasy finger foods and gather a group of friends to watch the game on the big screen. For the NFL and the host city, the Super Bowl means money, and lots of it.

According to the NY/NJ Super Bowl Host Committee, which works alongside the NFL in preparation of the big game, the Super Bowl will provide the New York City area with a $500 to $600 million economic boost.

But not everyone is so optimistic, according to an AP report. While a quick walk down Broadway this week shows that the tourists are here, it also shows where they’re spending their money—on the NFL-funded events that go directly back to the league. Local businesses are claiming that they have seen very little, if any economic boost this week leading up to the game.

Hotels were specifically expected to benefit from the Super Bowl. The average price of a ticket to the game has had a varying daily average from $1,000 to over $3,000, so those attending the game have some money to spend. Still, several hotels in Manhattan remain underbooked.

“All of the anticipation and the hype about what this was going to bring for hotels in New York City has not materialized,” said Kate Martin, general manager of the Hotel Chandler in Midtown.

Several Super Bowl goers have opted to rent an apartment from a local New Yorker through the internet service Airbnb, though the prices for a night in a stranger’s apartment are certainly inflated this week as well.

So how much will Super Bowl XLVIII generate? According to economist Robert Baade, who has studied the economic impact of past Super Bowls on local economies, “$50 to $60 million would be a generous appraisal.”

While the lofty hopes of $600 million may be dashed, January and February are notoriously slow months for tourism in the City, so any economic boost is surely a welcome one.