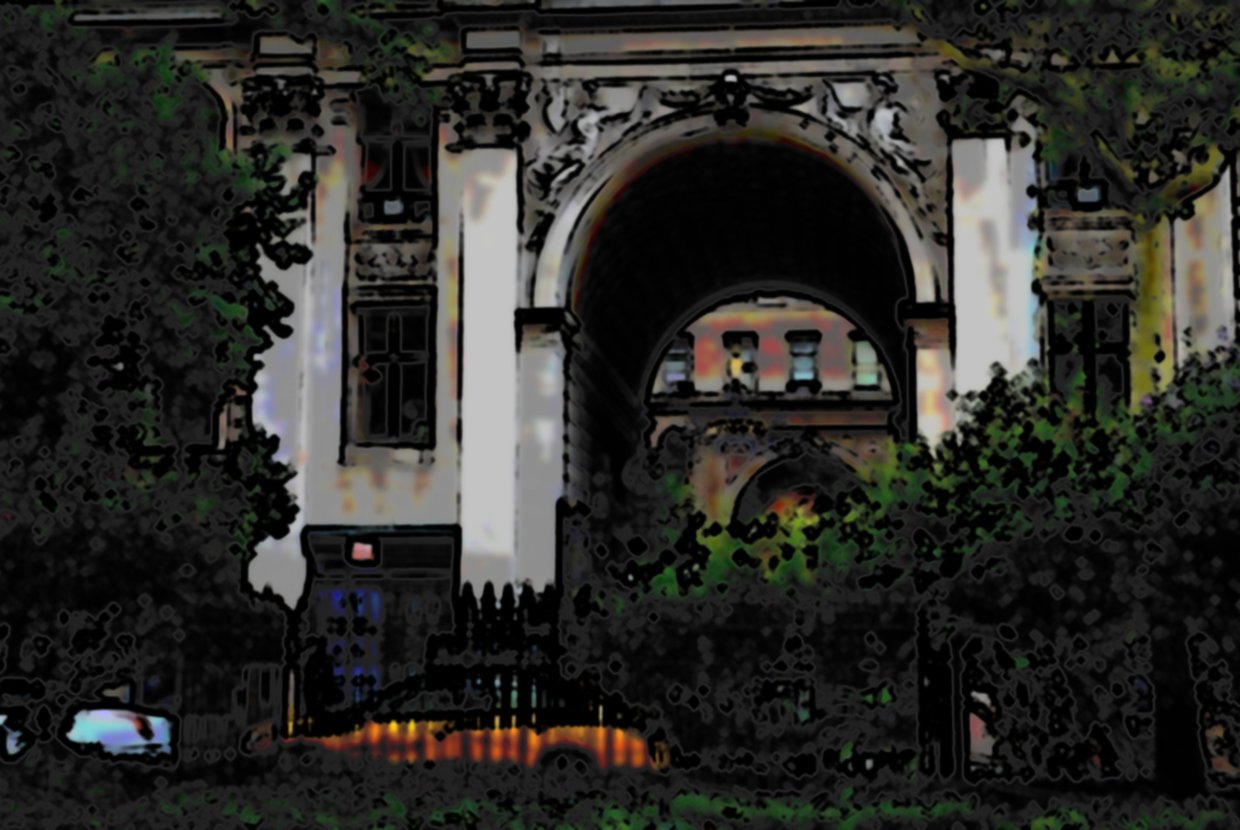 New York City’s Landmarks Preservation Commission is the largest municipal preservation agency in the nation. This makes sense, considering the rich history that this city possesses, along with the substantial number of historically significant buildings and monuments that can be found in every nook and cranny of each borough. When the worlds of lucrative real estate development and a culture that deeply cherishes NYC history collide, heated exchanges of words (and sometimes worse) are bound to take place. Needless to say that this keeps the committee board members quite busy. Here is a round-up of noteworthy preservation battles currently taking place in the city.

The Apthorp, a century-old luxury condominium building, occupies a full a block between Broadway and West End Avenue on the Upper West Side. The Apthorp building was designated as a New York City landmark in 1969, and added to the National Register of Historic Places in 1978. In 2013, the developers of the Apthorp proposed a plan to build four new penthouses on the rooftop of the building. This proposal by Area Property Partners was denied by the LPC, as commissioners believed that the proposed construction would "throw off the bilateral symmetry," altering too much of the 1908-built building’s Italian Renaissance Revival design. The architect plans to return with a new proposal, but their work may be in vain, as the chances of the four penthouses going up on top of the Apthorp continue to look quite bleak. According to the condominium owners of the Apthorp, 100 percent approval from the owners is necessary in order for a revisions to be made to the building. The rooftop is a common area used by current condo owners, and so far there has been no indication that the residents of the Apthorp will be approving any revision to their building.

First opening its doors to the public in 1961, the American Folk Art Museum has been showcasing American folk art, as well as the work of international self-taught artists. Defaulting on its debt and no longer able to stay at its 45 West 53rd Street Midtown location, the museum relocated to a smaller space in Lincoln Square, while MoMA acquired the Midtown building 2011. In April 2013, MoMA announced plans to demolish the award-winning building in order to proceed with its plans of expansions. The announcement was met with massive opposition from preservationists, art enthusiasts, and architects, causing MoMA to reassess its decision. Despite public outcry to list the Midtown building as a landmark, the LPC did not. In January of this year, MoMA once again announced plans to demolish the barely decade-old building, bringing this preservation battle to a somber close. MoMa did, however, promise to dismantle and preserve the copper-bronze alloy facade that the building was well known for.

Designated by the LPC as an interior landmark in 1989, The Four Seasons Restaurant is located in the heart of Midtown on East 52nd Street. The Four Seasons is known not only for being the first American cuisine restaurant to offer seasonally-changing menu choices, but also for the 95-year old large curtain designed by Pablo Picasso, which has been displayed at the Four Seasons since the restaurant opened back in 1959. RFR Holdings, the real estate company that owns the Seagram Building in which the restaurant is located, announced plans in January to remove the painting in order to make repairs on the limestone wall on which the “Le Tricorne” curtain hangs. The Landmarks Conservancy insists that there is a considerable risk that the near-century old tapestry may collapse upon removal. The battle between RFR and the Landmarks Conservancy (the owners of the tapestry) is currently on-going. On February 7th, a New York State Supreme Court judge issued a temporary injunction barring RFR Holdings from moving the painting, stating that he did not “want to be the judge who has a Picasso destroyed.”

The Rizzoli Bookstore, located on 57th Street and Fifth Avenue, is a charming bookstore located inside of a charming 109-year-old limestone building. A former piano showroom converted into a luxury retail space, walking into Rizzoli will make one feel as though they are being transported to a different time. In January of this year, real estate tycoon and owner of the building, Richard LeFrak, announced plans to demolish the building. Despite Community Board 5, which oversees Midtown East, voting unanimously in favor of designating the building a landmark in 2007, the LPC has concluded that Rizzoli does not meet the criteria for individual landmark status. LeFrak did not specify further plans post-demolition, but it is noteworthy to mention that this particular neighborhood South of Central Park, and 57th Street in particular, is currently undergoing rapid changes and developments due to the impending emergence of “Billionaire's Row,” a cluster of seven ultra high-rise condominiums. A group by the name “Save Rizzoli Bookstore” has launched a petition on Change.org, asking for signatures from supporters of this beloved Midtown bookstore, though it is highly likely that their eager attempts to save Rizzoli may be in vain.

Since opening to the public in 1857, Central Park has provided a beautiful green oasis for busy New Yorkers who, from time to time, long to escape the noise and pace of the fast life. With the aforementioned, skyline-changing surge of supertowers which are being developed along Central Park south, New Yorkers who seek solace at the Park are understandably quite upset over the inevitable shadows which will be cast on hard-to-come-by Manhattan lawn. Time from Elegran recently attended a heated public forum held by Community Board 5 on the impact of the supertowers. For full coverage on the forum and details on what Central Park may look like once all of the supertowers are erected, click here.