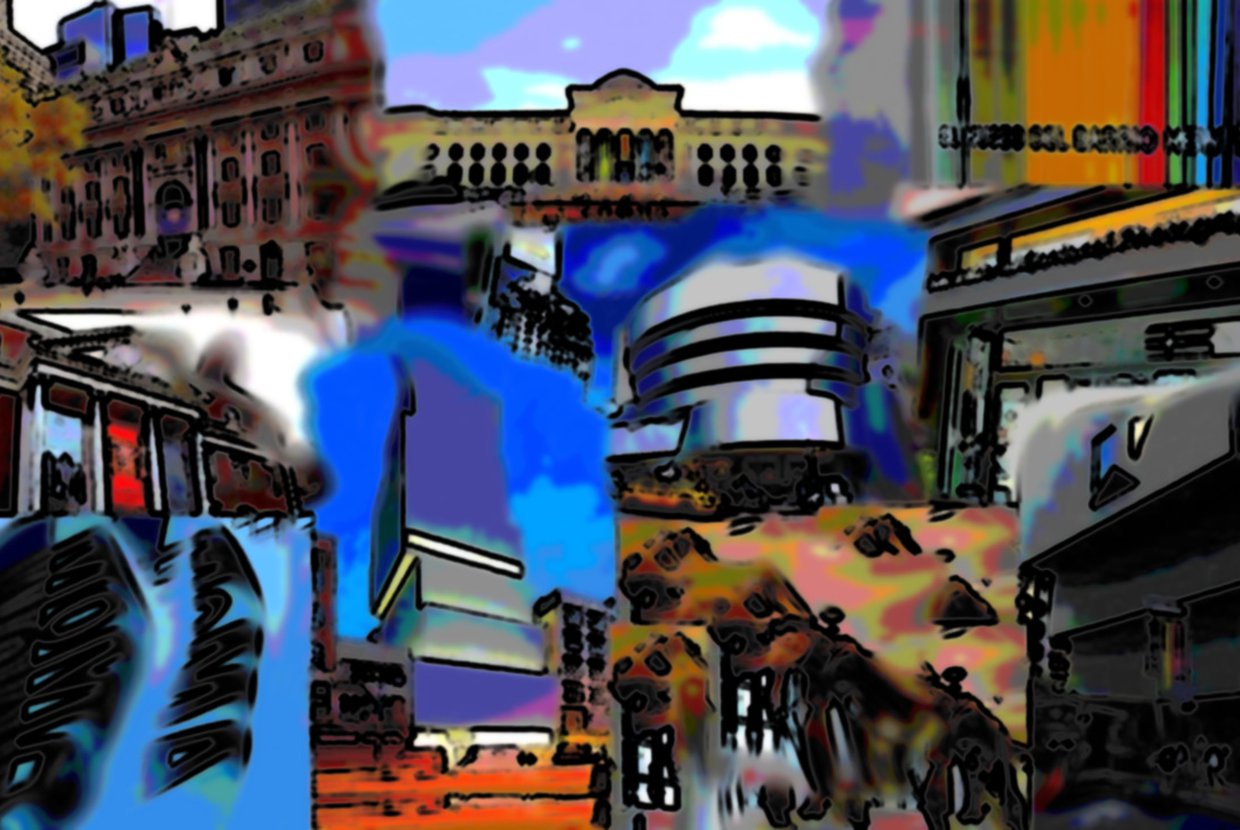 
Reconstructing the Universe offers a chronological timeline of Italian Futurism from it’s beginnings in 1909 until it’s downfall around the end of World War II. From the 300 works being displayed you can take a walk through time and explore painting, sculpture, design, ceramics, fashion, film photography, poetry and so many other mediums of expression. Each work shows the evolution of the Italian Futurism movement explicitly.

The Metropolitan Museum of Art


Explore the power of ancient times through sculptures. Take a walk through the cultures of the lost kingdoms of South Asia and discover the cultures that have ceased to exist. These sculptures are considered to be national treasures by many countries, some including, Cambodia, Vietnam, Thailand, Malaysia, Singapore and more. Most of these countries have lent these works of art to the Metropolitan Museum of Art.


Documenting decades of political and social turbulence in South American countries, we get to see the street view of what life was like in an unsavory time. The exhibition is divided into four sections that show different aspects of public expanse at the time, such as street culture, poverty, protests and what the cities looked like. This isn’t your average walk through time, this is the true story of Latin America, told through photos.


Museum of the City of New York


Artwork donated by the artist himself to the Museum of the City of New York. Martin Wong, the artist behind City as Canvas lays out over 150 works. This collector displays graffiti art, through paper and canvas mediums as well as, ink and aerosol. This exhibition will also feature graffiti art through photographs of buildings and trains that no longer exhibit the works themselves.


El Museo del Barrio celebrates their 45th anniversary with the exhibit of Museum Starter Kit. The idea behind this “Starter Kit” is to bring Museo del Barrio back to it’s beginnings and re-examine the idea of the museum. This exhibition shows the beginnings of the museum and sets itself in motion through four steps.  Featuring works by Montañez Ortiz, modular structure from BroLab, reflection of the past and future of El Museo through performance art, and getting local artists to bring in their personal objects for gallery display. All whilst taking you through the history of this museum.

Ladies and Gentlemen… The Beatles!


This exhibition takes us through The Beatles history from 1964 to 1966, the years the Beatles were most popular in America. On display are pop culture artifacts, letters, instruments, photos, interviews, interactive displays, oral history booth (where visitors can do their own impressions of The Beatles).


2014 Whitney Biennial has three curators from outside of the Whitney come in and control a floor, filling each separate floor with ranges of geographic vantage points and curatorial methodology. Each curator has a unique point of view. Their views will give the viewing audience a variety of mediums, generations, and diversity to visualize. This is also the last Biennial in the Whitney Museum before it’s move to it’s new location.

National Museum of The American Indian

Before and After the Horizon: Anishinaabe Artists of the Great Lakes


Travel through the Great Lakes history of indigenous people the Anishinaabe. They feature ancestral art through objects that share the story and life of the Anishinaabe people. Besides just exhibiting traditional Anishinaabe of the past the exhibition also tells of the identity of this group today. The artists featured share the story of humans spiritual and social connections and relation to the earth.

Ragnar Kjartansson: Me My Mother, My Father, and I


New Museum presents it’s first ever showing of Ragnar Kjartansson’s art. The Icelandic artist will be displaying durational performances and video installations. Kjartansson explores the lines between reality, fiction, ideas of myth, cultural history, and identity.  The art display will be accompanied by an orchestra of 10 musicians playing a live soundtrack continuously throughout the exhibition. Kjartansson tells over 1,000 years of Icelandic history through storied performance pieces.


The first all inclusive showing of Sigmar Polke’s work across all mediums, painting, film, photography, drawing, prints, and sculpture. Polke is thought of as highly influential artists within the postwar generation. The exhibition consisting of his multi-medium pieces includes within it’s range films that polke made, a performance that was made for West German television in 1972 and paintings that are comprised of soot on glass that have never been shown before in the United States.

Pterosaur: Flight in the Age of Dinosaurs


Step into the prehistoric past with the Pterosaurs. The display features rare fossils, interactives that bring the dinosaurs to life, and life-sized models. The fossils of pterosaurs are hard to come by as they are ancient animals that didn’t live in places where fossils formed. Having the chance to see these rare fossils is a special treat, and considering that they are a flying breed of dinosaur visitors will also be able to see the many forms of this rare species.

Ai Weiwei: According to What?


Ai Weiwei the artist behind According to What? will be showing over twenty years of his work in thirty pieces. Weiwei’s art examines the topic of culture, politics, history and tradition through interdisciplinary works. The pieces consisting of photography, sculpture, architecture, and activism show the issue of freedom of expression in China and on a global scale.

For the best view, check out the map in full screen.

To embed this map on your site, just copy and paste the text below: