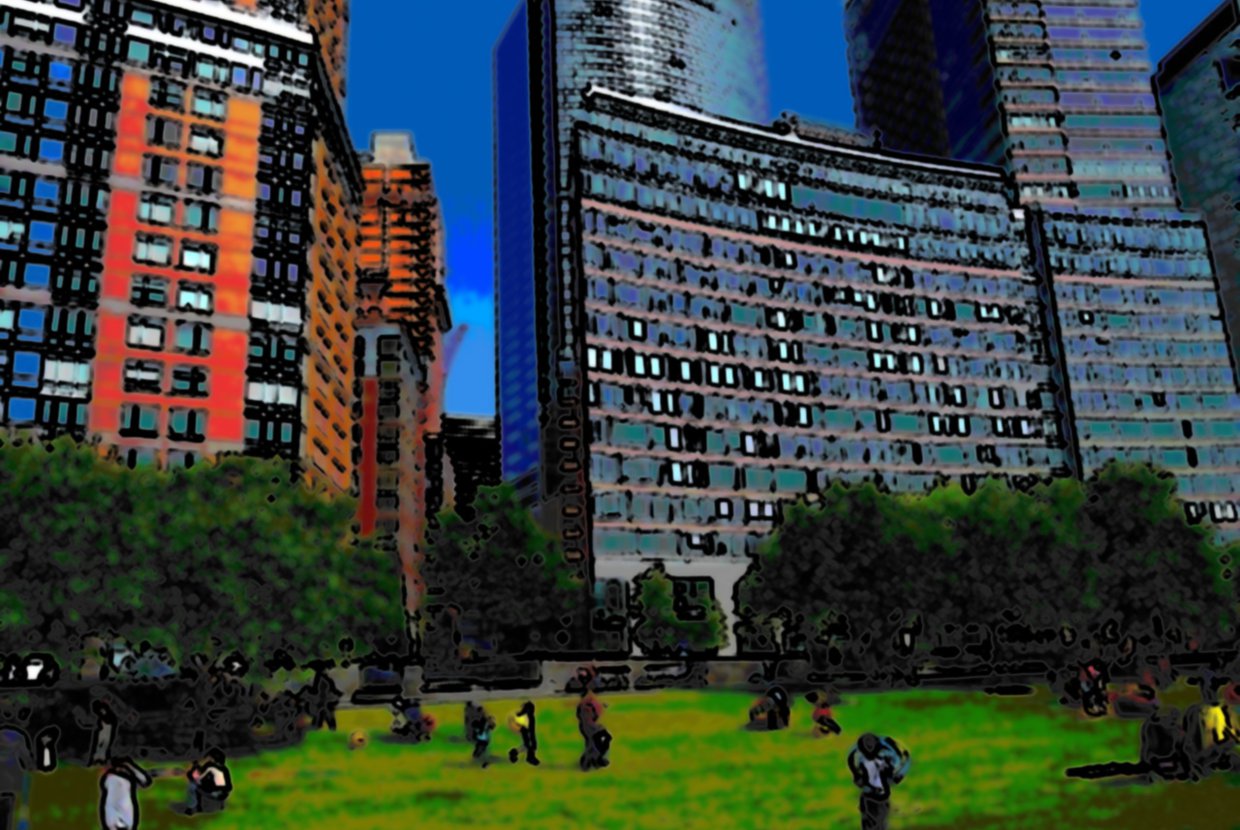 Being one out of the two most important global cities, it’s no wonder why anyone would would want to live in New York.  Fortunately, there are great neighborhoods that, relative to others in their areas, make the New York experience more accessible, i.e. affordable.

The reclaimed land of Manhattan’s Battery Park City was planned largely as a residential neighborhood, and as such, there isn’t too much going on at night—but maybe that’s a good thing, providing an entirely different vibe from that which typifies a city that never sleeps.  The ongoing construction to the proximal World Trade Center has become a feature of the neighborhood, and all the negatives its continuation implies, but when all the building projects in Lower Manhattan finally come to fruition, the neighborhood will likely be considerably more appealing.

The nature of the Lower East Side cuts in the other direction—it’s full of nightlife.  Even if its overall attitude is distanced from luxury, it’s characterized by galleries and music venues.

Gramercy Park and Kips Bay, also in Manhattan, both come with the issue of a lack of easy access to public transportation and other services.  But at least Gramercy Park will benefit from the Second Avenue line that’s projected to open in late 2015.

At the moment, Harlem’s prices are at a lower level, but the landscape of at least some of its subsections have been changing with the introduction of higher-end service providers.

Unlike the adjacent, and more popular neighborhoods of Long Island City and Astoria, Sunnyside in Queens has not been tapped by developers to expand upwards, and currently maintains its position as a quiet residential neighborhood.

Brooklyn, too, for all its culture, still has a few appealing neighborhoods that have been under the radar.  Bushwick for instance, butting up against the ever-culturally relevant Williamsburg and Greenpoint, lacks higher-end services as of yet, but it would not come as a surprise to see increasing interest from residents and businesses alike over the next few years.

Crown Heights mirrors the Gramercy Park and Kips Bay issue of public transportation, but its true-to-Brooklyn brownstones give it a decidedly different character.

Sunset Park, depending on where you are, can be closer to Staten Island than the island of Manhattan, but it’s maintained its general price point arguably in part due to low inventory turnover.  The neighborhood is the subject of a redevelopment plan that hopes to, in time, to modernize the area’s infrastructure, industrial space, and waterfront.