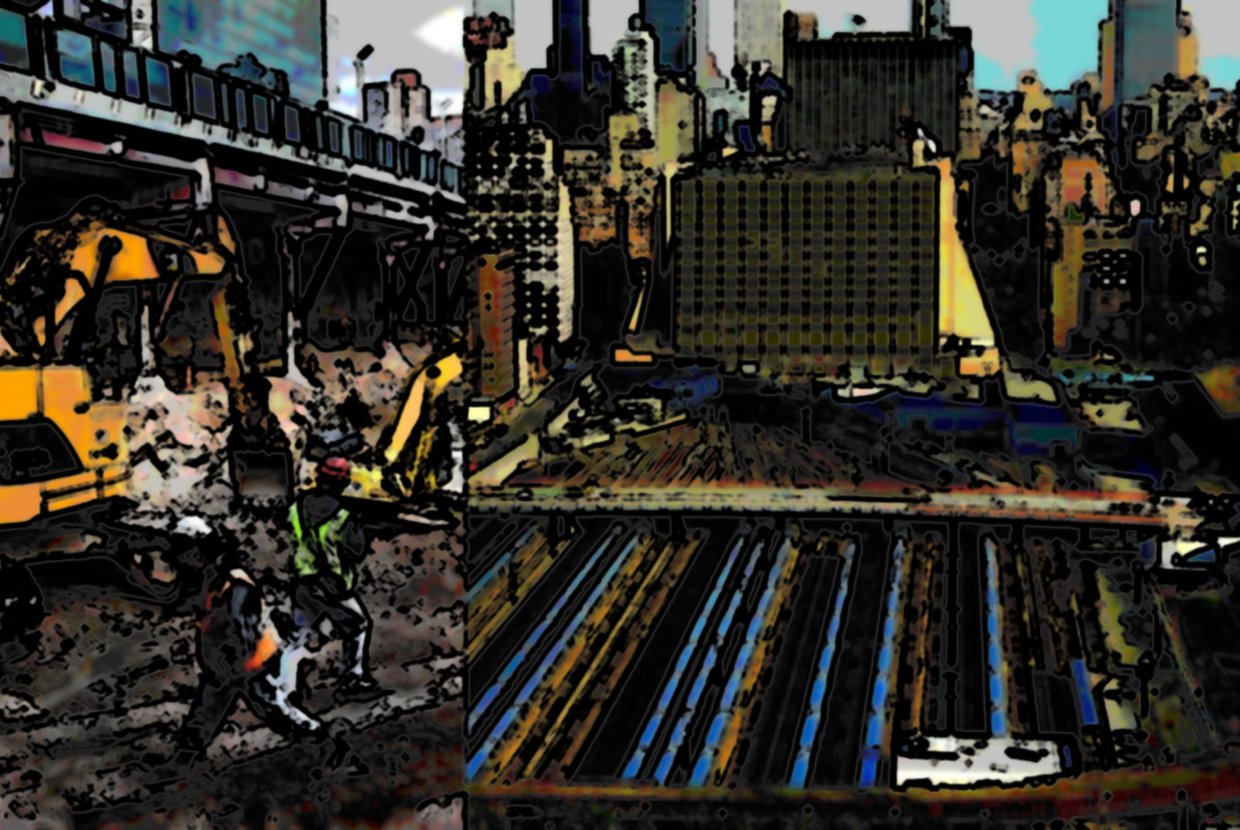 The once forgotten rail yard on the west side of midtown along the Hudson River, has been a hot topic in the past year. According to the Related Company, we’re going to experience the “New Heart of New York” come 2018. Construction and renderings for the Hudson Yards Project have been developing for a year now, but what’s the progress of this progressive city in a city?

This past Wednesday March 19th, 2014, the groundbreaking was held in Hudson Yards that sounds the beginning of building the first platform that will hold New York’s new heart. The first platform being constructed will hold two office towers, two residential towers, and over a million square feet of retail and five acres of open public space.

The foundation for the massive Hudson Yard Project will sit over 26-acres of active LIRR train lines (rails that normally support the overflow of trains during rush-hour). Construction will continue in the midst of 30 rail tracks which will remain active as the foundation for the project continues around it. With the challenge of an active rail yard, the engineers of this project are going to be extremely precise with their placement of the foundation.

The 1980’s engineers of the rail yard must have known that one day developers would come and build on top of rail lines. They left small gaps down the edges of the yard with enough room for new support columns to be dug into the ground, the space left also took into account the train lines activity and was created to not hinder the train routine. Engineers and construction workers will drill holes meticulously into the gaps to hold up a massive two-platform structure that will further hold up an entire city supporting 65,000 people. The Related Company has planned with the LIRR to allow flawless construction and rail passage throughout this process.

Completion of the two-fold platform project will see 25,000 tons of steel installed and 14,000 cubic yards of concrete, bringing a total weight of 35,000 tons. That is just the platform not including the amount of materials and weight of the actual buildings that will rest on top of it.

Phase two, is the western phase and will build seven residential towers an office building (West Tower) and a school.

Here’s a video that details the construction in it’s full capacity:

This plan for the Hudson Rail Yards, was not the only contender in the battle of development. Let’s hope that the city has chosen the best plan for residents of NYC. Check out two of the plans that could have been constructed in this area.

These projects although being rejected by the city, show a lot of the same ideas as the Hudson Yards we will soon see in the next few years.

With the anticipation of the mammoth new city in a city project, all around the Hudson Yards Project has also been riddled with construction. The 7 line of the subway is being extended in anticipation for travellers to commute to Hudson Yards, creating a station at 34th street. The station is expecting a June 2014 completion date.

The High Line will continue development and loop around the outer edge of the yard, in a bowl like shape closer to the Hudson River. Allowing more green space around the new project.

The Hudson Yards Project is now well underway and has set itself up with high expectations from NYC residents. The final version of the project will look like a futuristic sub-city of the already advanced Manhattan borough. With progress currently advancing, we will soon see all the wonders that Hudson Yards will offer.