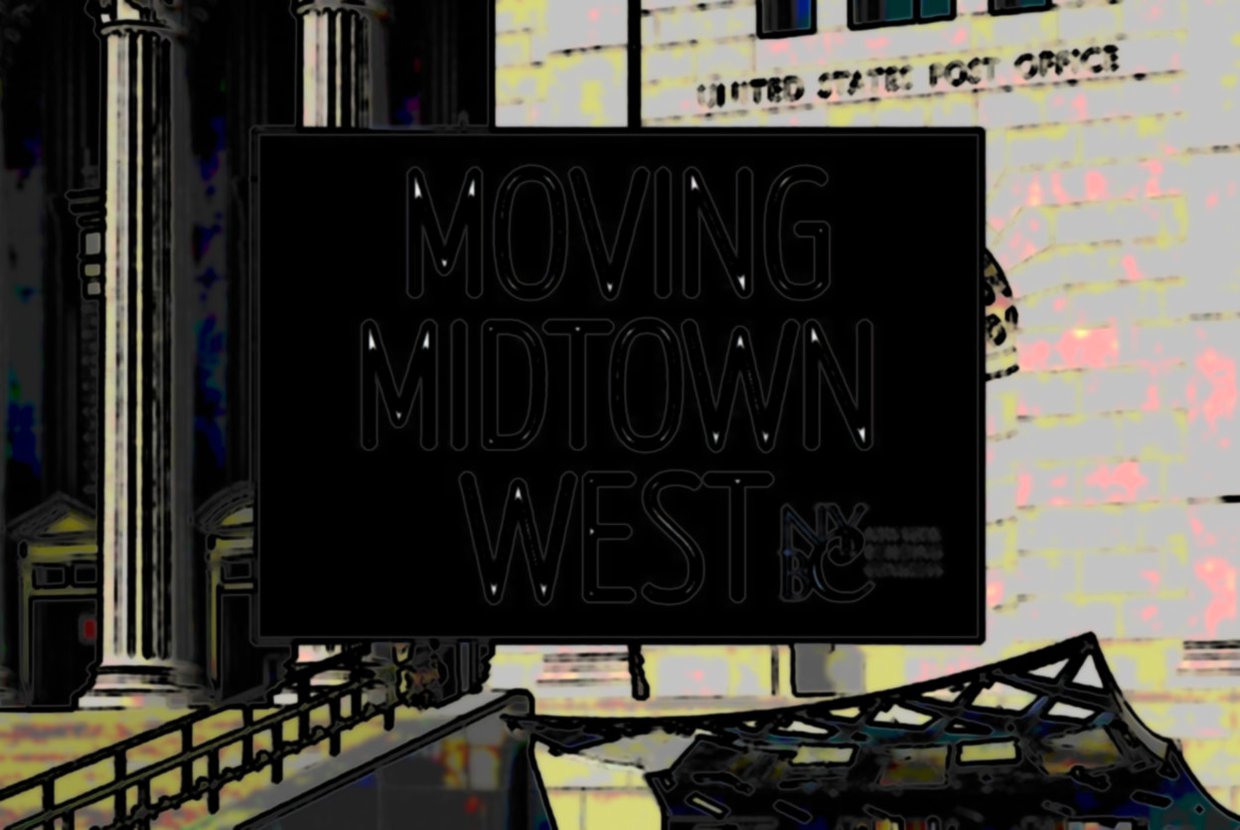 Midtown West will one day be the home to the mammoth sized Hudson Yards Project, which is already undergoing construction. In order to ensure that the many people that will be moving into that area will be accommodated by mass transit the New York Building Congress (NYBC) has proposed the Moving Midtown West (MMW) project.

Releasing the report on the MMW in April 2014, the NYBC has identified the problems in the current transit situation, along with the resolutions and challenges the city will face in constructing new train lines and reconstructing old ones.

The problem as identified by the MMW report is “an aging transit system”, for anyone that has taken a walk through Penn Station this notion is easily attestable. The second major dilemma facing NYC transit is a growing population. In a general sense, yes, these problems are in dire need of fixing, in a more specific context the report shows the detailed descriptions of West Manhattan’s transit follies.

The answer to these three main transit problems comes in the form of four solutions or “four core projects” according to the detailed report.

Located across the street from Penn Station will be a newer Moynihan station, which is in the old Farley Post Office building. The Amtrak train will be based out of this station, which in turn will free up space in Penn Station. The Phase 1 of this project is currently being constructed, adding stairs and escalators to the platforms, modernizing passenger concourses underneath the station, making an attractive exterior, which will bring passengers to the newer station.

Phase 2 will cost $700 million and would change the Post Office interior into a new commercial space with ticketing and other necessary facilities for passengers. NYC at this point hasn’t contributed any capital to fund the Moynihan station. For completion of Phase 2 they will need to secure the necessary funds to continue.

Phase 3 funded by private developers will give the new Amtrak home commercial spaces in the area using air rights. However, the completion of this phase does not directly affect the plan as a whole.

Creating new rail lines between West Manhattan and New Jersey will ease the tensions of the current demand for their to be more accessibility between the these two areas. Gateway will create a second train route under the Hudson River which will give time and possibility for the tunnel that hasn’t been updated in the past century to become modernized. In total Gateway will create two tunnels, replace old bridges, expand Penn Station south, and add new platforms for more trains. This plan is estimated to cost $14 billion, $185 million have already been put aside.

Penn Station under this plan will be able to bring in Metro-North trains and commuters, giving Metro-North access to the west and the LIRR more operational space for the east. According to the report, “the new connection makes strong economic sense, linking New York’s suburbs north of the City, Connecticut, and the Bronx to Midtown West, and streamlining connections between Metro-North, LIRR, NJ Transit, and Amtrak.” The LIRR will also be able to go into Grand Central when the connection is created.

With this new Penn Station addition and extension more than one million cars are estimated to be taken off of the road, and eight million trips would be taken each year. This will become operational after the opening of Moynihan Station. This project will cost $1.2 billion, if the necessary funding is met this project will begin construction in 2015, with projected completion in 2021.

4. Complete the Penn Station Vision Study and Plan for its Implementation

At present, Amtrak, the MTA, and NJ Transit are working on this plan that will propose improvements that will take place after the completion of the Moynihan Station. Proposals have to be congruent with the Gateway Project’s plan to expand, with the goal to reduce overcrowding, and make overall travel easier.


The main challenge is cost, collaboration, and leadership. Government officials do need to collaborate on all levels, state, federal, and local. Also, due to the nature of how expensive these plans are funding appropriately while addressing the issues of ownership, cost, and shares have to be handled delicately. The NYBC “recommends that an intergovernmental working group be convened and tasked with establishing priorities to advance concrete work plans for these projects,” according to their report.

Infrastructure in New York City needs to be reconstructed, fixed, and modernized. Although, there are significant challenges it does not take away from the necessity for change. New York City is known for it’s forward movement, and yet has the highest commute times for passengers getting to and from work each day. With millions of people using trains or railroad systems in NYC an update is needed badly before another storm comes and wipes the whole system away.