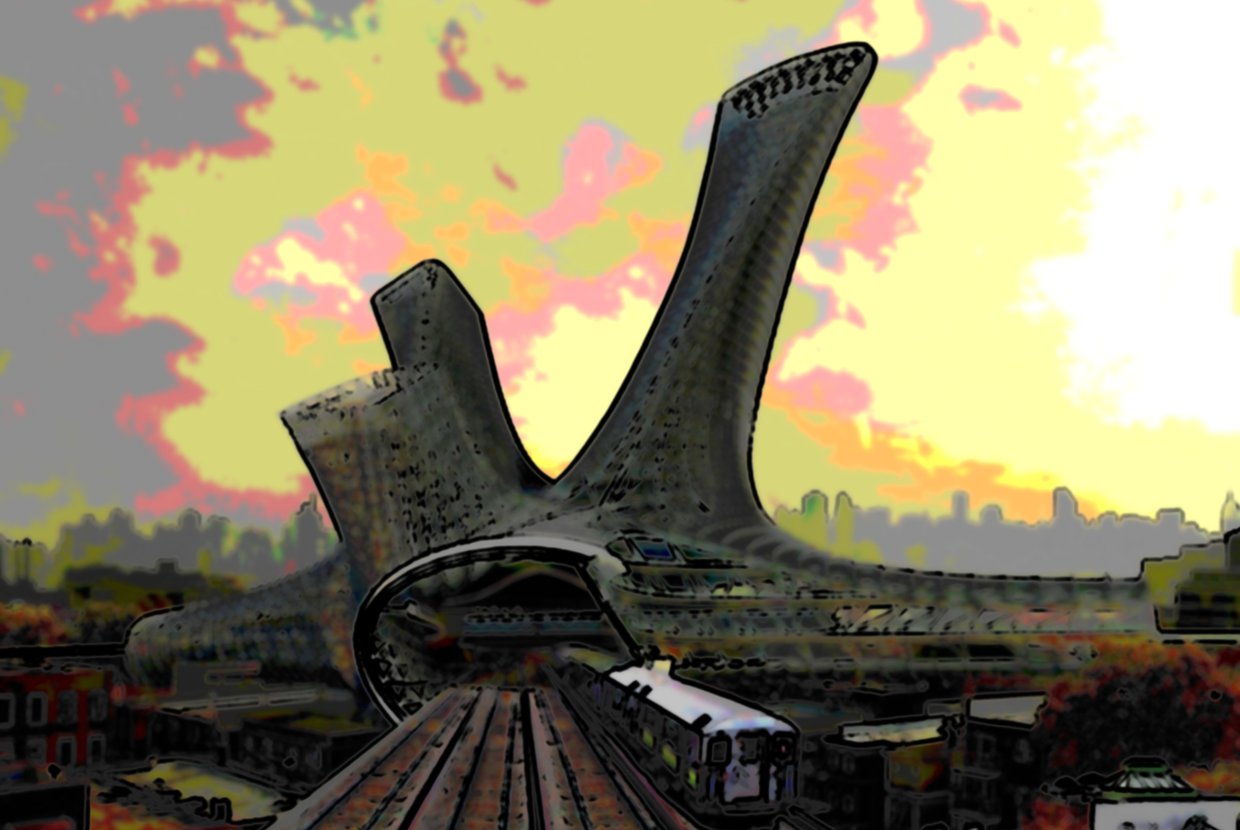 A futuristic transit hub has been designed for implementation in the borough of Queens. If the designs are approved and permitted the area of Woodside, Queens is in for a Jetsons-reminiscent new addition to its LIRR/7-train line intersection.

Designers Chad Kellogg and Matt Bowles came up with the innovative skyscraper titled the “Urban Alloy Towers.” Their proposal states that the towers are “anthropomorphic alloys that act as engines for innovation and social cohesion.”

This report also states the purpose of the towers: “Urban Alloy proposes a residential typology rooted in the remnant spaces surrounding the intersection of transportation infrastructure, such as elevated train lines and freeway interchanges. With the proposed design and specified materials, we aim to optimize a heterogeneous and highly linked set of living environments capturing the air rights above these systems.”

The remaining portions of the Kellogg Bowles design proposal are the skin and living concepts of the unusual design. According to the living concept, “Urban citizens want diverse living situations where they can work, play, eat, and rest within a pedestrian zone.”

Precisely what the “Urban Alloy Towers” will offer, with transit to the LIRR and the 7-line underneath and affordable housing, luxury housing, and retail spaces filling in the towers on the top of the structures. Added to the designs are sound-dampening tubes that would essentially keep the noise from the trains out of the apartment structures overhead.

The project has won several honors in design competitions, but is a far way from being constructed. The creation of the “Urban Alloy Towers” would bring more units of housing to Queens and would be the beginning of a greater project to update the outer boroughs to facilitate the overflow from Manhattan. Queens is also now considered the “new Brooklyn,” and with its new designation, more dense urban housing complexes will come into fruition, although, that depends largely on zoning standards.

Woodside, Queens is mostly made up of single-family units and the zoning structure doesn’t currently support a building the size of the “Urban Alloy Towers.” This may not always be the case, however, as zoning may be subject to change if the market continues to exemplify a need for denser urban housing. Kellogg and Bowles are thinking ahead of the times currently, and we should all keep watch of potential changes in the outer-boroughs in the upcoming years.