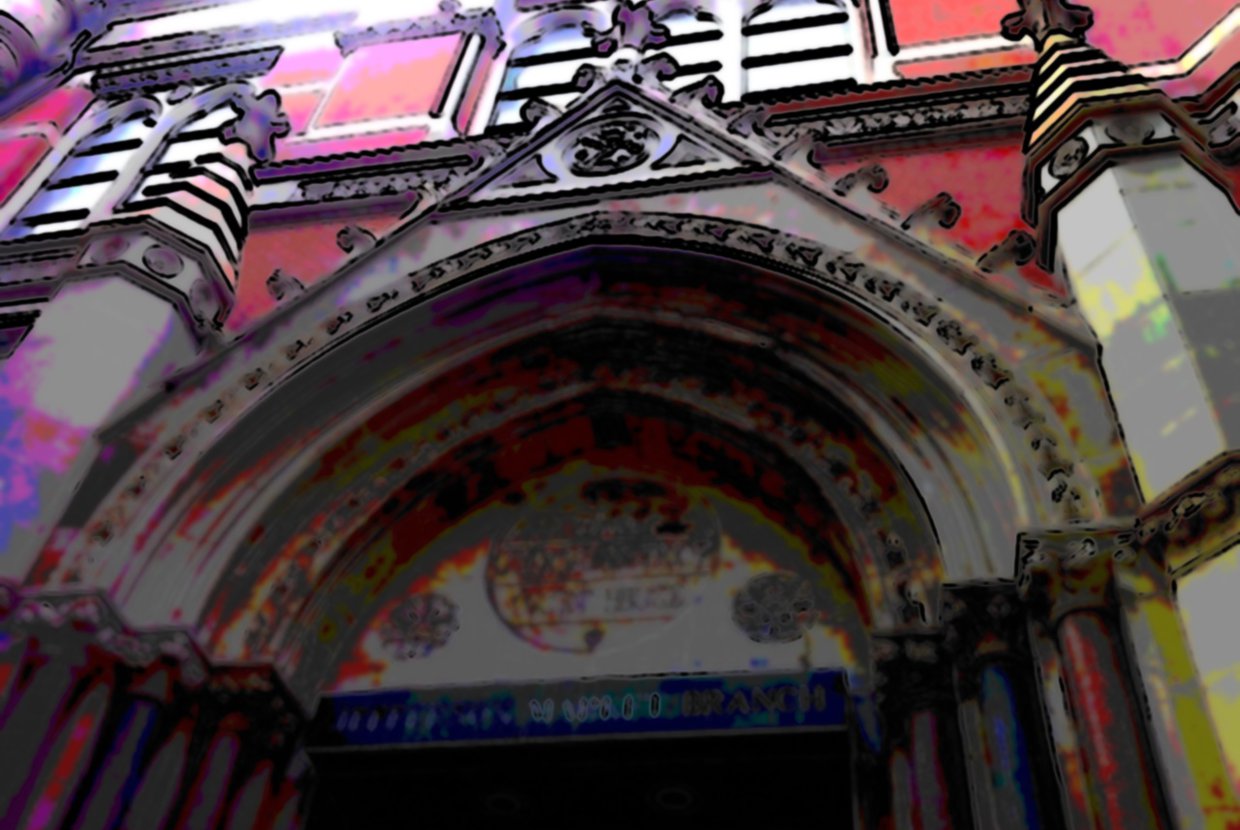 At Greenwich Village, the Jefferson Market Library stands as a striking, red-brick landmark with a clock tower and balcony. Designed in the 1870s by Frederick Clark Withers and Calvert Vaux, the Victorian Gothic building could even be mistaken for an old church. Through the years, the structure has also given rise to some creepy tales, as it was once a courthouse with an adjacent market and prison.

When the courthouse was built, it had cost $360,000 -- already a huge sum at the time. Back then, the site's basement was the holding area for prisoners who were about to be tried or convicted. Today, that part of the building is known as the reference room.

The second floor, meanwhile, had the civil court and police court, which are now the library's adult reading room and children's room, respectively. Around the building, there were offices and looming above everything else, a clock tower with a fire watcher's balcony and bell.

The Jefferson Market Library was also a setting for many controversies. One of the most well-known was Harry Thaw's trial for the murder of architect Stanford White in 1906. Thaw, a wealthy businessman and husband to model Evelyn Nesbit, learned that she and White were having an affair. Found guilty for shooting White, he was proclaimed insane and sent to an asylum until 1915. The case, which happened during the proliferation of tabloid journalism, was branded by the media as "the trial of the century."

By 1927, the courthouse was used only for the trials of women. In relation, the market and co-ed prison were demolished two years later to make way for the Women's House of Detention. By 1945, trials were no longer held in the Jefferson Market Library, and it was taken over by other agencies like the Police Academy, which eventually left the building empty in 1958. The following year, there were plans to tear it down and have a residential tower in its place. Yet community members like Margot Gayle, Philip Wittenberg, E.E. Cummings, Maurice Evans, and Lewis Mumford lobbied to save the building, so in 1961, then-mayor Robert Wagner said it would be kept up and remodeled into a public library.

After two years of construction, the library opened in 1967 and was valued at $1.38 million. Since then, the place has collected books and records for Greenwich Village and the rest of New York City. Today, magazines, DVDs, audio books, and exhibits on many topics are found in the building as well.

But books and records may not be the only ancient things in the library. Amidst the quiet corridors, otherworldly presences have been felt by visitors.

Walk up the tower's staircase, which looks like something from the Hogwarts castle, and you'll find colored glass windows, some of which with eerie designs to give you chills if you stare long enough at them.

Given the site's past, it's easy to imagine that it could house spirits of the wrongly convicted or victims who have yet to receive justice. Dark, shadowy figures---like that of a mysterious lady---have also been seen lurking around the fire watcher's balcony, which is closed all year to the public.

Whether or not you believe in ghosts, the Jefferson Market Library is worth seeing for its well-preserved architecture. Locals and tourists alike can also enjoy a roster of events like children's storytime, film screenings, and language workshops.