The biggest surprise occurring after stepping off the 2 train at Wall Street is how deceptively small the neighborhood feels. Cramped, full of itinerant smiles and a scary sort of billionaire confidence, shadowed under countless modern and gothic stories, of both scale and narrative. The bland stone and steel winding around monuments to the World Capital of capitalism didn’t feel particularly frightening--but somehow, the entire district felt like the prototype to another invisible civilization, one long since forgotten that happens to be experimenting with time travel. I cannot sufficiently justify this visceral sentiment, except to say that this neighborhood feels intended as a base-mix of architecture and autonomy, as if they were primordial forms to be brought down and planted, and that perhaps the near-equal width of roads to sidewalks only reaffirmed some basic injunction to push on, despite oneself, to squeeze capital out of reality, at any cost. The George Washington statue in front of Federal Hall, with his right palm extended and down, almost flat, all but whispering “here is where we tie ourselves down,” middle finger slightly below the rest, tacitly compressing the knot of a bow holding the present together. 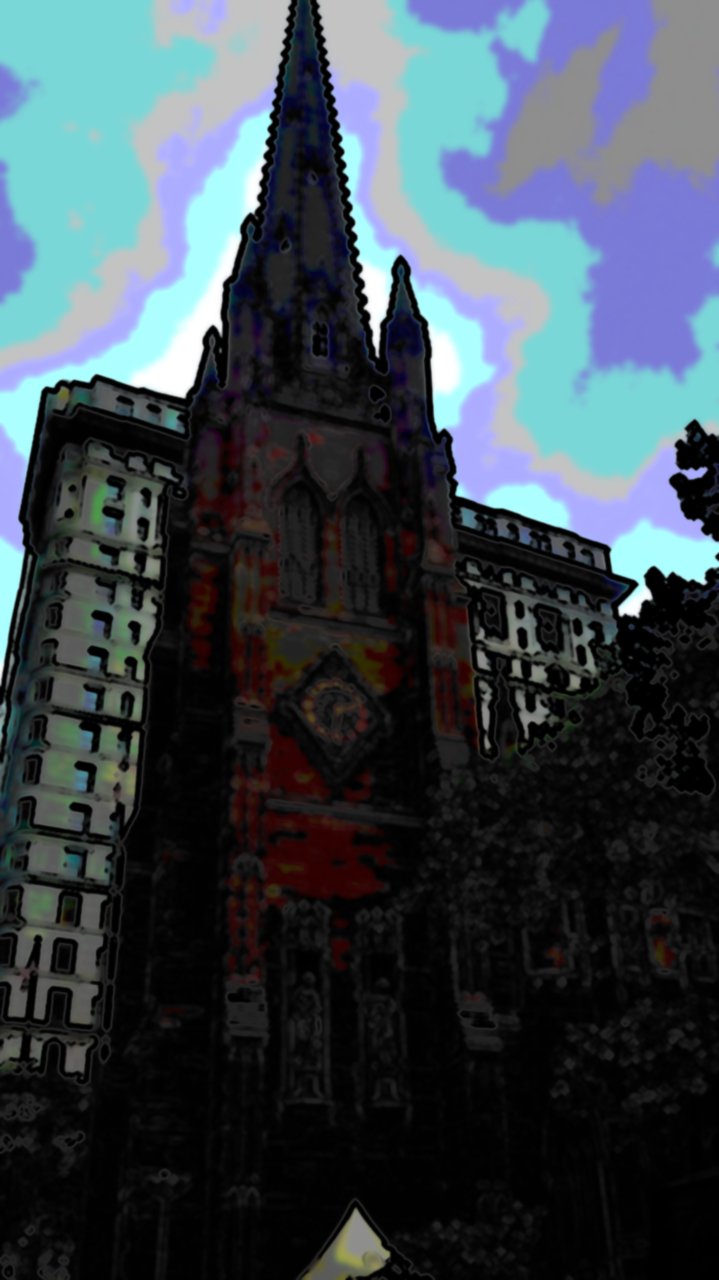 Then, there, in the center, sailing out of fog on Trinity Place is Trinity Church’s steeple. The bow to a vessel, a command from the seventeenth century, from a time when there was still a way to speak candidly of a soul’s eternal fate, and of self-renaissance without irony; unselfconsciously. To its front and left is a sprawling bronze sculpture in the likeness of a sycamore tree that was destroyed in 9/11. Its branches undulate purposefully; the manifestation of Washington’s middle finger’s bow for the present mentioned above. A cemetery as old as the church encircles the structure’s rear and sides, full of gravestones written in Olde English, where a cursive-f sans the horizontal line passes for an s. One of them, for Mr. William Bradford, breaks the fourth wall, enticing the reader to “reflect how ſoon you’ll quit this Stage.” On the NE side is a multi-level stone monument to Christian Narrative, which displays a vertical panorama; in ascending order, Adam, Eve and the Serpent, Judas Iscariot, and the crucifixion at top, signifying some innate human complicity. In the monument’s back side, by contrast, are carved the three wise-men, and the Virgin Mary at top. Perhaps something good is at work behind the uncanny, unknotting the stochastic apathy of the present from the position of what’s passed. I enter the church from behind to witness this greater metaphysical push. True enough, inside rests the tomb of a founding Bishop, and ornate iconography guides one through the long history of cultural production, dei ex machina to the Sanctuary. A litany of pamphlets and requests for donations greet visitors at the Sanctuary’s entrance, which itself is dim, blurry, ornate and agape--awaiting its next service, or apology for the present’s compression. 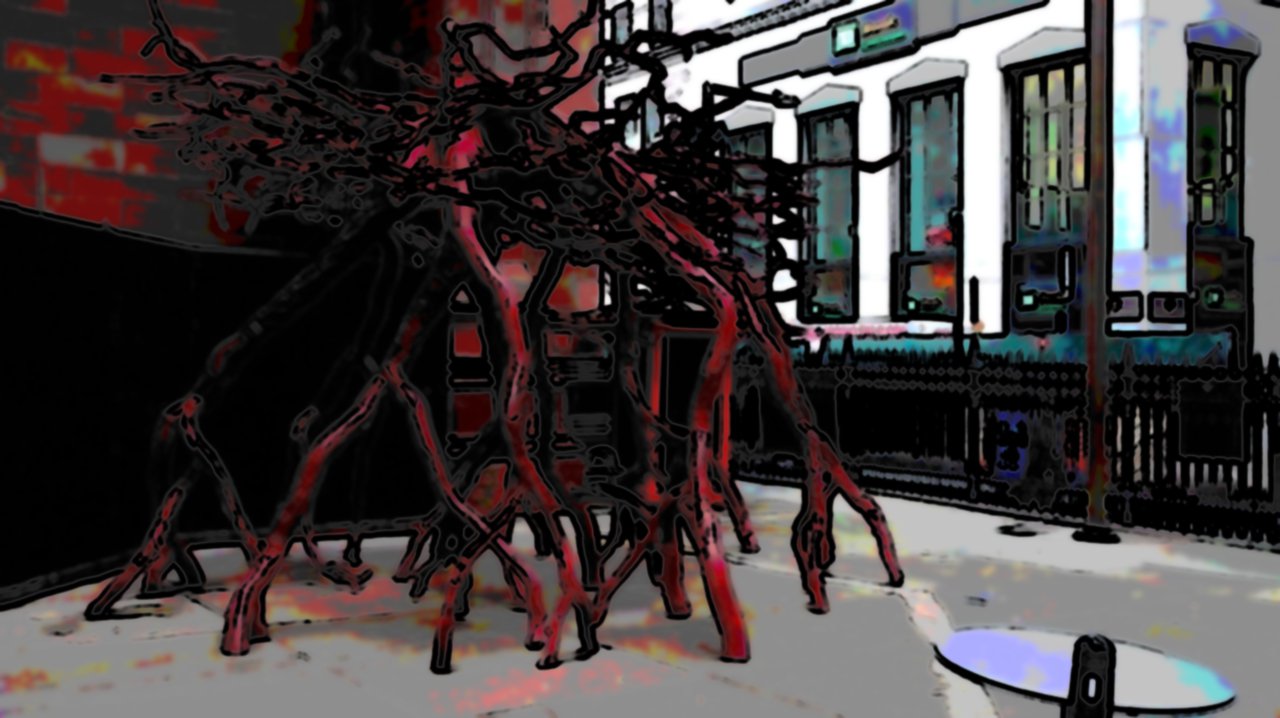