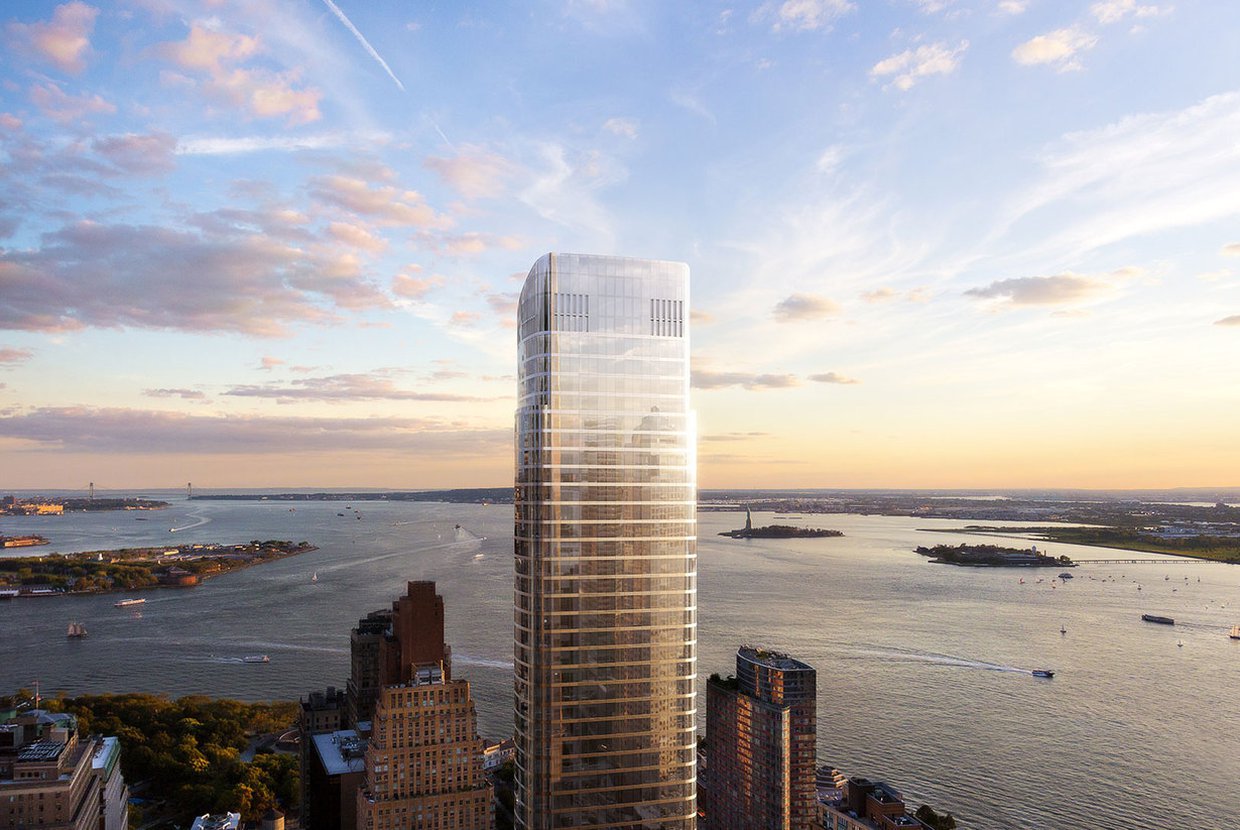 Helmut Jahn, designer of the 50 West Street condo building and Cityspire, estimates that construction will be complete around the middle of 2016. According to Curbed, the number of luxury apartments increased by 98.5% through 2014. For now, the demand for these high-end apartments is meeting the immense increase in supply, but “nobody really understands how deep the buyer pool runs,” Andrew Gerringer of Marketing Directors told the New York Times. Will there still be enough demand when 50 West Street is completed to fill each of its 191 apartments? Though prices for 50 West Street range from $1.615 million to $18.63 million, the sleek building makes a tempting offer with its stainless steel facade and transparent glass. Jahn explains that “as the building rises, it becomes more reflective. The idea is always that a building like this in a particular light merges with the sky.” Khashy Eyn, the founder of Platinum Properties seems confident about the success of 50 West Street. He told the New York Times, “Considering that condos have sold in the last few years for about $1,000 a square foot in the financial district, a new luxury doorman building like 50 West should be competitive… [The condos] will sell out fast.”

Rosemary Scanlon of NYU’s School of Professional Studies Schack Institute of Real Estate explained to the Times, “Real estate is always cyclical, and what it sounds like we are seeing now is the next stage in the cycle.” True, NYC is an ever evolving metropolis with constant construction. According to Helmut Jahn, the project began in 2006 but was temporarily halted by Francis Greenburger of Time Equities. During this break period, Jahn made several design changes influenced primarily by Hurricane Sandy as well as the apparent demand for luxury apartments. The lobby floor was raised by three feet and the backup generator is hidden away on the fourth floor so that power won’t be an issue during extended blackouts. “We made the floor-to-floor height bigger; we had bigger apartments; and we had to adjust the building with a new code,” said Jahn, ”Yes, it’s a luxury market.”

At 75 years old, Jahn has more upcoming plans for the evolution of architecture in NYC. “It’s not a very big building,” he told the Times, “but I think a very important building. It’s a residential building combined with some other.” In the past, Jahn designed a series of international skyscrapers, including Two Liberty Place in Philadelphia and several Hyatt hotels; the steel-and-glass arched roofs of the United Airlines Terminal at O-Hare International Airport, the Munich Airport Center and the SONY Center in Berlin. Based on these, we can expect his upcoming project to be quite an extravagant building.