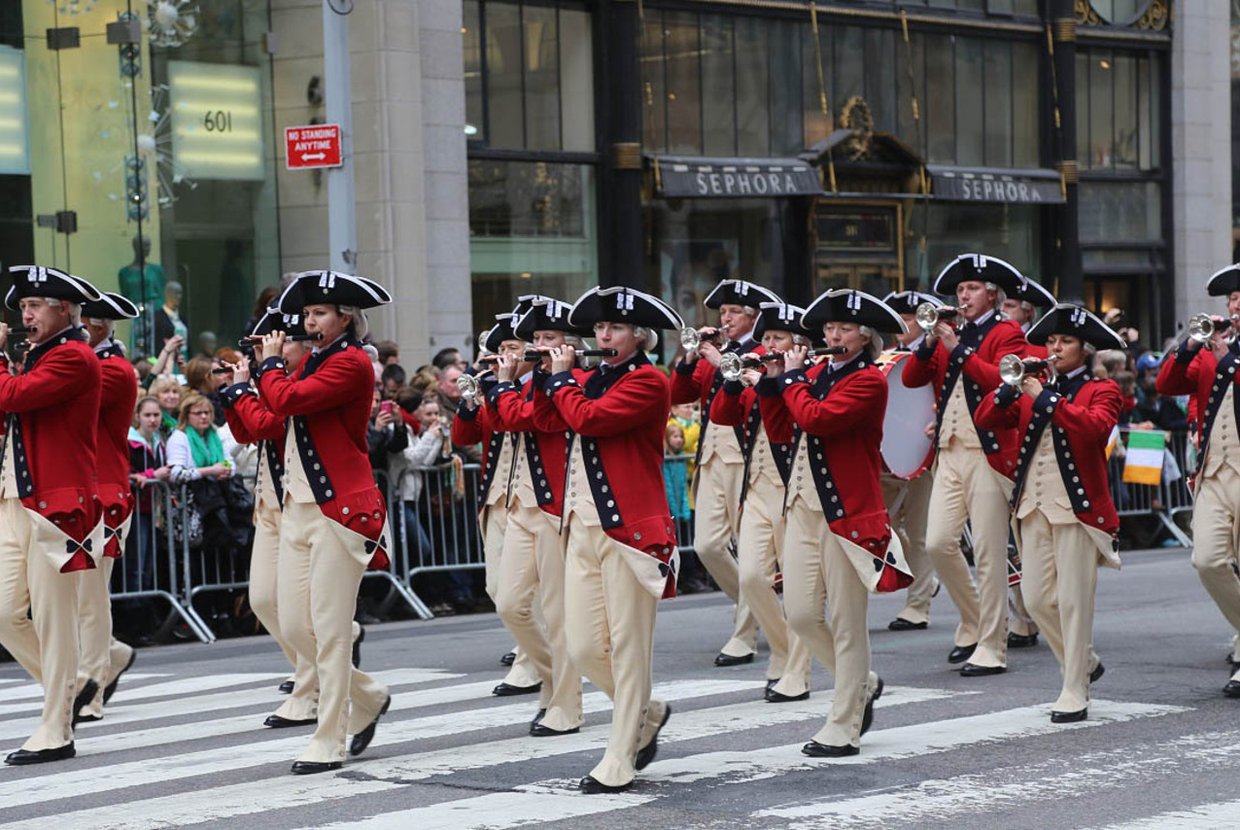 This week marked one of New York City’s seminal cultural events, The St. Patrick’s Day Parade. St. Patrick’s Day is a festive and often raucous bacchanal, but its namesake parade is deeply rooted in history and culture. Let’s throw back to the early days of the procession that draws green-garbed, Guinness-guzzling tourists and locals in hoards.

Though its date of origin is somewhat contested, The St. Patrick’s Day Parade, named for the patron saint of Ireland, has been a rich part of the city’s history since the Revolutionary War. The first St. Patrick's Day parade is commonly believed to have taken place in 1762 by a group of homesick Irish soldiers serving in the British Army, when a group of them showed comradery for their country by marching together down lower Broadway. Many records show the first St. Paddy’s Day celebration actually took place several years before the parade’s inception, at the Crown and Thistle Tavern near Wall Street.

The parade that started in the now Financial District remained in Lower Manhattan for more than a century. It took a rather unusual and meandering route that was difficult to follow even without imbibing! It wandered from the Bowery to East Broadway and City Hall, to Grand Street, up Second Avenue and eventually to Prince Street, home of the original St. Patrick’s Cathedral, which still stands in present day Nolita. When the magnificent, new English Gothic St. Patrick’s Cathedral was built on East 50th Street and Fifth Avenue in 1879, the parade followed, and has remained uptown ever since.

The parade, and the festivities surrounding them, grew exponentially in the 1840s and 50s during the influx of Irish Catholic immigrants to NYC, which was largely due to Ireland’s potato famine and religious persecution by the British. The parade developed into a politically fueled event of newly Irish Catholics and the Protestants that had emigrated to the city prior to this time. By the late 19th century, the parade had become a thing of controversy, with many non-Irish feeling it was aggressively anti-British.

The St. Patrick’s Day Parade of today is more party than politics, with roughly 2 million people gathering up and down Fifth Avenue to watch bands, dancers and bagpipers perform and celebrate Irish music, dance and culture, though there have been somber moments. On St. Patrick’s Day 2002, the parade honored the fire, police, rescue workers of 9/11, and with the entire crowd turning south to face the site of the Twin Towers, paused for two minutes of silence for the victims.