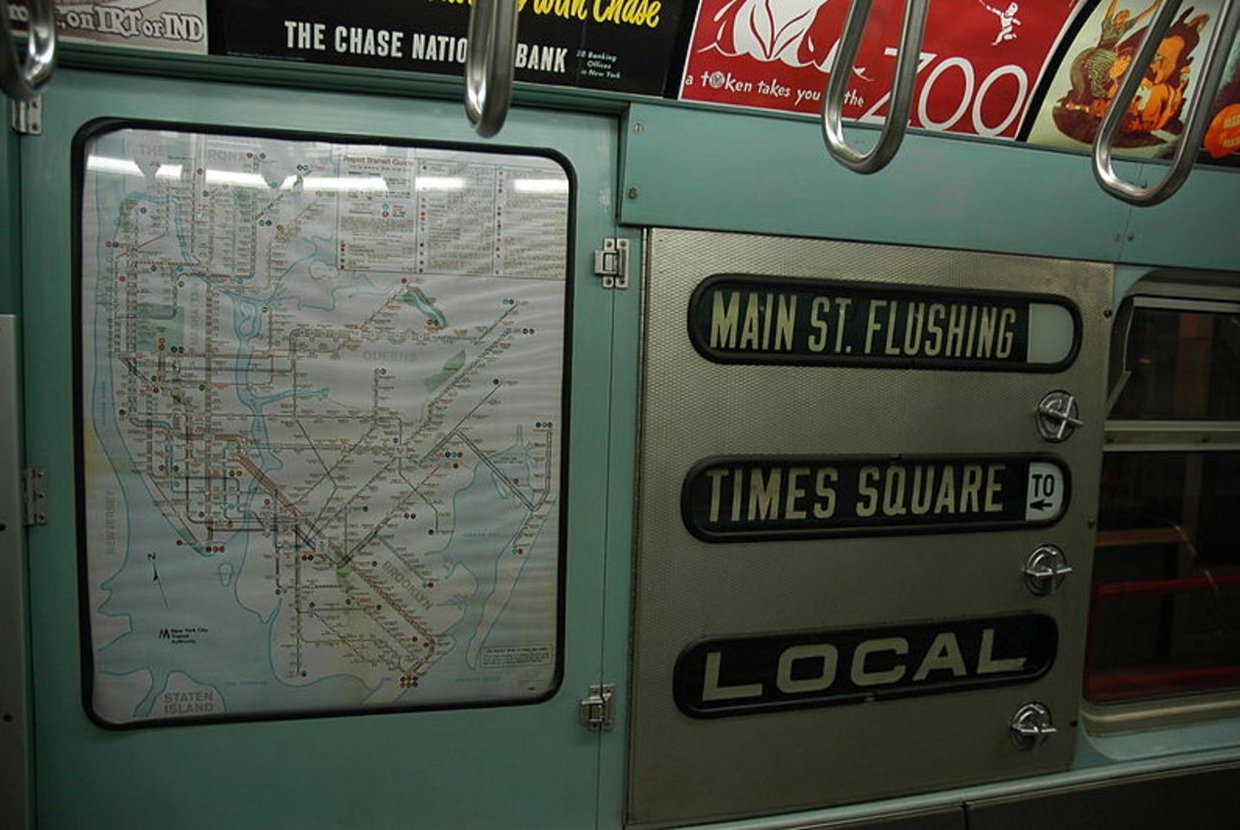 The L train is out of commission for seemingly countless weekends. The 7 is maddeningly fickle. Last month’s fare hike felt like a cruel joke after our winter of transportation discontent. We even wrote break-up letters to the subway lines that had cruelly mistreated us.

NYC’s subway system is the urban lifeline we love to hate, a staggering 6 million of us in fact, but it’s also deeply embedded in the city’s history and even has some underground secrets.

It’s been 101 years since NYC Mayor George McClellan took the wheel for the inaugural run of the feverishly anticipated transit system. The subway had long been thought of as an impossibility, so its opening was a dream come true for New Yorkers. The cost per ride was a nickel and the first line was known as the IRT (Interborough Rapid Transit), which ran from City Hall to Grand Central Terminal and then west along 42nd Street to Times Square before heading north to Harlem. By 1915, service had expanded to Brooklyn, the Bronx and Queens.

The architecture of the original subway stations is still on display in many of the beautiful mosaic tiling that adorn the station walls, but you can actually tour the original City Hall station, which is a veritable time capsule buried underground. Vaulted arches, Roman brick, original Guastavino tiling, brass chandeliers, and ornate glass skylights decorate the station. The beautiful design wasn’t a fluke; New York used to have an architectural movement known as City Beautiful, which posited that beautiful architecture would promote a better civic society.

On the other side of the spectrum is the decommissioned and totally dilapidated Worth Street station between the Canal Street and Brooklyn Bridge stops. It’s covered in graffiti now, but you can still glimpse the terra cotta “W”s on a slow traveling 6 train, and let’s be honest, when isn’t it?

When you think of subway symbols, the iconic token probably comes to mind, even if you never used one. In 1953, the fare increased from ten to fifteen cents. Turnstyles had accommodated nickels and dimes, but since there was no single coin option for fifteen cents, the token was born. It was introduced with “New York City Transit Authority” stamped on one side and “Good For One Fare” on the other. In the middle was NYC with a die cut Y, making for a very unique design piece. A stamped Y took its place in the 1980 version, and in the late 80s the design changed to a “Bullseye” edition, which marked the fare hike to one dollar. The MetroCard was introduced in 1994, but the hearty little token persevered until 2003.

If you’re having nostalgia about this throwback relic, the vintage tokens are available at the MTA Transit Museum Store in Grand Central.

Speaking of nostalgia, there’s an actual Nostalgia Train made up of a collection of pristinely preserved vintage cars from the 1930s through the 70s. It runs Sundays in December on the M line, and whenever there’s a Subway Series.

Did you know there used to be an AA train?

Back in the day, double letter trains (LL, CC, RR to name a few) were the local version of its singular lettered counterpart on the IND (Independent Subway System), one of the subway systems that, along with the IRT (Interborough Rapid Transit) and BMT (Brooklyn-Manhattan Transit), merged to form the MTA. The double AA ran on the A/C/E track to “Hudson Terminal”, which was renamed “World Trade Center” when the Twin Towers were built.

Ever notice there’s no X or Y train?

The Y was actually rejected because it sounds like the word, as in “Why would you take this train?” The X line, on the other hand, may come to pass. It’s part of a proposal from the Regional Plan Association to tackle the problem of outer borough ridership and accessibility, and would run 24 miles from Co-Op city in the Bronx to Jackson Heights, Queens to Bay Ridge, Brooklyn.