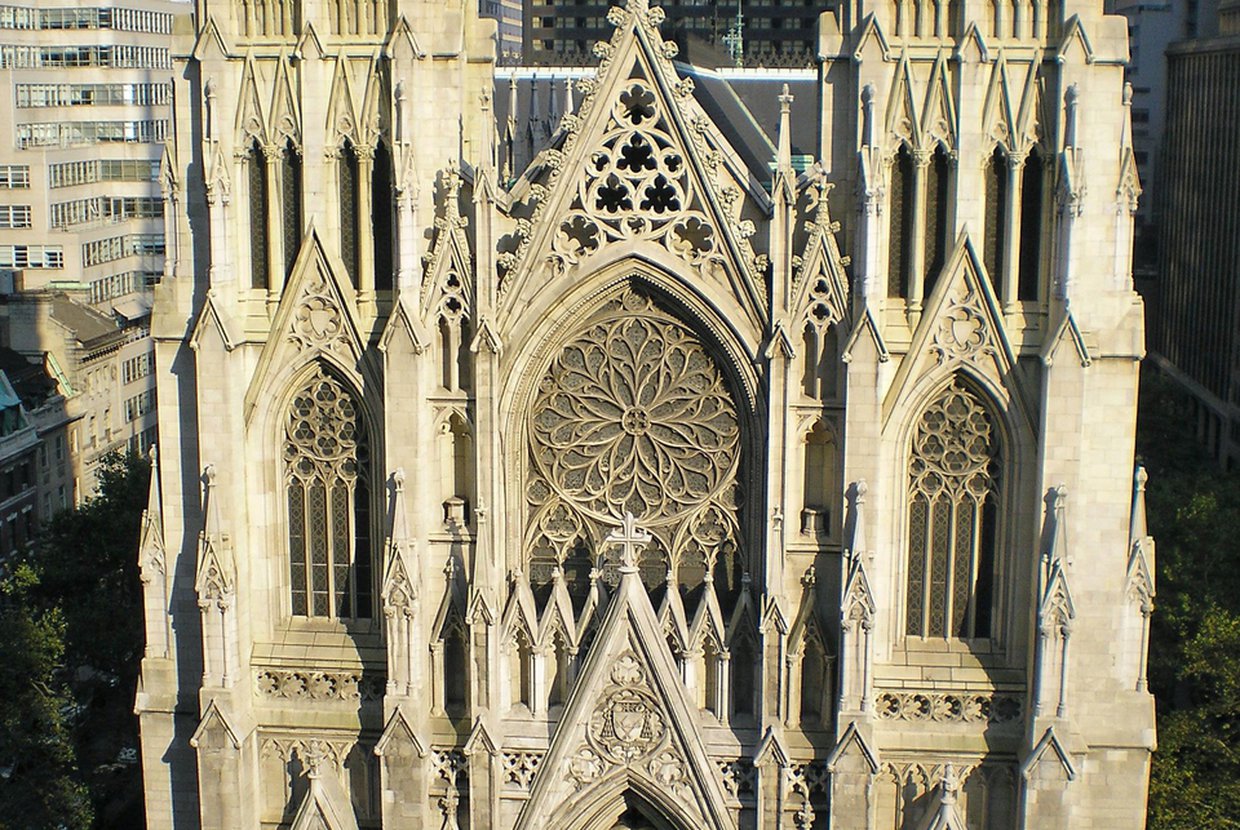 St. Patrick’s Cathedral is hoping to change the rules regarding air right transfers from landmarked buildings, reports the Wall Street Journal. Current rules only allow landmarked buildings to sell their airspace rights to developers who are on or across the street. Surrounded by tall office buildings, including those at Rockefeller Center, St. Patrick’s Cathedral has few opportunities to sell airspace. The Cathedral isn’t the only “stranded landmark;” Central Synagogue and St. Bartholomew’s Episcopal Church also have unused air rights. “As much flexibility as possible is needed to give these stranded landmarks the opportunity to sell some of their development rights,” said David Brown, the archdiocese’s director of real estate, at a conference. The cathedral has about 1.17 million square feet of available development rights. If you can’t wrap your head around that much space, it’s about the size of the Chrysler Building...on top of the cathedral.

Let us know what you think about landmarks selling their air rights in the comment section below!