New York has a rich and storied architectural history, with Beaux Arts, Romanesque Revival, Art Deco and French Renaissance among the important styles represented in its ever-evolving skyline. Many of these iconic structures were built for public use as banks, warehouses or private mansions and over the years have undergone conversions into luxury residential condos. In order to keep their unique architectural and historic integrity, the NYC Landmarks Preservation Commission (LPC) was designed in 1965 following the demolition of the historic and aesthetically stunning Beaux Arts Pennsylvania Station to make way for Madison Square Garden. The LPC is responsible for the preservation of these iconic, architecturally significant and flat out beautiful buildings. 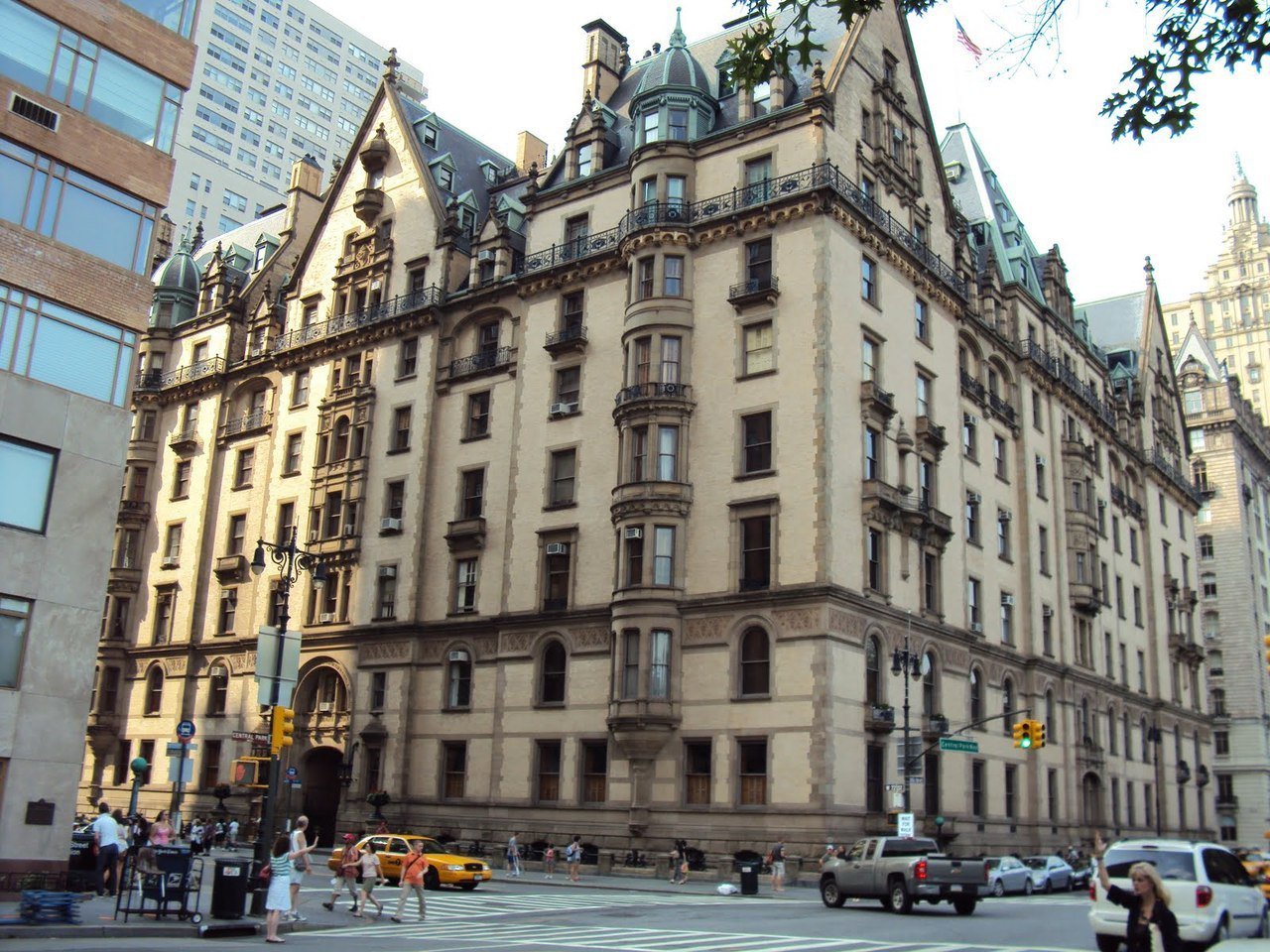 The Dakota- Often called New York’s most exclusive building, this iconic English Victorian and Renaissance co-op building at 1 West 72nd Street is world renowned. When it was built by architect Henry Hardenbergh (who also designed the Plaza Hotel) in the early 1880s, the Upper West Side was so sparsely inhabited that it was reminiscent of the Dakota Territories, hence the moniker. Ironically it was the building’s popularity that spurred UWS growth. Of course, now the name immediately evokes John Lennon, who was famously murdered across the street from his home on December 8, 1980. It was also the site of Roman Polanski’s cult-classic film Rosemary’s Baby. Over the years it has enjoyed a long roster of celebrity residents. Besides John Lennon and Yoko Ono, Lauren Bacall, Judy Garland and Leonard Bernstein are among those who call The Dakota home.

The building itself is stunningly ornate, with elaborate gothic elements, Beaux Arts design and German Renaissance gables and balustrades. Many of the residences still have their original 19th century details. Exceptional crown molding, soaring ceilings, intricate wood paneling and regal fireplaces are often visible through expansive windows at street level to walking those nearby in Central Park. Likewise, residents enjoy unparalleled views of the neighboring park. The residences of course offer top-of-the-line appliances from Sub-Zero, Miele, and Wolf. The amenities of this palatial co-op include a central courtyard and garden, full-time doorman and private driveway. 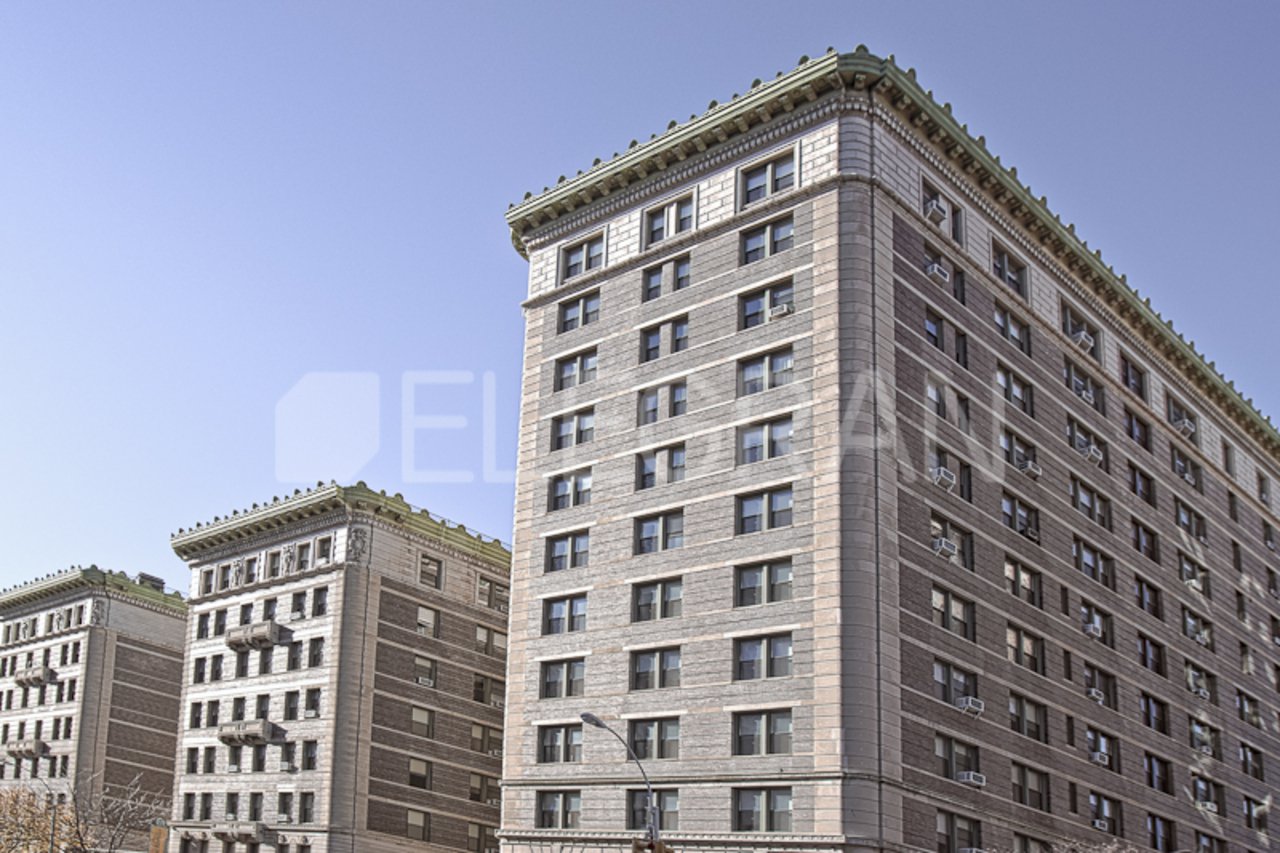 The Astor Apartments- Built by William Waldorf Astor in 1901, 235 West 75th Street is an elegant pre-war in the heart of the Upper West Side. Its lavishly stunning marble lobby features a grand staircase, regal pillars, and striking marble fireplace, and has been completely renovated to showcase its ornate architecture and classic design elements while offering every modern convenience.

The Astor Apartments is a prominent part of the UWS landscape and offers easy access to some of the city’s most notable attractions, culinary destinations and cultural institutions. Central Park, The Beacon Theater, Lincoln Center, Columbus Circle and the Museum of Natural History are all nearby, as well as Zabar’s, Fairway, and world-class dining. The Archive- Built in 1899, The Archive at 666 Greenwich Street in the West Village is a stunning Romanesque Revival that once housed the U.S. Appraiser’s Warehouse. It was converted in luxury loft duplexes in 1988 and is listed on the National Register of Historic Buildings. Its striking red brick facade with vaulted windows dominate the corner of Greenwich and Christopher Street one block from the Hudson River waterfront.

The loft-like residences offer double height ceilings, oversized windows and blonde wood railways and staircases. Expansive outdoor space and a wraparound rooftop deck offering sweeping panoramic skyline and river views. Building amenities include laundry on each floor, an on-site Crunch fitness center, garage, grocer, courtyard, valet and 24-hour doorman. The Archive is a unique structure among the West Village brownstones and carriage houses and has been part of the neighborhood’s charm and beauty for more than a century. The Downtown Club- Home of the Heisman Trophy for more than 70 years, The Downtown Club at 20 West Street is a gorgeous art deco skyscraper that was converted from a classic athletic club to luxury condos in 2005. Located in Battery Park City, it is one of the Financial District’s most architecturally stunning high-rises.