#TBT: The Tale of Tribeca 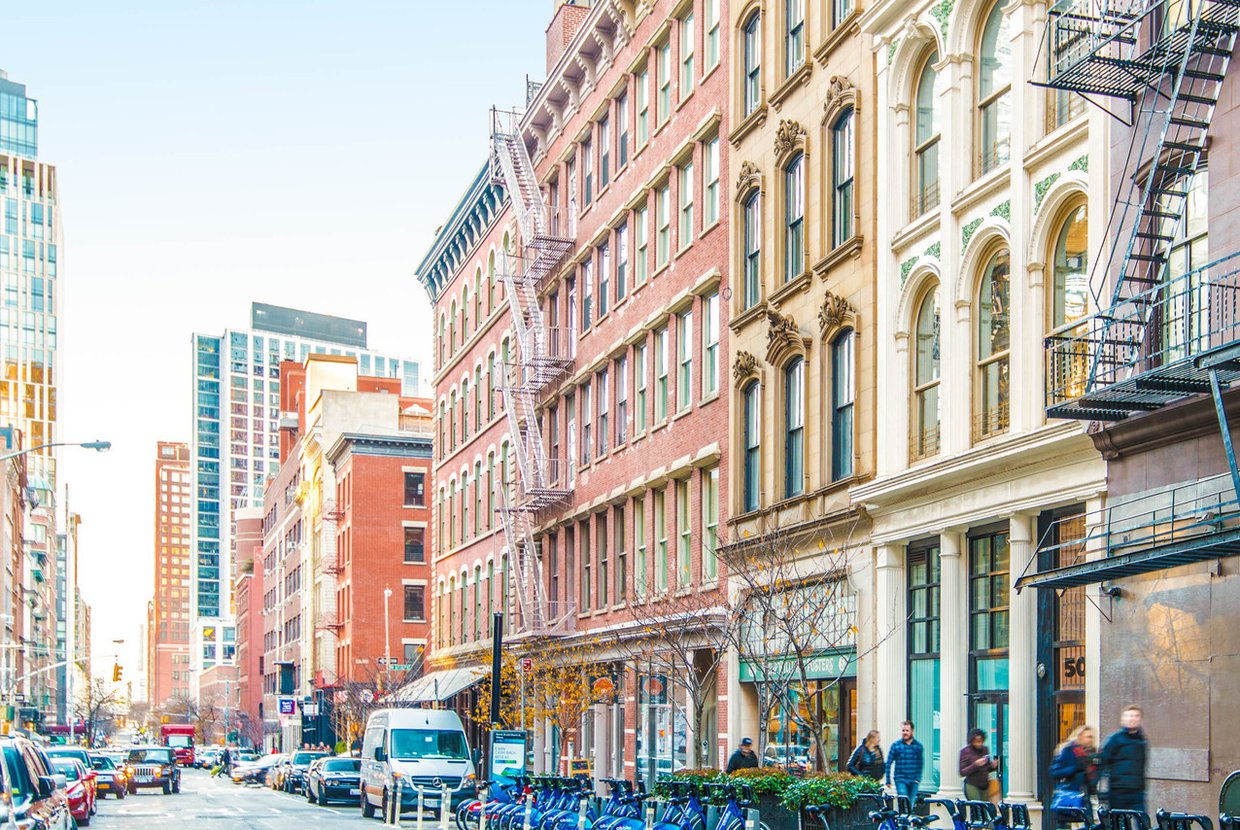 This Saturday is Taste of Tribeca, the neighborhood’s annual culinary festival that benefits arts and education and features food from Tribeca restaurants. It’s the third decade of the festival, but the history of this neighborhood, whose name is a portmanteau derived from ‘Triangle Below Canal Street’, goes all the way back to colonial days.

Developed in the late 18th century, Tribeca was among the first residential neighborhoods in New York, and many of its first streets, including Lispenard Street, were organized around the farm of Anthony Lispenard, a prominent banker and merchant.

By the mid-19th century, Tribeca had become a thriving commercial mecca, with stores and lofts opening in cast-iron structures along cobblestone streets. The city’s first food market, named Washington Market, opened in Tribeca in the mid-1800s. That industrial base flourished until the early 20th century when a decrease in factories led to an abandonment of these warehouses and lofts.

In the 70s, artists living in Soho began trickling south to the spacious, inexpensive (heartbreaking, we know) loft spaces, bringing an arts scene to the largely overlooked neighborhood. A group of these artists living on Lispenard Street formed the Triangle Below Canal Block Association, or TriBeCa, to advocate for an area south of Canal Street and between Broadway and Church Street. However, a New York Times reporter misreported that the name was intended for the entire neighborhood and after the Times began referring to it as Tribeca, the name stuck.

By the 80s, developers were clued into Tribeca’s potential as a highly desirable residential neighborhood due to the beauty of its cobblestone streets and cast-iron architecture, and today it’s arguably the most fashionable, and expensive, neighborhood in the city. It’s certainly the most star-studded; the roster of celebrities who call Tribeca home is staggeringly long and includes Jon Stewart, Scarlett Johansson and Beyonce, to name but a few. Late rock legend Lou Reed used to live in the neighborhood, as did JFK Jr and Carolyn Bessette Kennedy before their tragic deaths.

The celebrity most synonymous with Tribeca is of course Robert DeNiro, who founded the Tribeca Film Festival in 2002, reportedly to spearhead renewed growth and vitality in the neighborhood after 9/11. Since then, the annual spring event has redefined the film festival experience, both for the viewing public and the international film industry.

DeNiro’s influence on Tribeca isn’t confined to film. He opened the now world famous Nobu and Nobu Next Door, the Japanese restaurants showcasing chef Nobu Matsuhisa’s high-end modern take on sushi and making it the trendiest food of the next decade.

If sushi was among the trendiest food of the late 90s-late 00s, Tribeca was certainly the buzzworthy dining destination. One time lone-stars Tribeca Grill and The Odeon, which we gave a nod to in last week’s Street of the Week, were joined by Bouley, the namesake upscale restaurant by French celebrity chef David Bouley, along with the likes of Locanda Verde, Blaue Gans, Bubby’s and The Harrison.

From Michelin starred restaurants to art galleries and boutiques nestled in the iconic cast-iron buildings, Tribeca has kept true to its creative roots. Those inexpensive lofts on the other hand? With its 10013 zip code amongst the most expensive in the city and a $65 million megamansion on Franklin Street on the market, those days are history.