Approval finally came for One Vanderbilt, the 63-story office skyscraper that will also help to improve the overcrowded subway station at neighboring Grand Central.

One Vanderbilt’s developer, SL Green Realty, got the go-ahead from The New York City Council in exchange for $220 million in much needed upgrades for the MTA. Part of the deal stipulates that SL Green build new subway entrances, a street level pedestrian plaza, and other upgrades to Grand Central. For the Council’s part, they agreed to approve the necessary rezoning to allow One Vanderbilt to move forward. The rezoning will allow taller buildings to be constructed on the avenue’s five blocks. Construction on the 1,500 square-foot-tall structure is slated to start soon on the corner of Vanderbilt and 42nd Street.

These are some very big development plans for a very small strip of land, and our Street of the Week, Vanderbilt Avenue.

Vanderbilt Avenue runs five tiny blocks, from 42nd and 47th Streets between Park And Madison Avenues. It was named after Cornelius Vanderbilt, the 19th century railroad magnate and philanthropist who built Grand Central Terminal and all the railroad lines that utilize it. With minimal street traffic save for the fleet of limos that idle outside The Yale Club, its present day atmosphere still reflects its Gilded Age history. 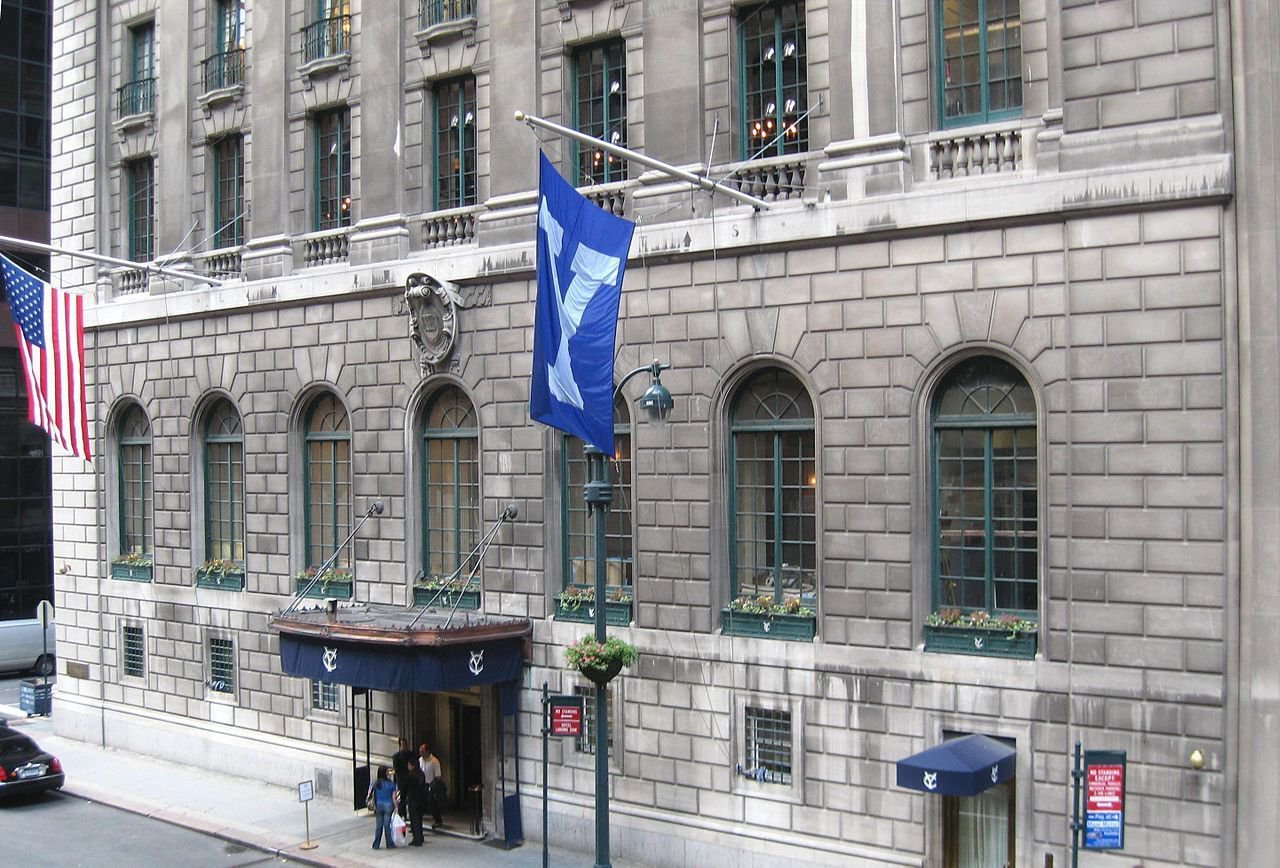 The Yale Club- This year marks the centennial anniversary of The Yale Club’s residence on Vanderbilt Avenue, and this neoclassic clubhouse is steeped in tradition and elegance. It was designed by architect and Yale alum James Gamble Rogers and was built on the corner where another early Yale alum, Nathan Hale, was allegedly hung for espionage during the American Revolution. During Prohibition, it had enough liquor stocked up to maintain itself until the repeal in 1933.

The Yale Club has remained largely unchanged in its traditions until very recently. Women famously were denied access until 1969, and the swimming pool resisted becoming co-ed until 1987. Sartorially, they were slightly more progressive. They were the first of New York’s Ivy League clubs to allow a business casual dress code, though not until 1999, and not without some disapproving glances from members and the other Ivy League clubhouses.

Membership to The Yale Club requires one be an alumni, faculty or full-time graduate student of the institution. Members have historically included powerful figures of American history, among them former presidents Gerald Ford, George H.W. Bush, his son George W., and Bill Clinton.

The club also shows up in important works of American literature. Nick Carraway, narrator in The Great Gatsby, frequently dined at The Yale Club. In American Psycho, a whole chapter is named for it, and it’s at The Yale Club that anti-hero Patrick Bateman receives some pivotal news for the plot line. 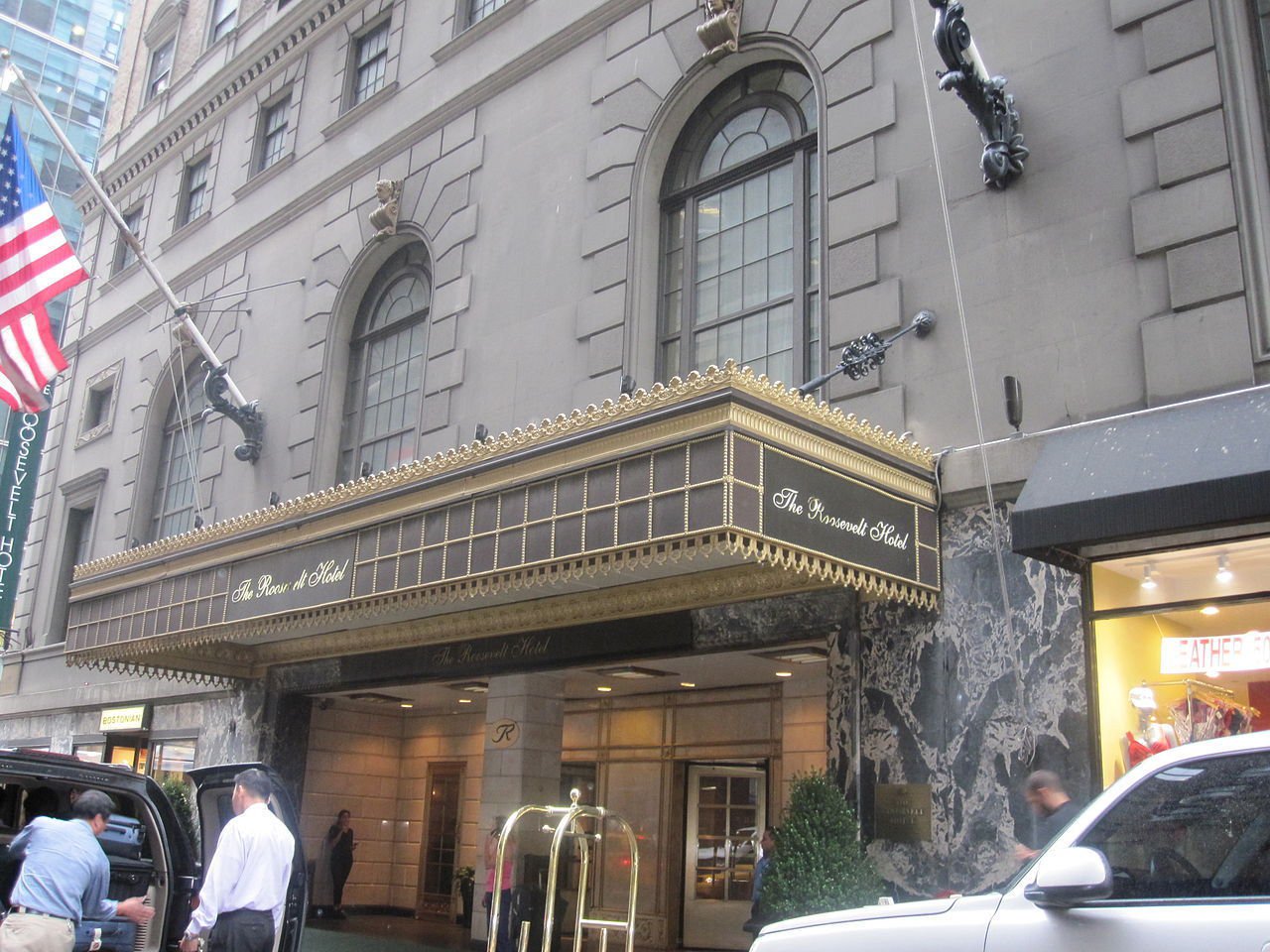 The Roosevelt Hotel- A stunning example of Art Deco architecture and a throwback to the Roaring Twenties, The Roosevelt Hotel is located on 45th Street just off Vanderbilt. Named after President Theodore Roosevelt, the hotel has been at the pinnacle of Manhattan’s high society since its doors opened in 1924. It was once linked to Grand Central by an underground passage.

Fans of Mad Men will recall Don Draper moved into The Roosevelt Hotel in Season 2 when his marriage to Betty is falling apart. 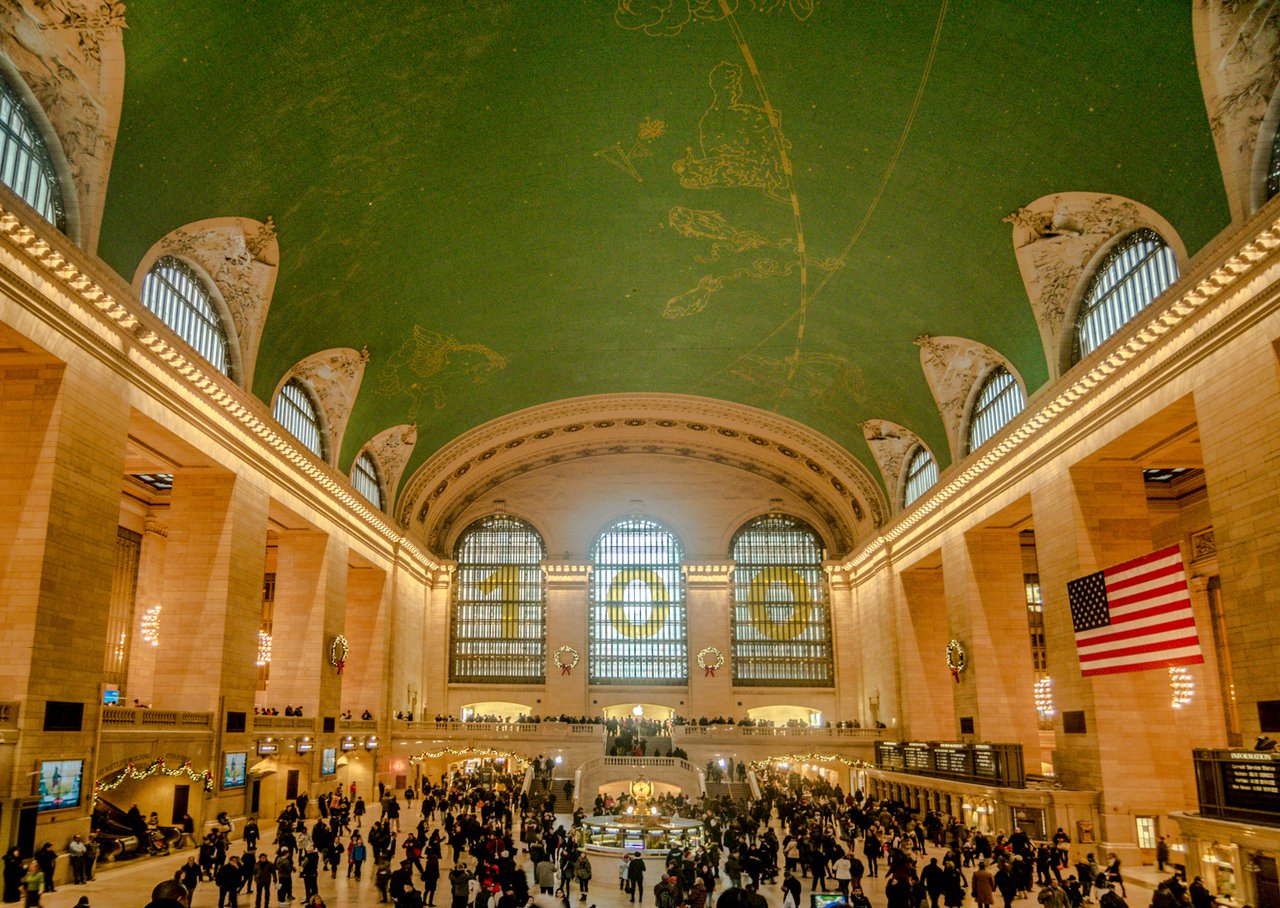 Grand Central Terminal- As we mentioned, railroad tycoon Cornelius Vanderbilt built the original Grand Central Depot in 1871 at the height of the Gilded Age. Its exquisite Beaux-Arts exterior boasts a clock with the world’s largest setting of Tiffany glass, with sculptures of classical mythology surrounding it. The cavernous, vaulted interior is breathtaking, with the Main Concourse as its centerpiece. To really appreciate the stunning beauty, one needs to stop rushing through it and simply look up. The elaborate astronomical ceiling was designed in 1912 by French artist Paul César Helleu. At the center of the concourse, atop the information booth, is one of the world’s most iconic and instantly recognizable pieces of design in the world: the gleaming brass and quartz, four-sided clock. It’s one of the most storied meeting places for real life and fictional reunions, and we all have our favorite “Meet me at the clock” stories from film and literature.

Hidden away inside Grand Central is a jewel box of a clubhouse: The Campbell Apartment. This gorgeous, elegantly restored cocktail lounge was once the private office of 1920s tycoon John W. Campbell, who had the space transformed into a 13th-century Florentine palace. This romantic room offers convivial cocktails and vintage Jazz Age ambience.