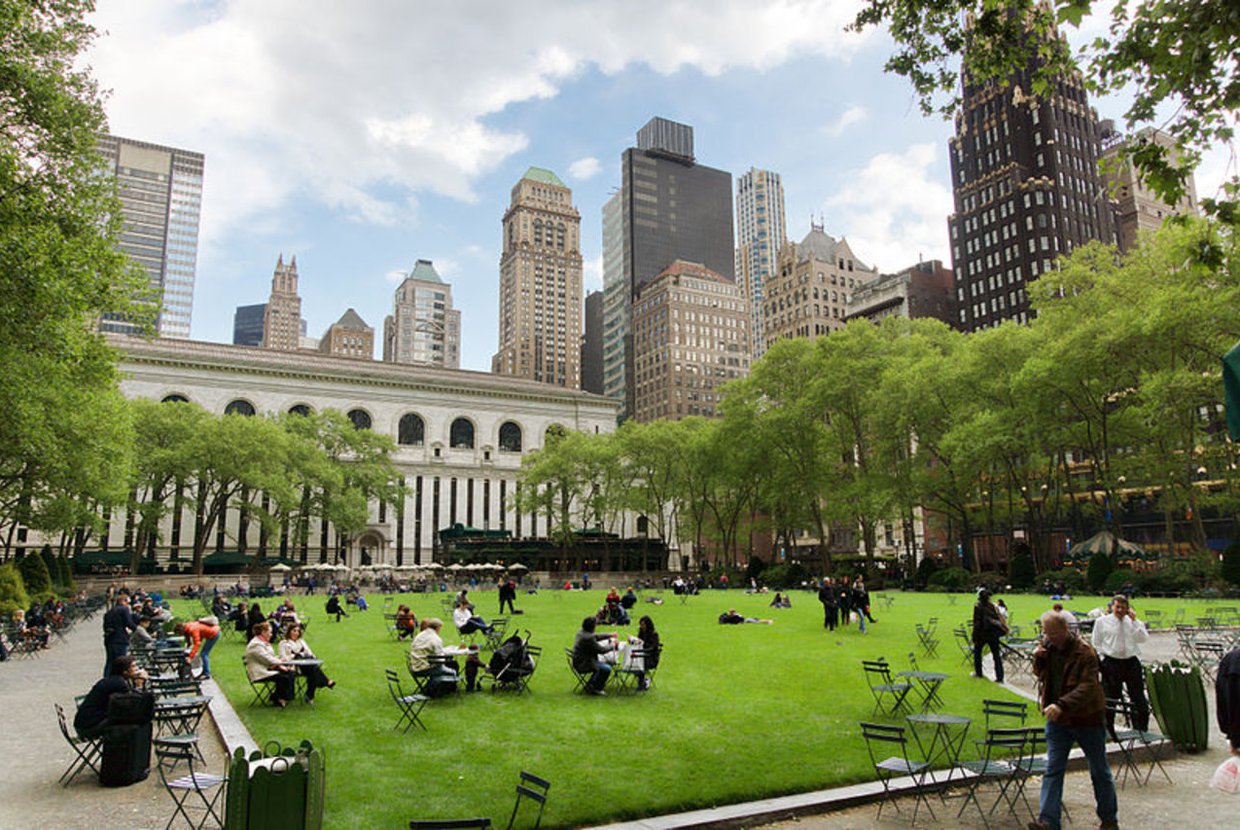 Among the 45-plus new residential projects whose sales are slated for this fall is The Bryant, located at 16 West 40th Street. The condo development is the first residential venture for architect David Chipperfield, and will house 57 condos on the upper 17 floors, while the lower levels will be reserved for a hotel. The residences will run from one-to-four bedrooms, with two duplex penthouses.

The building’s namesake is of course Bryant Park, the charming and tranquil urban oasis that divides Fifth and Sixth Avenue at 42nd Street. It wasn’t always a gathering place for Midtown office workers to enjoy their Chipotle al fresco or for tourists to meander the New York Public Library, however.

Bryant Park’s history began when it was designated public land in 1686 by Colonial Governor of New York Thomas Dongan. It was routed by the British during the Battle of Long Island, and during the Revolutionary War, General Washington’s troops marched across the park. It was turned into a potter's field in 1823, after the land became a jurisdiction of the City of New York.

In the mid-1800s, the swath of greenery was named Reservoir Square for the Croton Reservoir that was constructed adjacent to it in 1842. Nine years later, the first American World Exposition was held in a huge glass construction called the Crystal Palace, which was intended to be a permanent structure in the park, but was destroyed by fire soon after.

It was renamed Bryant Park in 1884 after William Cullen Bryant, a poet and lawyer who was highly influential in the abolition of slavery and a driving force behind Central Park’s creation. A statue of Bryant was erected in 1911 overlooking the park. 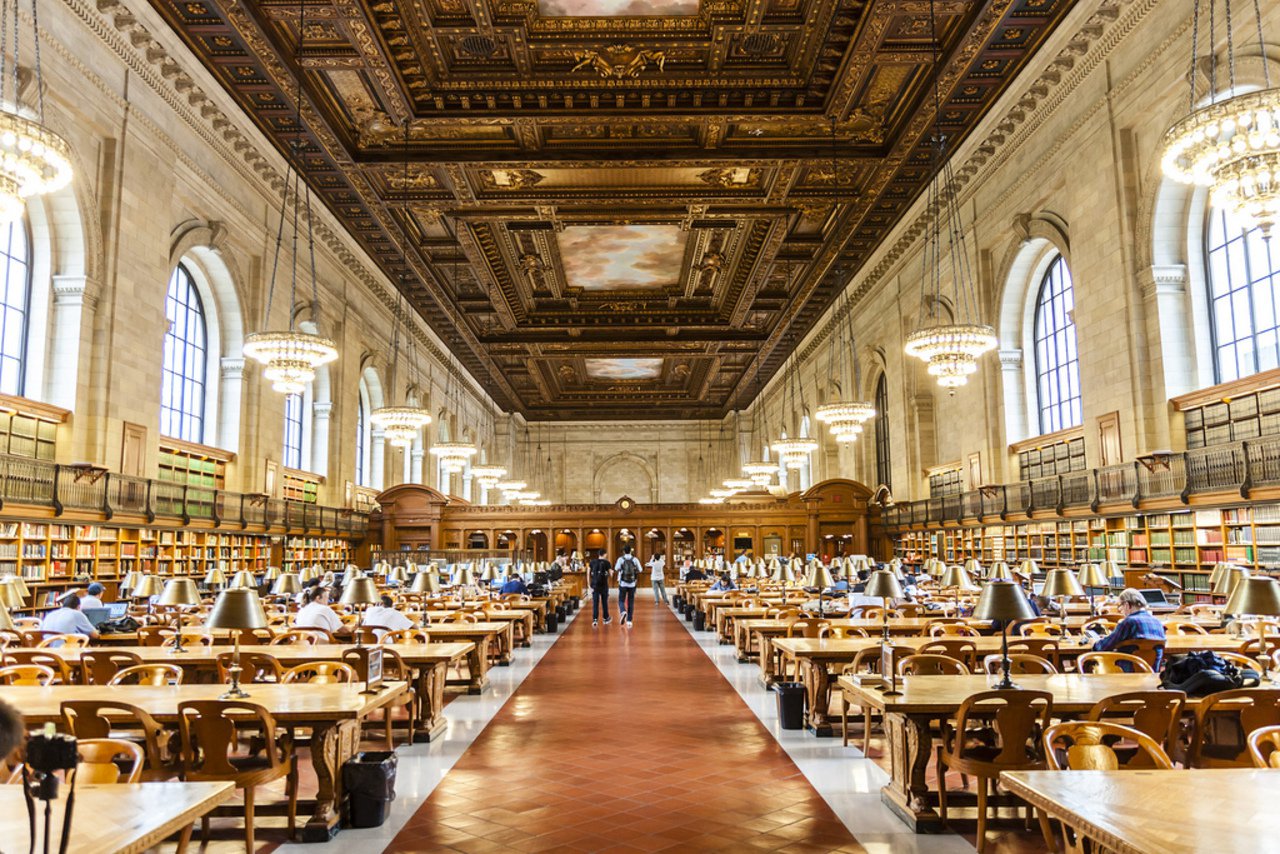 In 1899, the reservoir was replaced by the New York Public Library, one of the city’s most important pieces of architecture and culture. Many prominent citizens of the late 19th century were of the mind that a city quickly catching up to the international significance of Paris and London needed a cultural epicenter in the shape of a great public library. One such prominent citizen, former New York governor Samuel J. Tilden, set aside a bulk of his fortune to establish a free public library in the city. He entrusted New York attorney John Bigelow, to devise a plan to combine the resources of the existing Astor and Lenox libraries, who were experiencing financial duress, to form The New York Public Library. The plans were signed on May 23, 1895, and the library was deemed an “unprecedented example of private philanthropy for the public good.”

The structure itself, considered the epoch of Beaux-Arts architecture in the United States, was overseen by Dr. John Shaw Billings, who sketched out blueprints, complete with the enormous interior reading room and those iconic exterior lions (prime trivia answer here; they’re named Patience and Fortitude). Billings commissioned the architecture firm Carrère and Hastings to design the library, which was finally completed in 1911 after almost a decade of building.

The park was partially closed to the public for much of the 1920s while the IRT subway lines were being built under 42nd Street, and much of the park became a veritable storage space for the construction equipment. In 1933, the Architects’ Emergency Committee launched a contest to redesign the park, and Lusby Simpson, an architect from Queens, got the winning submission to transform the park into a large, classic central lawn with formal pathways, an oval plaza, and stone balustrades. Robert Moses executed the plan when he was made Parks Commissioner in 1934.

The ‘70s and ‘80s took its drug and crime-ridden toll on Bryant Park as it did on much of the city, but a plan to take back the park in the early ‘80s helped turn that around. Andrew Heiskell, Chairman of Time Inc. and the New York Public Library, along with Harvard Business School graduate Daniel A. Biederman, and spearheaded by the Rockefeller Brothers, created a seven-year plan to generate revenue and bring people back to Bryant Park, aka the Bryant Park Restoration Corporation. The renovation included redesigning the French gardens, repairing paths and lighting, restoring the park’s monuments, and implementing designs for restaurant pavilions and concession kiosks. When the park reopened in April 1992, it was lauded as an urban success story by the media, urban planners, tourists, and citizens of New York City, with the Urban Land Institute stating in its award citation, “the success of the park feeds the success of the neighborhood.”